NIR BITTON has knocked back an offer to join Maccabi Tel Aviv.

The 30-year-old midfielder, who left Celtic last month after nine years at Parkhead, rejected the opportunity to return to his homeland.

The Israeli international, who was signed by Neil Lennon from FC Ashdod in August 2013, is on the look-out for a new club, but is clearly in no rush to make a quick decision. 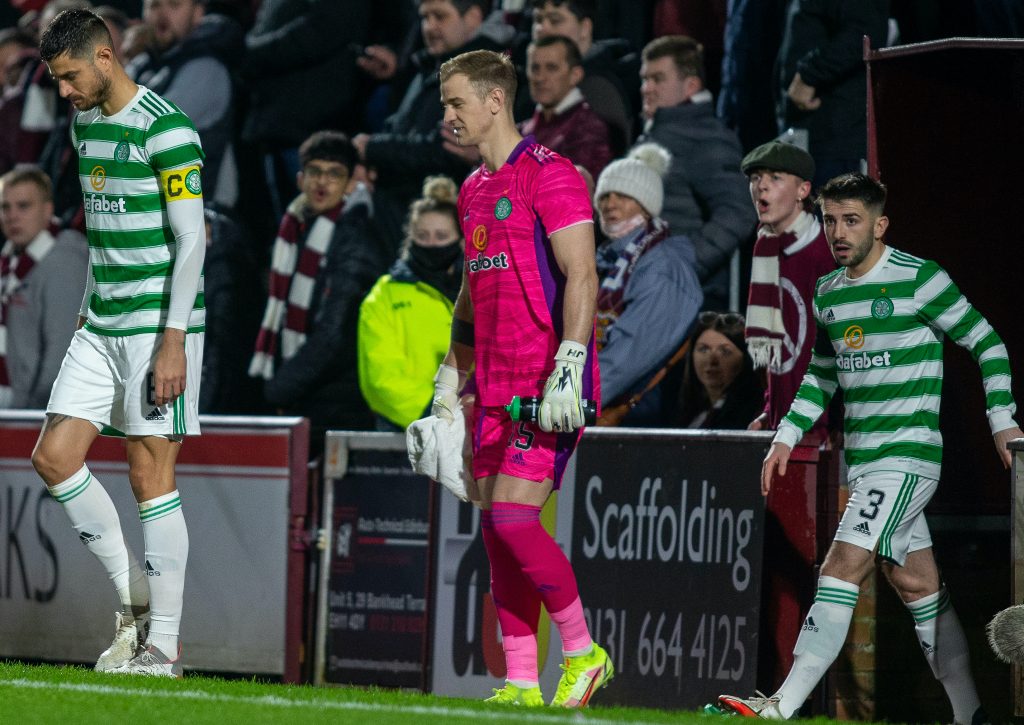 CAPTAIN’S ROLE…Nir Bitton, taking over from the injured Callum McGregor, leads out Joe Hart and Greg Taylor in Celtic’s 2-1 win over Hearts at Tynecastle on January 26.

The Maccabi outfit, who finished third behind winners Maccabi Haifa and Hapoel Be’er Sheva last term, are now weighing up making a second offer to Bitton who has other bids to consider, according to a report in the Scottish Sun.

The player made a final emotional appearance for the Hoops when he was handed the captain’s armband as he came on for Callum McGregor near the end of the 6-0 win over Motherwell on May 14 as the curtain came down on a memorable season.

Bitton, who won a phenomenal 18 medals during his time in Glasgow with eight titles, four Scottish Cups and six League Cups, said his farewell along with Aussie Tom Rogic as they shared the honour of carrying out the newly-won Premiership title in front of a celebrating packed house at Parkhead.