Celtic Quick News on News Now
You are at:Home»Football Matters»BITTON SPEAKS UP FOR CELTIC
By CQN Magazine on 14th October 2015 Football Matters
CLASSY Celt Nir Bitton has defended the quality of Scottish football after criticism from the Israeli press.
The midfielder has been in his homeland on international duty and faced questions from the local media that the Scottish top flight was now inferior to its Israeli equivalent.

That was a claim the 23-year-old firmly rejected, affirming that he is more than happy with how he has developed since moving to Parkhead.

He insisted: “I’d rather play for Celtic in the Scottish Premiership than Maccabi Tel Aviv in the Champions League group stage.

“The Scottish Premiership is simply better than the Israeli league. 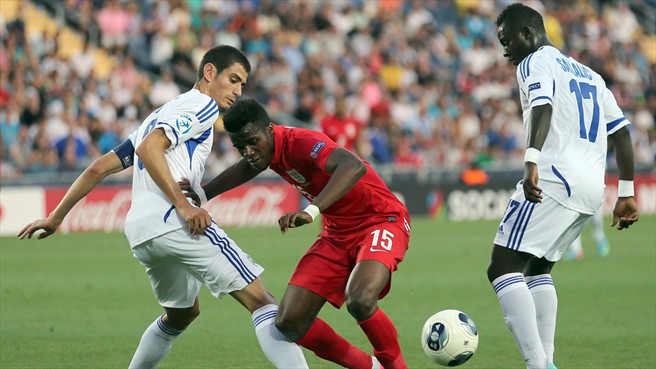 “The Israeli league is more technical while the Scottish Premiership is stronger, faster and more intensive.

“It’s completely different and it’s hard to put into words what Celtic means. There’s certainly nothing like it in Israel – 50,000 fans for every game, amazing support and a powerful club.

“Everything at the club runs smoothly and I’m enjoying every minute of it and have no thoughts about leaving.

“It’s not the sexiest league in the world, but the games are tough and our opponents give 200 per cent. We’re expected to win every game, but it’s not always possible.”

Despite his overall contentment with life in the east end of Glasgow, Bitton is still stung by Celtic’s failure to reach the Champions League group stage for the second successive season.

A 3-2 win over Malmo in the first leg of their play-off ultimately proved insufficient as Ronny Deila’s men slid to a deeply disappointing 2-0 reverse in Sweden.

Bitton said: “We really missed out. A club of Celtic’s stature is expected to qualify for the Group Stage every season and that’s as it should be.

“We failed in the play-offs and threw away a good lead against Malmo. We should have been able to beat them, but things don’t always go to plan.”

Arsenal scout Brian McDermott was present at the 2-2 Europa League draw with Fenerbahce at Celtic Park earlier this month, with Bitton thought to be one of the players he was monitoring.

The stylish operator still has two years left on his contract and Celtic are keen to extend that agreement further.

Bitton was suspended for Israel’s visit to Belgium last night having picked up a yellow card in Saturday’s shock 2-1 home defeat from Cyprus, the result which saw Wales qualify for Euro 2016 despite a 2-0 loss in Bosnia.

However, he was the only player to escape criticism from national coach Eli Guttman after scoring a spectacular second-half equaliser.

“Every player should have been playing at their peak in a game like this, but nobody was except Bitton,” said Guttman.