Celtic Quick News on News Now
You are at:Home»Latest News»BITTON’S DEBT TO LENNY
By CQN Magazine on 11th May 2020 Latest News

NIR BITTON has revealed he is determined to make Neil Lennon proud as he looks forward to 10 years as a Celtic player.

The versatile Israeli international, 28, was brought to Parkhead during the Irishman’s first stint in August 2013 and he agreed a contract extension in December last year that will keep him at the champions until June 2023.

Bitton, who was out for almost an entire season through injury in 2018, has admitted he will be forever grateful to Lennon for being given the opportunity to play for the Parkhead club.

The team boss and the player, who is comfortable in central defence and midfield, were reunited in February last year, of course, when Brendan Rodgers made his sharp and unexpected exit to Leicester City. 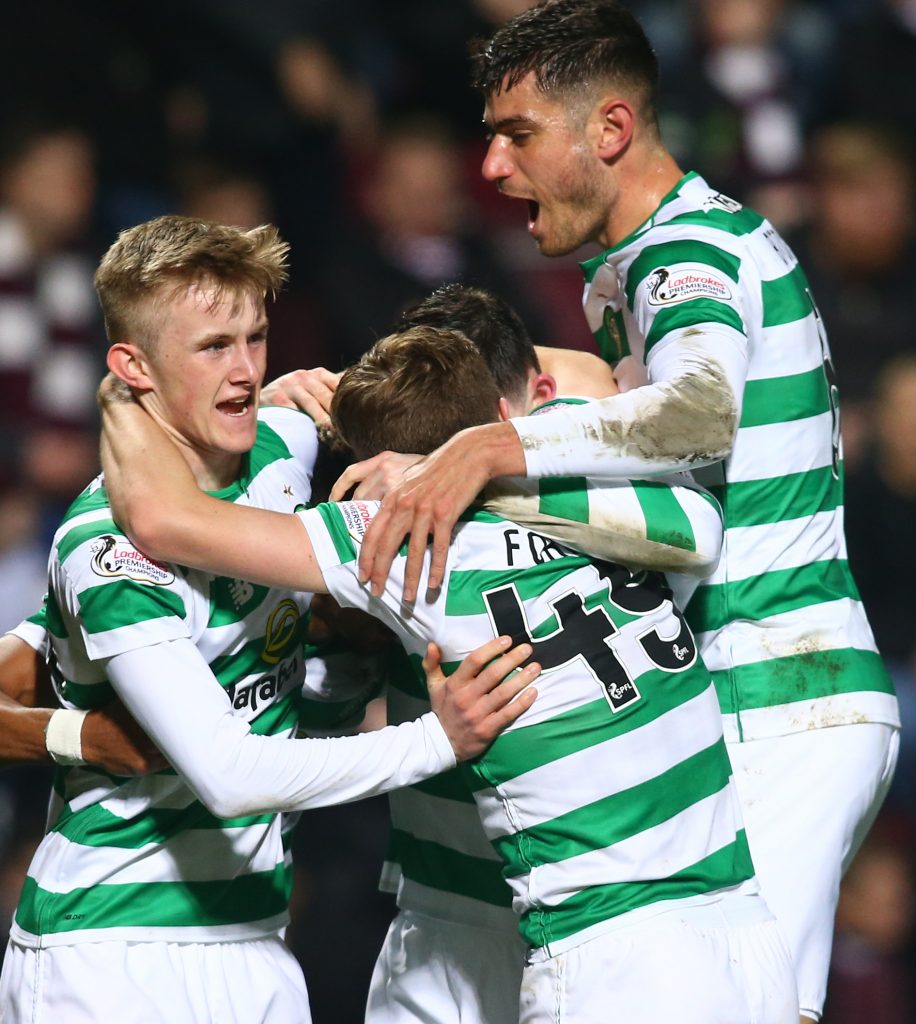 WELCOME BACK, BOSS…Nir Bitton celebrates with Euan Henderson after James Forrest’s goal in the 2-1 win over Hearts at Tynecastle in February 2019 – Neil Lennon’s first game on his return to the club.

Bitton, who is in his homeland during the coronavirus pandemic lockdown, told Celtic TV: “He’s the manager who brought me to Celtic, he’s the manager who gave me the opportunity, and I’ll be very grateful to him for the rest of my life.

“Me and the gaffer have a very good relationship. He’s a very honest man, he’s a top man to work with, the one-on-one coaching is the top level and I’ll do everything I can to make him proud.

“He returned last season under not the easiest of circumstances. It was a tough time when Brendan left. For us, the senior players, we knew him from before and obviously we tried to help him, speak to the other guys about what he wants, what he’s like.”

It transpired to be a glorious comeback as Lennon guided the team to an eighth successive crown as well as adding the Scottish Cup with a 2-1 victory over Hearts at Hampden on the iconic date of May 25 to complete the historic treble treble.

The smooth operator added: “When I first signed with Celtic when I was 21 years old, if you had told me back then that I would be at Celtic for 10 years, I would have bitten your hand off.

“It’s like a dream come true for me, for my family to play at this level for a long time and I just want to keep it going and to try and help the team win games and trophies and be part of this successful club. And also to make sure we’re making everyone proud.

“When you’re out for almost a year, and you suffer a tough injury, you start to appreciate the small things in life. You don’t take the simple things in life for granted. I’ve said it before, that every single minute I get on the pitch I will try to do my best and try to help the team.

“Right now, for me, it’s about trying to stay fit, stay healthy and aim to play as many games as I can and win trophies with Celtic.”