NIR BITTON admitted he is not concerned if Celtic win ugly in their bid for five successive Premier League titles.

The Hoops are eight points ahead of Aberdeen with five games to go and the championship is in sharp focus.

Bitton lasted the entire 90 minutes of the 2-1 victory at Motherwell and said: “We came into the game knowing we had to win this match.

“It didn’t matter how we won. We played well in the first-half and created a lot of good chances and their keeper had a very good game.

“We could have scored four or five in that period, but this is football and we conceded after the interval to make it 1-1.

“The most important thing was that we won the game.

“Every match in the Scottish league is tough, especially away from home. It was just vital that we won and we have a big gap between us and Aberdeen.

“We are in a good place right now and we just want to keep going.

“Hopefully, we can also get into the Scottish Cup Final and finish with the double.”

The classy Israeli international midfielder also praised Leigh Griffiths, who took his goal tally to 37, despite squandering his fourth spot-kick of the campaign.

Bitton said: “Griff has kept us in a lot of games this season. Sometimes the best players in the world can miss a penalty.

“But he scored twice to give us the win and that’s the most crucial thing for him. ”

LEDLEY CAN MAKE THE DIFFERENCE 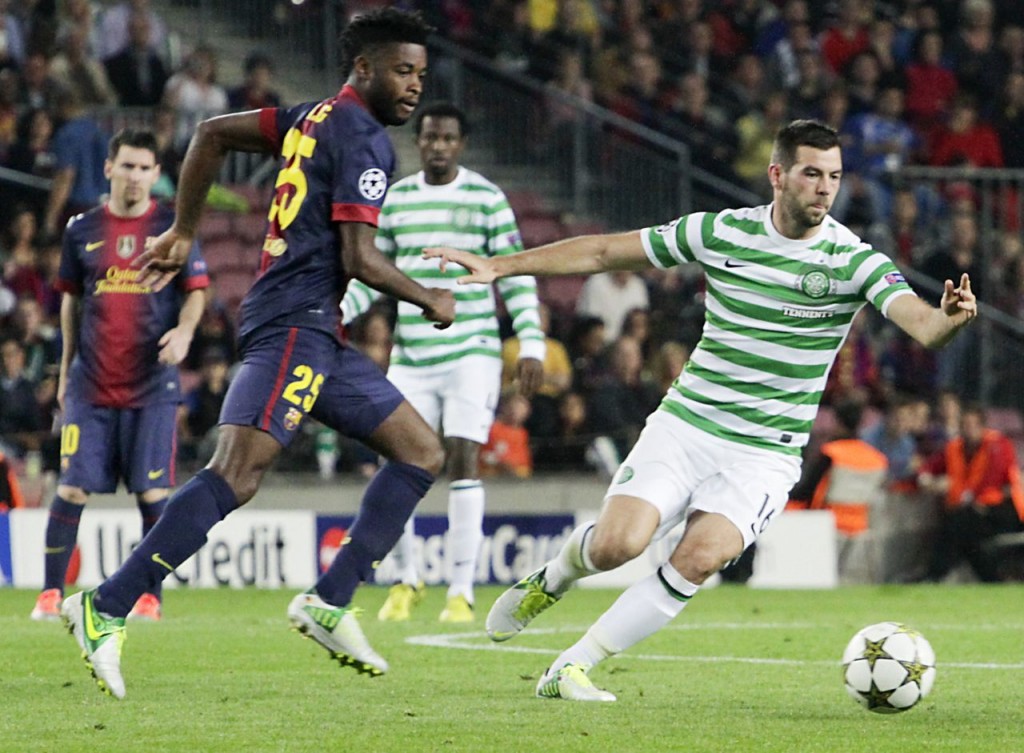 FORMER Celtic star Joe Ledley can make the difference this week when back on form Crystal Palace take on Everton at Selhurst Park on Wednesday evening  before an away trip across London to face Arsenal in a match that is crucial for both sides on Sunday. Two more wins, after beating Norwich at home on Saturday would see the Selhurst Park side secure their Premier League future and delight their supporters and no doubt their shirt sponsors at Mansion Casino.

While Jason Puncheon was celebrating his first goal of the season against Norwich City on Saturday which gave Palace three crucial points, Arsenal were saying goodbye to their chances of winning the league due to Andy Carroll’s hat-trick for West Ham in a 3-3 draw.

Puncheon, like Carroll could have been forgiven for thinking that Saturday was their lucky day and a visit to Palace’s shirt sponsor, Mansion Casino, the online casino at casino.com might have been a good idea!

Certainly Puncheon’s goal, which pushed Palace six points clear of Norwich, is likely to be regarded as winning the jackpot for the club, should it, as looks likely, helps maintain Palace’s Premier League status.  Having gone 14 games without a win, the Palace fans could have been forgiven for thinking that Saturday could have been another unlucky occasion and a Norwich win would have seen them draw level with their London relegation rivals. However one lucky strike from Jason, who was emotional while celebrating the goal and again at full time, showed just how special a moment this was for the club. 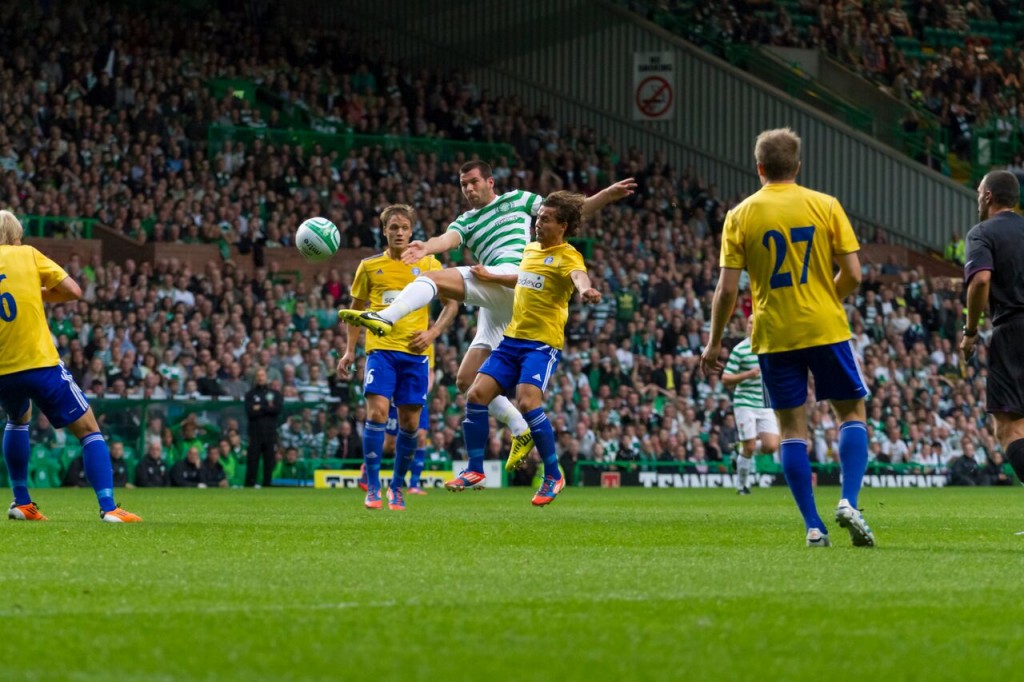 Celtic fans will remember Joe Ledley as a man for the big occasion. His headed goal against Rangers in late December 2011 pushed Celtic to the top of the league and on towards the title. Celtic are still winning titles and are about to achieve 5 in a row in the coming weeks. This will only be the third time in the club’s unbroken history that this has happened and Crystal Palace midfielder Ledley played his part.

But the Welsh international will be fully focused on wins against Everton and Arsenal and don’t bet against him grabbing a vital goal or two!

Crystal Palace’s supporters are some of the best in English football, with the atmosphere they create at Selhurst Park, probably the most impressive of any side in the league. If Ledley and Puncheon can do their bit to secure Premier League status for the club this week, these supporters will be on an amazing high and may also venture onto Mansion Casino, the online casino at casino.com – after all, it will be their lucky day!