Celtic Quick News on News Now
You are at:Home»Latest News»BITTON’S FINAL FAREWELL: ‘I TRIED TO GIVE MY BEST’
By CQN Magazine on 19th May 2022 Latest News

IT was fitting Nir Bitton went out as a winner at Celtic when his nine-year association came to an emotional conclusion at the weekend.

The 30-year-old Israel international picked up a staggering EIGHTEEN medals during his time at Parkhead following his bargain £750,000 from FC Ashdod on August 2013.

In his final farewell, Bitton said: “Every time I stepped on to the pitch I tried to give my best for everyone who trusted me to do it and for my team-mates.

“For me, the only thing that mattered was the success of this club to win as many trophies as I could. 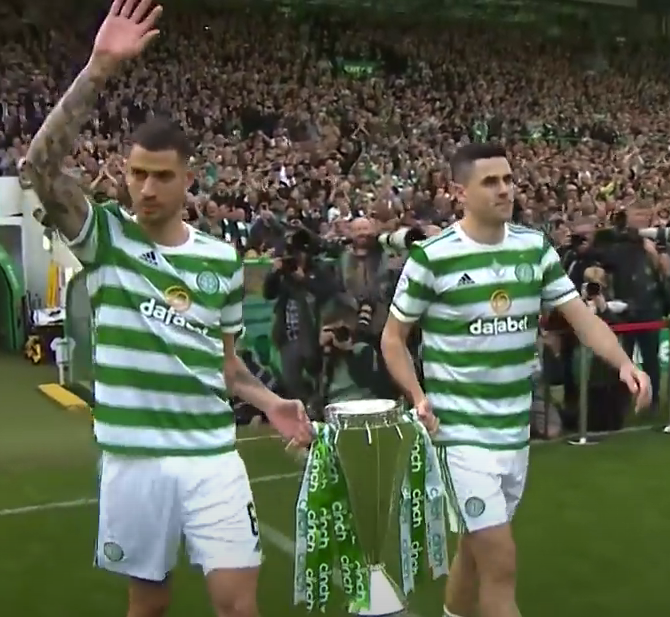 THE LAST HURRAH…Nir Bitton and Tom Rogic carry out the Premiership trophy on their final Celtic appearance.

“I had an amazing nine years which have come to an end now, it’s better to leave on a high with an amazing manager.

“No-one gave us a chance at the beginning of the season and we showed that we are built differently and I’m happy to be part of it.

“I was very fortunate to play for this club as long as I did, I never take it for granted. I always tried to give my best for the people and the club and I hope I did it.”

Hollywood directors couldn’t have stage-managed it better as Bitton stepped onto the stage for the last time wearing the captain’s armband as he replaced Callum McGregor in the fading moments of the 6-0 triumph over Motherwell at the weekend.

His last act as a Hoops performer was to congratulate Giorgos Giakoumakis after the Greek international thumped in the final goal with literally the last kick of the ball. Referee Alan Muir didn’t even give the visitors the chance to restart as he picked the ball off the centre circle and blew his whistle to signal full-time. 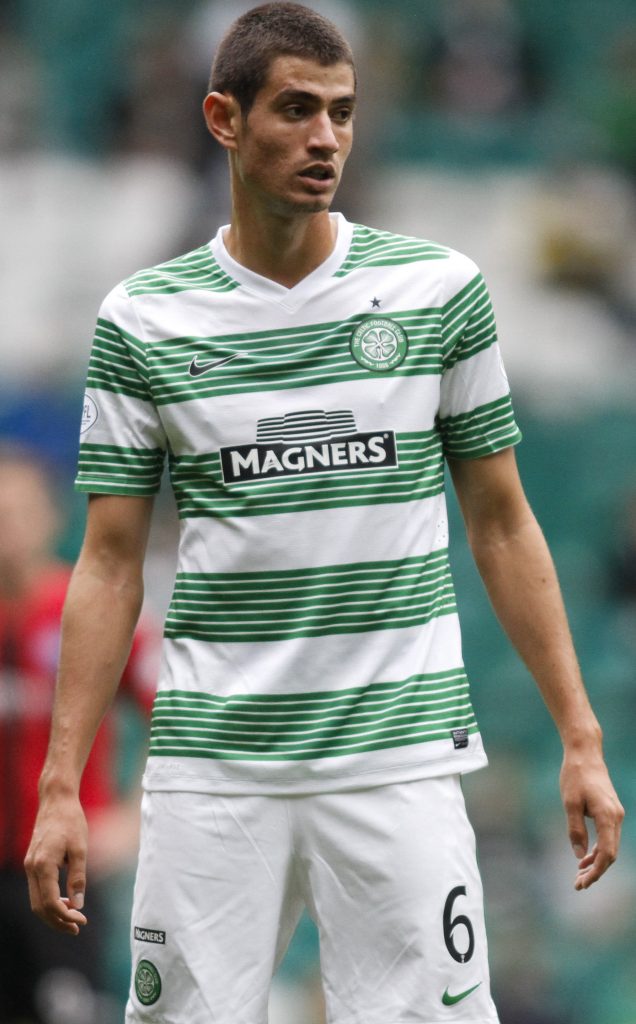 WELCOME TO CELTIC…21-year-old Nir Bitton on one of his first appearances for the Hoops in 2013.

The Premiership trophy had been won with a margin of four points and there was the poignant image of Bitton and Tom Rogic, saying his final good-bye at the same time, came out of the tunnel sharing the duties of bringing the impressive silverware onto the pitch to kick-start the party.

The versatile performer, who has two Scottish-born children and another on the way, told Celtic TV: “I never thought this day would come, but now it’s come it’s a really sad day for me.

“This is all I know, this club, I’ve been here for nine years as a foreigner, I came here as a young boy.

“If you told me when I signed here that I would stay for nine years and win 18 trophies and make more than 270 appearances I would have bit your hand.”

Bitton added: “It’s just a great achievement for me and my family and I’m just glad I had the opportunity to play for this amazing club, be part of this decade of the club and I’m very sad to leave.

“This club gave me a lot, it transformed me into the person and player I am today.

“I’m just glad I had the opportunity to play for this club and have these memories, win as many trophies as I won and make memories for life that will stay with me forever.”