OLIVIER GIROUD has offered a bizarre explanation into why he did not join Tony Mowbray’s Celtic in 2009.

The French World Cup-winning striker, then 23 years old, admitted he had his heart set on signing for the Parkhead club as he prepared to leave Ligue 2 outfit Tours.

Giroud was willing to knock back an offer from Middlesbrough as well as bids from top-flight homeland sides Monaco and Montpellier to move to the Hoops.

However, the powerful frontman was dissuaded from the notion in one of the craziest reasons ever given for a deal collapsing when it looked to be edging over the line. 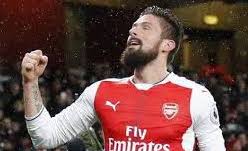 Giroud, writing in his autobiography, ‘Always Believe’, looked back at his exploits at the minnows of Tours and admitted: “I felt invincible that season. I scored 23 goals in 40 games and was the top goalscorer. I won the Ligue 2 Player of the Year trophy and my salary increased to 15,000 euros per month.

“The phone started ringing and several clubs were interested in me. Montpellier and Monaco, but also Celtic and Middlesbrough. My agents were working flat out to get me the best contract at the best club.

“My preference is Celtic and their legendary stadium, with its 60,000 capacity, is the stuff of dreams. I could already see myself there. Strategically, this club would be a great springboard to realise my ambition to eventually play in the Premier League.

“But, in the meantime, my agents Alain and Guillaume come up with the idea of approaching Louis Nicollin, the now much-missed chairman of Montpellier. They advised me to take his call and told me: ‘You are free to decide which club you want to play for, but you should listen to what he has to say’.

“Flattered that this legend of French football wants to speak to me, I agree. Listening to him, I realise how much this club wants me. Straight off, he says: ‘What are you going to do in Scotland in KILCHMARCHNOCK!’

THE WAY AHEAD…ill-fated double-act Tony Mowbray and Marc-Antoine Fortune during their brief stay together at Celtic.

“Mentioning the town of Kilmarnock is a slightly round-about way of bad-mouthing the whole Scottish championship. The chairman is desperate to persuade me not to sign for Celtic, who at this point are top of my list.

“He said: ‘Come to us, you’ll be all right — you’ll be happy’. He explains his club’s strategic plan in great detail. His star striker has left and Nicollin assures me I will be No 1.”

Giroud, now with Serie A cracks AC Milan, added: “I’m becoming more and more tempted by his offer. I ended the call asking if I can think about it for a little while, but I already know my future lies with this club.

“After talking to Montpellier, my agents came to see me with the financial offers from various clubs who are interested, including Celtic and Middlesbrough. They were offering twice as much as Montpellier. At no point do Alain and Guillaume use this as an argument to try and persuade me to move abroad.

“Quite the opposite, in fact. They say: ‘Would you not like to leave your mark on Ligue 1 before you head overseas?’. It’s a good argument and I signed for Montpellier for three years.” 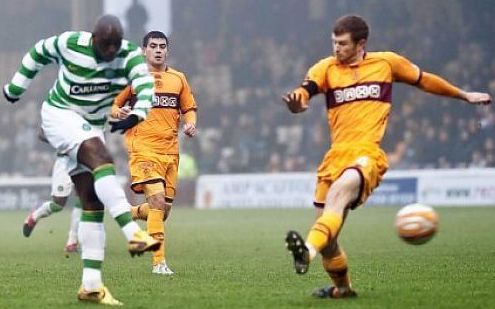 WALLOP…Marc-Antoine Fortune scores his most memorable goal for Celtic as he thunders in the winner in a 3-2 success against Motherwell at Fir Park in December 2009.

Thirty-five-year-old Giroud eventually landed in the Premier League when he joined Arsenal in a £9.6million deal in 2012.

He spent six years at the Gunners before crossing London for an undisclosed fee to join Chelsea and left this summer on a two-year contract for the San Siro giants.

The ill-fated Mowbray, who had just taken over at Celtic from Gordon Strachan, turned his attention to another French frontman, Marc-Antoine Fortune, a tall attack-leader he had on loan the previous season from Nancy at West Brom.

He splashed £3.8million on Fortune, but injuries and bad luck dogged the player during his time in Glasgow.

Mowbray was sacked after a 4-0 loss to St Mirren in Paisley in March 2010 and the Frenchman, who scored 12 goals in 43 appearances, returned to the Hawthorns on a permanent deal shortly after the start of the 2010/11 campaign.

Fortune never won a full cap for his country while Giroud claimed 46 strikes in 110 appearances and is still hoping to add to that tally.