The versatile defender realises that losing to a “Rangers” team from the lower leagues, the only time it is ever likely to occur, will never be forgotten.

Mulgrew said: “We’ve lost an Old Firm (sic) game and nothing really makes up for that. It’s done, though, and we need to concentrate on the next thing now, which is winning games for Celtic and winning the league.

“This game will need to be put behind us and, as hard as it will be, we have to move on. We’ve got to try and win everything in this country and that was our aim.

“The Cup Final is always a great day at the end of the season, but we’ve not got that now. We’re gutted. 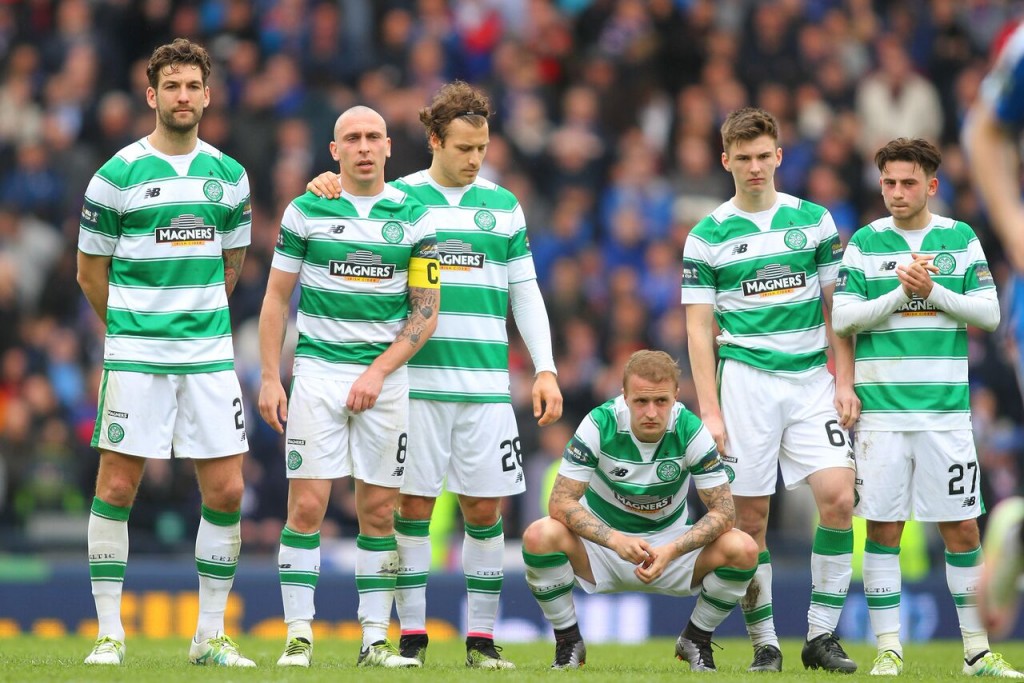 ”Our aim was to get into the Final of the Scottish Cup. The fact it was an O** F*** (sic) game added an extra edge to it and we’re devastated.

“We never played the way we could play and that’s the most disappointing thing. To lose it on penalties is just a further blow.

“There’s no worse or better time to win or lose these games and so it’s just devastating. There are no second chances.

“We didn’t do it on the day and we can only blame ourselves. It’s one of my lowest moments in football.

“We take full responsibility, the players on the pitch. We didn’t turn up as a team, we didn’t perform.

“We knew over 120 minutes we never did enough. We came to play our best and if we could have put in a better performance then I’m sure it could have been different for us. It’s ifs and buts, though.

“We knew that was the way they were going to play. As a team we never did enough.

“It’s going to take a lot to get over it but all we can do is look forward. What’s done is done.”

Mulgrew, 30, who is still waiting to agree a new contract at the Hoops, was asked about Ronny Deila’s situation.

He replied: “That comes with being manager of Celtic, I’m sure he’s used to these questions.”