BOLI BOLINGOLI will have to curb his enthusiasm for bombing forward – and Neil Lennon has promised to get to work on the Belgian left-back as the season progresses.

The 24-year-old defender arrived at Celtic a couple of weeks ago in a £3million deal from Rapid Vienna and the supporters wondered what to expect from the flamboyant character.

Bolingoli was seen by many as the natural successor to Kieran Tierney – if the fans’ favourite was lured away from his beloved Parkhead in a big-money move with Arsenal persistently named as suitors and figures such as £25million being bandied around.

The No.3 position, like the full-back slot on the opposite flank, had become a problem spot for Lennon with Emilio Izaguirre leaving at the end of his contract to join the exodus that also included Mikael Lustig, Cristiano Gamboa and Jeremy Toljan from the back-four wide berths. 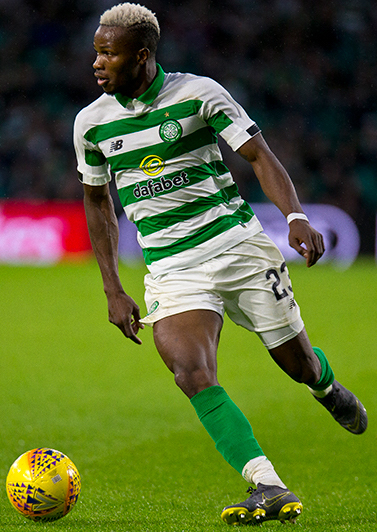 The Irishman admitted he likes what he has seen so far of the player and doesn’t believe he is weighed down by the expectation of possibly filling Tierney’s boots.

Lennon, speaking to the Daily Record, said: “No, I don’t think he’s aware of that and we’re not putting any pressure on him.

“Boli just has this sort of cavalier style at times which we might have to just rein in a little bit.

“I like it, though, I like his attitude and his will to get forward. There are times when we will just have to temper his enthusiasm to get forward at times.

“But he’s just in the door and we haven’t really had a lot of time to work with him as an individual, but we will.”