Celtic Quick News on News Now
You are at:Home»Latest News»BOLINGOLI REVEALS TARGET: TO HAVE FUN
By CQN Magazine on 13th July 2022 Latest News

FUN-LOVING Boli Bolingoli broke strict Government Covid regulations for a hush-hush break with his girlfriend to Spain in August 2020.

The blundering Belgian’s secret sunshine trip was exposed AFTER a cameo appearance in the 1-1 draw with Kilmarnock at Rugby Park in the second Premiership game of the club’s disastrous quest for a historic tenth successive title.

Bolingoli, who cost £3million when he arrived from Rapid Vienna the previous summer, never played again for Neil Lennon and was packed off to Turkey on a season-long loan with Instanbul Basaksehir. 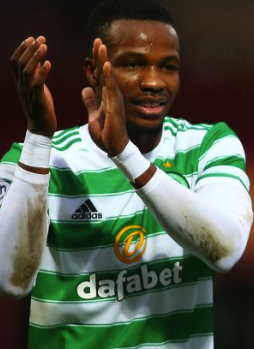 THE LAST HURRAH…Boli Bolingoli applauds the fans after Celtic’s 2-0 win over Motherwell at Fir Park on October 16, his final appearance for the Hoops.

He returned to Parkhead in June last year and made two first-team appearances for Ange Postecoglou – the 1-0 loss at Livingston in September and the 2-0 win at Motherwell the following month – but didn’t figure again as the Hoops claimed the Premier Sports League Cup in December and sealed a remarkable championship success in May.

Bolingoli went into cold storage when he agreed a short-term temporary transfer at Russian side Ufa which was shelved when the country invaded Ukraine in January.

Now the Hoops outcast has finally left the club on a two-year deal to KV Mechelen, as CQN reported yesterday. 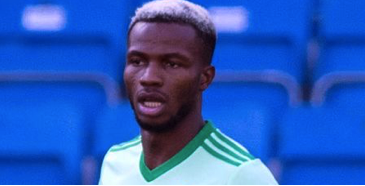 NOT-SO-HAPPY RETURNS…Boli Bolingoli in action against Kilmarnock at Rugby Park in August 2020 only days after his secret break in Spain.

And the 27-year-old defender has admitted one of the reasons he returned to his homeland was to have…FUN.

Bolingoli, who made a mere 31 outings for Celtic, told the club website: “I was just looking for a club where you feel like a family.

“From the first contact that was immediately clear. I want to play again and have fun.

We may not have heard the last of Bolingoli’s footballing escapades.