Celtic Quick News on News Now
You are at:Home»Football Matters»BONNER PRAISE ONLY FOR TIERNEY AND ROGIC
By CQN Magazine on 18th April 2016 Football Matters
PAT BONNER claimed Kieran Tierney and substitute Tom Rogic were the only Celtic players who performed at Hampden.
After 2-2 following extra-time, Callum McGregor, Scott Brown and the Aussie squandered penalty-kicks and blew the chance of a Scottish Cup Final meeting with Hibs next month. 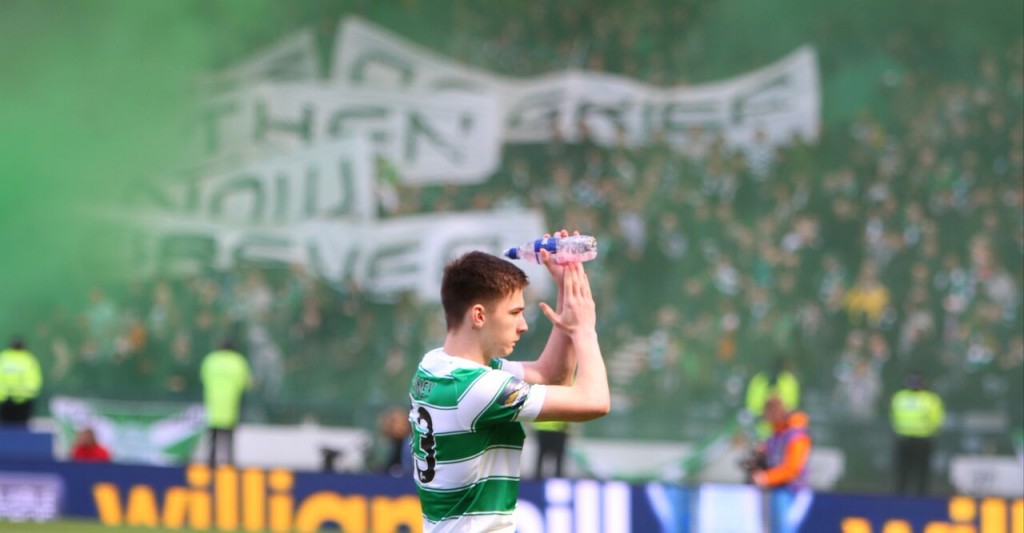 The Hoops’ legendary goalkeeper said: “Young Kieran Tierney was one of the best players, but the rest of them didn’t really perform, until Rogic came on.
“I thought Ronny Deila did a good job at half-time. He really got them to come out and put Rangers (sic) to the sword early in the second-half, and again he got them going in extra-time.  So, he deserves a bit of credit.
“It is going to be tough for him because the media will  apply a lot of pressure on him.

“It is hugely disappointing for Celtic. They should have enough in that team to go and perform better than that in the first-half and take the game to Rangers (sic).

“They still have the league to look forward to, but it is going to be a tough four or five days for them.”