BRENDAN SWEENEY has produced two captivating volumes on Celtic Football Club which will make essential reading for supporters interested in the formation of the identity of the club.

‘CELTIC: The Battle for the Club’s Soul: Volumes 1 & 2’ make for absorbing and compelling reading and the author has delved into yesteryear to provide exhaustive research into the days of monumental transformation at Celtic, the fascinating decisions that were reached that would live with the club until this very day.

Brendan Sweeney’s debut book, ‘CELTIC: The Early Years’ was published by CQN Books in 2015 to well-merited acclaim. That tome forensically detailed the years between 1887 – 1892.

In his follow-up quest, the writer spent five years sifting through archive material in his dedicated journey back in time to produce two volumes, each over 400 pages containing vital information and skilfully crafted as previously unknown details have been unearthed and presented in an extremely readable manner. 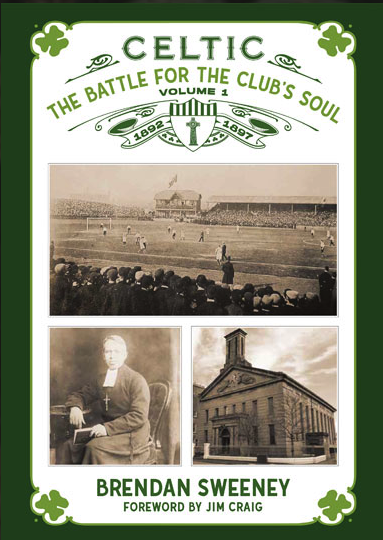 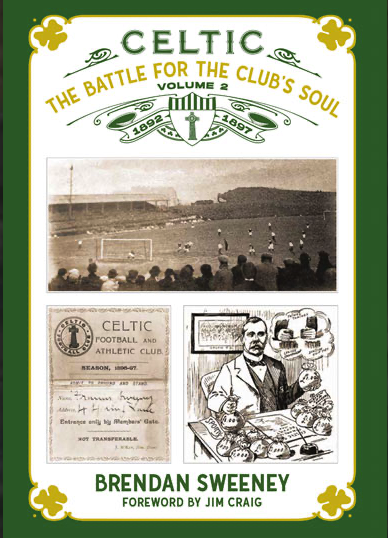 As the titles of the volumes indicate, these are the stories of behind-the-scenes internal boardroom confrontations as Celtic became a force on the football fields throughout the country. At stake was the club’s charitable origins following Brother Walfrid’s departure in the summer of 1892. The power struggles back then were as intriguing as they were engrossing. Brendan Sweeny does not miss a beat as he explores the reasons behind the history-making decisions.

It is an epic journey well told by the author as he dissects information between the crucial years of 1892 and 1897.

Author Alex Gordon, whose fifteenth Celtic book, ’50 Flags Plus One’ has just been published, told CQN: ‘Our proud boast emphasises Celtic are so much more than a football club. Brendan Sweeney’s very readable volumes underline that stance. The beguiling tales, ranging from obscure to undiscovered, come thick and fast. It’s an enthralling and enchanting odyssey through sepia-coloured days. Well worth the read if you wish to enhance your knowledge of one of the world’s greatest football clubs.”