Celtic Quick News on News Now
You are at:Home»Latest News»‘BOOM’: BROONY AIMS FOR 10 IN A ROAR
By CQN Magazine on 16th June 2020 Latest News

SCOTT BROWN is hoping for ten in a ROAR when Celtic kick off their bid to gatecrash history on August 1.

The Hoops skipper, who has now equalled club legend Billy McNeill’s achievement of lifting nine successive titles, is totally focused on the club going into double figures as they aim to continue their glorious sequence.

Brown is determined for the team to hit the ground running as they prepare for their first competitive action since Leigh Griffiths lashed in a superb hat-trick during the 5-0 league triumph over St Mirren in the east end of Glasgow on Saturday, March 7.

Football went into cold storage, of course, in mid-March due to the coronavirus pandemic. At that stage, the nation’s title kings were 13 points ahead at the pinnacle with only eight games to play. The SPFL bosses awarded the team the flag last month when they called a halt to the campaign for health and safety purposes. 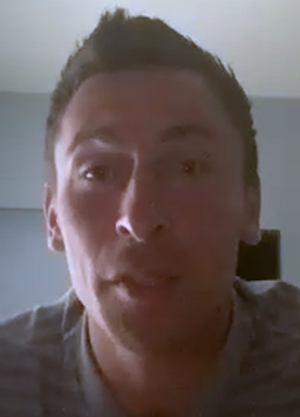 Brown, speaking to Celtic TV, said: “Every season is a big one for us. We always take it one game at a time. We don’t want to be looking ahead, shouting about 10 in-a-row. What’s important for us is to start the season well.

“We did well in the Cups this year and it was a great season. There was a lot of talk, a lot of ups and downs, but we got over all of that and I think that’s what a strong and quality team does.”

Brown and his team-mates racked up 28 points from a possible 30 when they returned from their mid-season break – the only hiccup coming in the 2-2 draw at Livingston – while tacking up victories in three Scottish Cup-ties.

“With that, we can start the season with a proper boom.”