KRISTOFFER AJER will play against FC Riga in the Europa League third qualifier in Latvia tonight – despite transfer speculation linking him with AC Milan.

And Neil Lennon admitted he had no hesitation to place the Norwegian international in central defence alongside new Bhoy Shane Duffy, who will be making his European debut for his lifelong favourites.

Ajer has been linked with the Serie A outfit for over a year and it appears to be one of those stories that will not go away. However, the Parkhead chief is not impressed and has already stated any offer around the £14million mark would “not cut it” for the 22-year-old utility player.

Christopher Jullien has been left at home to work on his back problem to get him fit to face Hibs in the east end of Glasgow on Sunday in another crucial Premiership game. 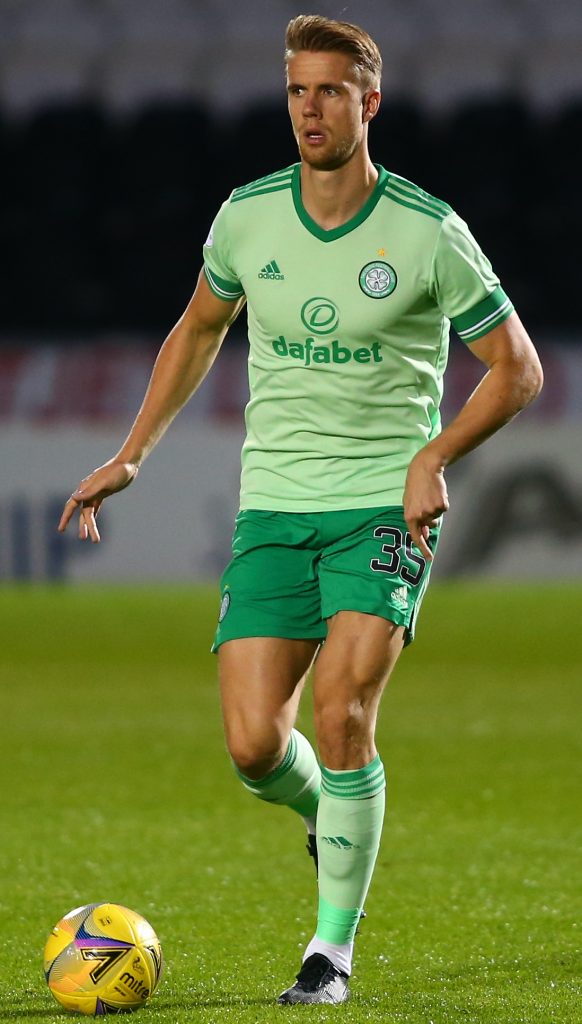 The Hoops gaffer is in no doubt that Ajer is in the right frame of mind to do the business against the Latvians as the side attempt to win a place in next week’s play-off.

Lennon, speaking to Sky Sports News, said: “He is very focused. He will start and he’s looking forward to the game.

“You can’t control speculation. As always, there’s been no concrete offers or concrete confirmation of anything and we don’t want to sell him.

“He’s in a good place mentally. I spoke to him on it yesterday and I’m there to support him.

“It can sometimes be a very distracting situation that he finds himself in, but he’s getting all the support he can from myself and the backroom staff and obviously his team-mates.”