The Danish international centre-back, currently on loan at former club FC Midtjylland, admitted he still tunes in to watch the Hoops in action.

And Sviatchenko, who was brought to Parkhead by Ronny Deila in January 2016, has been impressed by the form of 19-year-old Ajer since he was introduced to the team in December.

He insisted: “Kristoffer is such a good player and I have been watching all the games on Celtic TV.

“I can see how he is developing by staying in the team. He is still very young and for the manager to have that faith in him will really encourage him.

“Because he has the foundations of being a central midfield player, you can see how comfortable he is on the ball and carrying the ball out of defence.

“I have been really pleased for him. I suspect that he will find himself called up to the full Norwegian squad when it is announced imminently and he deserves it.” 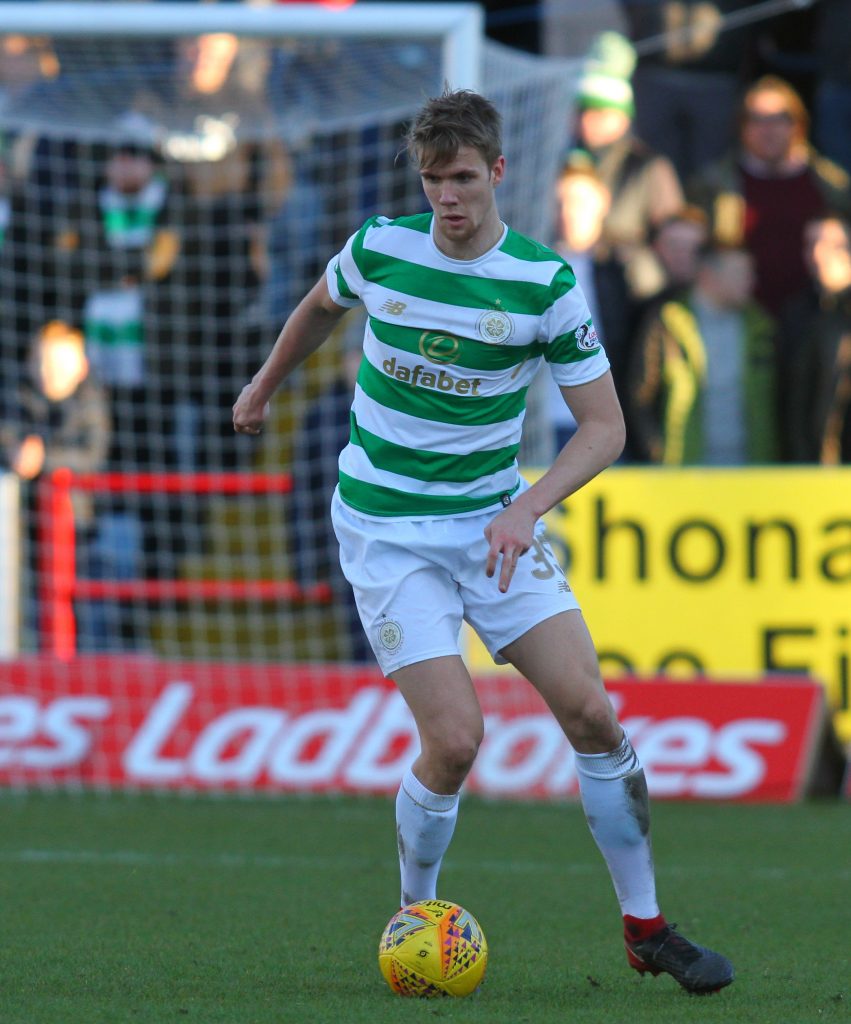 Sviatchenko, 26, turned his attention to Sunday’s game and said: “The one thing I would say about going to Ibrox is that it is hostile.

“It is intense. I always felt that at Celtic Park that the games felt cheerful and positive, but when you play as a Celtic player at Ibrox I do think you can feel the hostility.

“I think for a player like Kristoffer, who hasn’t experienced that before, it is very important that you focus only on what you can do and effect.

“You have to try to keep communicating, although that can be hard if it is very noisy, and focus as hard as you can on your game.

“I always felt that the circumstances around this game make it different, but the game itself is the same and that is what you have to focus on.

“In my experience, these are games that everyone looks forward to. It is really all about winning and getting three points.

“The manager is very calm, very measured. Brendan will point to the fact that it is like every other game and his preparations will be as meticulous as it is for every match Celtic play.

“But he knows that it is a big game. He looks to make sure that the pressure is taken off the players as much as possible. He keeps it calm and focused.

“I don’t think you can get away from the fact that the game itself is intense. I think the one thing that can take you aback if you don’t have too much experience of the fixture is just how tense the game itself can feel.

“Tackles fly in and it can get heated and that is why you need a calm head.”

On his future, Sviatchenko admitted: “Football is football and no-one can ever really predict what will happen.

“If it happens that my time at Celtic has reached its natural end then I will always be proud to have played for such a huge and special club.

“I will always look with fondness on the time I spent at Celtic.”