NEIL LENNON has admitted he is swithering on giving £7million new Bhoy Christopher Jullien his competitive debut in the Champions League second round qualifier against Estonians Nomme Kalju at Parkhead on Wednesday night.

So far the towering 26-year-old French centre-half, who arrived from Toulouse as the club’s highest-ever defensive purchase, has only appeared in the goalless pre-season friendly encounter against Rennes last weekend.

The Hoops boss, speaking to the Sunday Mail, admitted: “Jullien has only played 50 minutes since May.

“He’s only been around for two or three weeks so there’s a bit of rust.

“He’ll be fitter and sharper after another week of training. Whether he starts the next Euro game is something we’ll gauge as we go along.”

Goalkeeper Scott Bain is already an admirer of the 6ft 5in stopper who has impressed him during work-outs at Lennoxtown.

The Scotland international said: “Christopher is strong, quick, powerful and a good passer. No-one has got by him in training yet!

“He’s had a long pre-season so is  taking time to get up to speed – but he’s a welcome addition to the team. 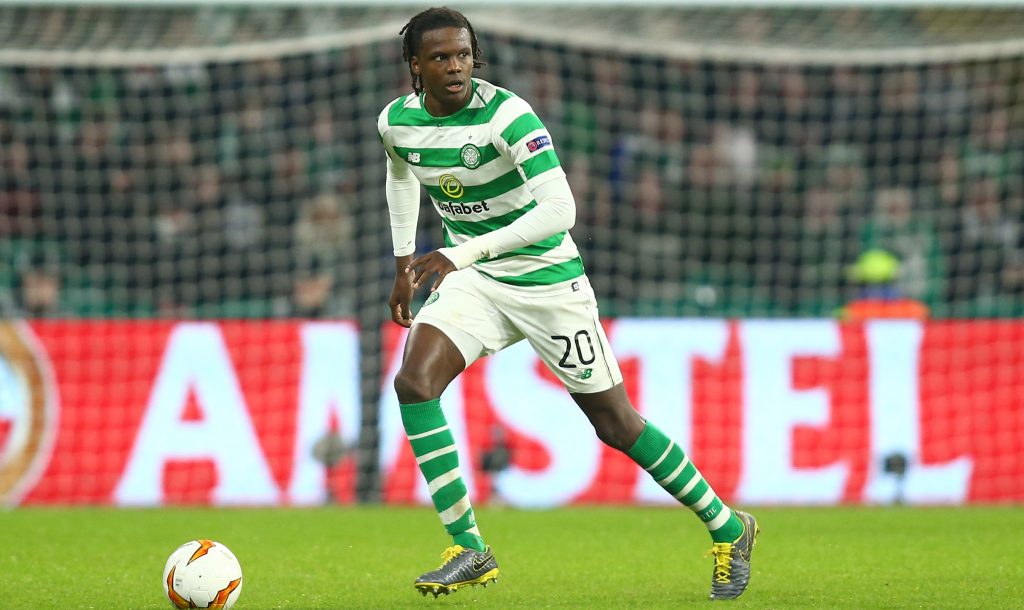 EURO FAREWELL…Dedryk Boyata makes his last home appearance for the Hoops in European competition against Valencia in February.

“It’s hard when you first come in because you are always a bit quieter  than normal.

“But he has settled in well and is a  confident boy. It will be great to have his experience in the back four.”

Lennon acknowledged he is searching for a settled rearguard with the squad losing the likes of Dedryck Boyata, Mikael Lustig, Christian Gamboa and Emilio Izaguirre at the end of their contracts while Jeremy Toljan returned to Borussia Dortmund after his six-month loan spell.

The Irishman admitted: “It’s a bit of a makeshift back four just now, but, thankfully, we have managed to negotiate the first qualifying tie.

“I’m delighted with what the players have given me so far.

“Nir Bitton has been comfortable in defence, but I prefer him in midfield. He’s a guy who can really kick on this season.

“He has missed a lot of football, but I have high hopes for him.

“I don’t want too many versatile players, guys who are jacks of all trades but masters of none. Kristoffer Ajer at right-back isn’t ideal either, but, hopefully, as this period goes on, we’ll get the right players in the right positions.”