CELTIC’S route to nine in a row kicks off this afternoon when St Johnstone visit Parkhead – and Neil Lennon has warned the champions’ squad could be even STRONGER than last season.

There is the promise of some more new faces before the September 2 transfer deadline and the Irishman is optimistic about the return of Leigh Griffiths while there will be a massive welcome back to a fully-fit Kieran Tierney – provided Arsenal do not come up with an acceptable offer between now and the English window closing on Thursday at 5pm.

Plus Marian Shved, the £2million Ukrainian winger who scored on his debut against Nomme Kalju in Estonia during the week, and striker Vakoun Issouf Bayo, who was also bought for £2million in January, could be excellent additions to the manager’s player pool in another crucial campaign.

Lennon, speaking to Sky Sports News, said: “I think we have strengthened in areas we needed to strengthen. 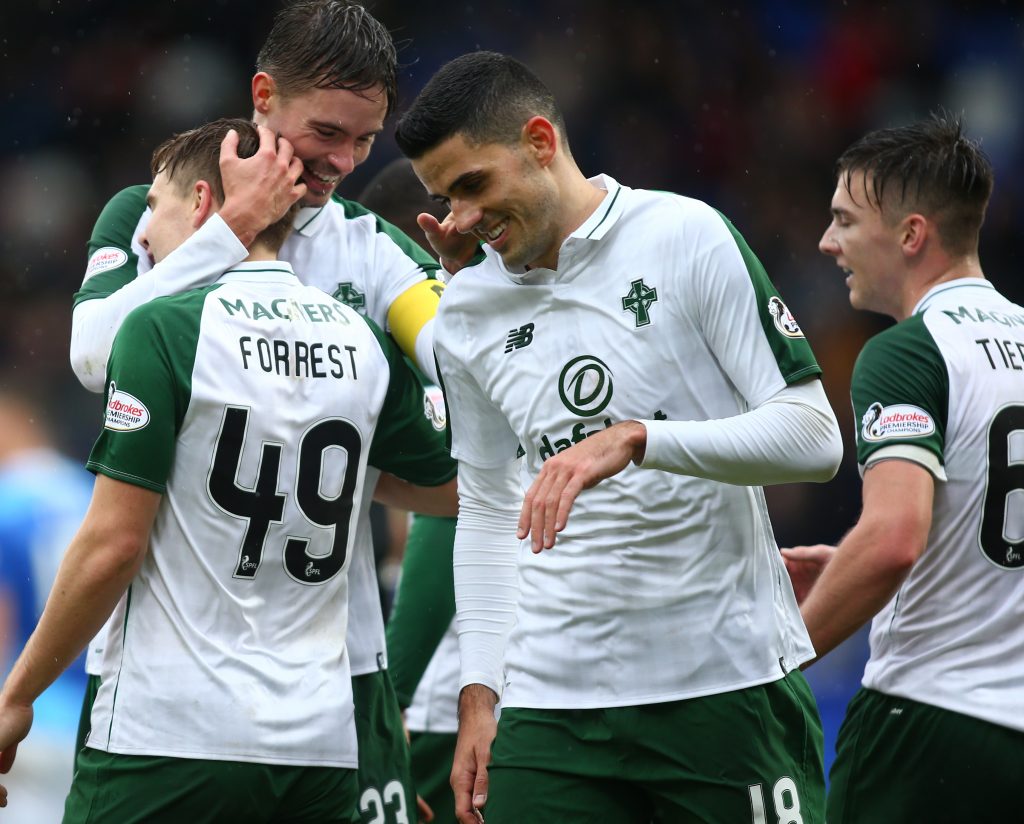 GOAL-DEN BHOY…James Forrest is congratulated by Mikael Lustig after one of his four strikes in Perth in October. Tom Rogic and Kieran Tierney look pleased.

“We have the likes of Griffiths almost at full fitness, which we didn’t have the luxury of for a long time. Kieran, who we missed, is nearly fit. Also Tom Rogic, all those have got to come into what we already have and Mikey Johnston is making great progress.

“So, in some aspects we could even be stronger than we were at the end of last season.”

Looking ahead to the challenge for a ninth successive Championship triumph, Lennon added: “We have asked the players, whether it’s your first title, third title, seventh, ninth, do you have the hunger to go again?

“You can see it in their eyes that they are well set again. I always think when you are getting challenged you find a little bit more and there is no question there are going to be challenges again as we go along.

“Each time people take points off us or beat us, it’s little victories for them and that’s something that we want to avoid. But I’m pleased with the balance of the squad and the individual and collective performances so far.

“You are not guaranteed to get everything your own way and winning games is hard. I have said that to the players, they have done it very well, and winning competitions. But that’s in the past now.” 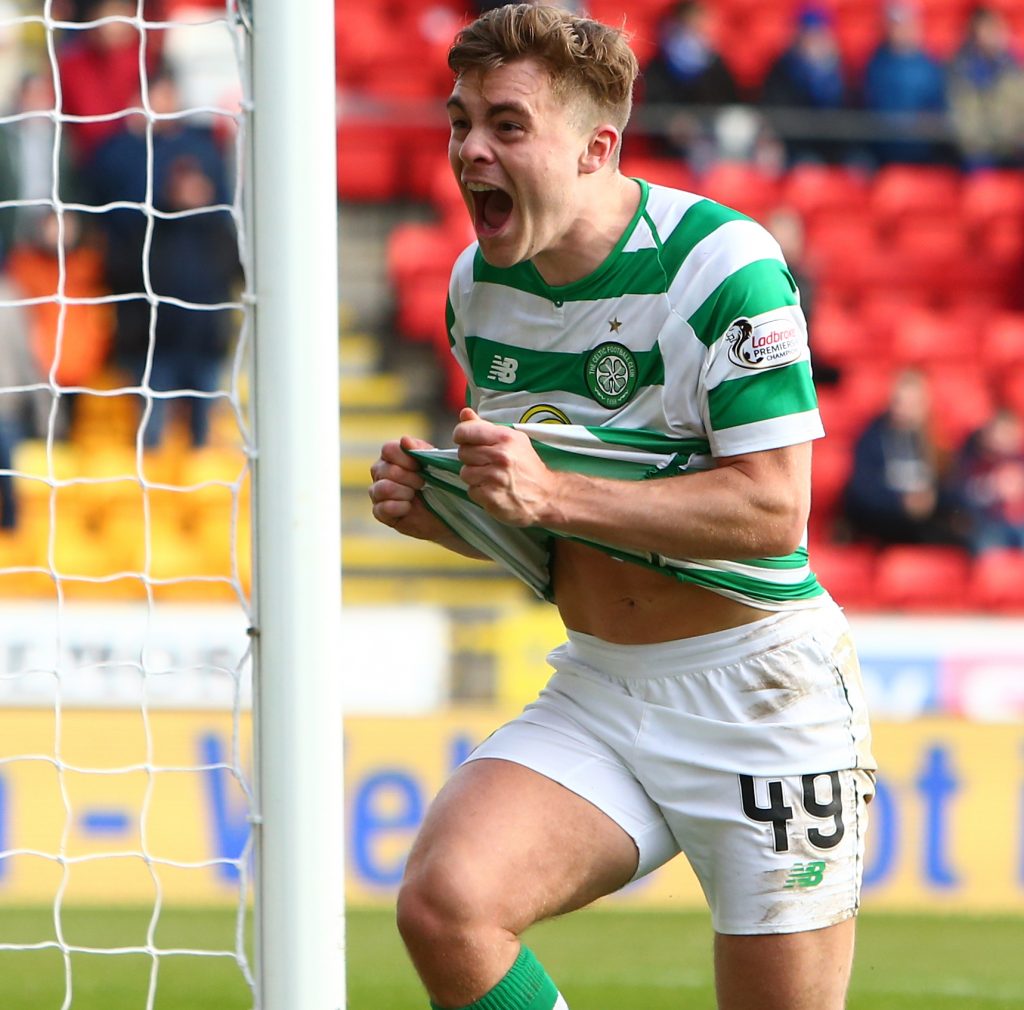 HOOP HOOP HOORAY…James Forrest celebrates a goal in the 2-0 win over Saints in February.

* NEIL LENNON has won all six of his opening league games as a manager in the Premiership -four with Celtic, two with Hibs – beating a different opponent each time (Inverness Caley Thistle, Hibs, Aberdeen, Ross County, Partick Thistle and Motherwell).

* CELTIC are unbeaten in 10 league meetings with St Johnstone – winning eight and drawing two – since losing 2-1 to them in May 2016 when Ronny Deila was the manager.

* ST JOHNSTONE have only won three times in 25 Premiership visits to Celtic Park, drawing three and losing 19, and are winless in seven, drawing two and losing five, since winning 1-0 in March 2015.

* SINCE the Premiership began in 1998/99, the reigning champions have never lost their season opener in the competition – playing 21, winning nine an drawing two – all bar two of those opening matches have been at home.

* ST JOHNSTONE ended the 2018/19 season without a win in nine away league outings, drawing two and losing seven. Among current top-flight clubs, only Livingston, 17 games, are on a longer winless away run.

* JAMES FORREST had a field day against the Saints on October 7 at McDiarmid Park when he scored four first-half goals in a 6-0 triumph.