Celtic Quick News on News Now
You are at:Home»Latest News»‘BOSS WAS CALMEST MAN IN DRESSING ROOM AS WE ARGUED,’ McGREGOR
By CQN Magazine on 5th December 2016 Latest News
CALLUM McGREGOR has revealed boss Brendan Rodgers was the calmest man in the Fir Park dressing room on Saturday with Celtic trailing 2-0 to Motherwell.
The Hoops players argued among themselves after Louis Moult was allowed to score two simple goals to point Mark McGhee’s side towards a shock result.
McGregor, who came on just before the half-hour mark for Emilio Izaguirre, netted the goal three minutes after the restart that sparked the dramatic comeback. 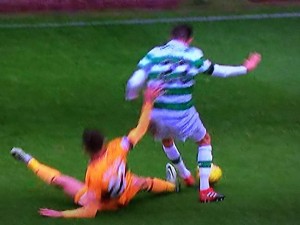 He said: “Brendan Rodgers was brilliant at half-time. You’re not really sure what to expect in a situation like that when you are trailing a game 2-0 and you know it’s been poor.
“But he was excellent. He was really calm, really precise. He knew what had gone wrong and he knew how to fix it.
“He gave us quite specific instructions about how to go about the second-half and we always felt that if we came out early and got a goal that we could get ourselves back into it.

“The only anger in the dressing room at the break was from us as players. We were annoyed with ourselves as much as anything because there was a real feeling that we had let ourselves down with the goals that we conceded.

“But I think it just shows you the spirit that we have in our team. I was always told that Celtic are a team who never know when they are beaten, that you never give up until the last whistle.

“I think we showed our character with the result and showed just how hungry we are to keep winning.” 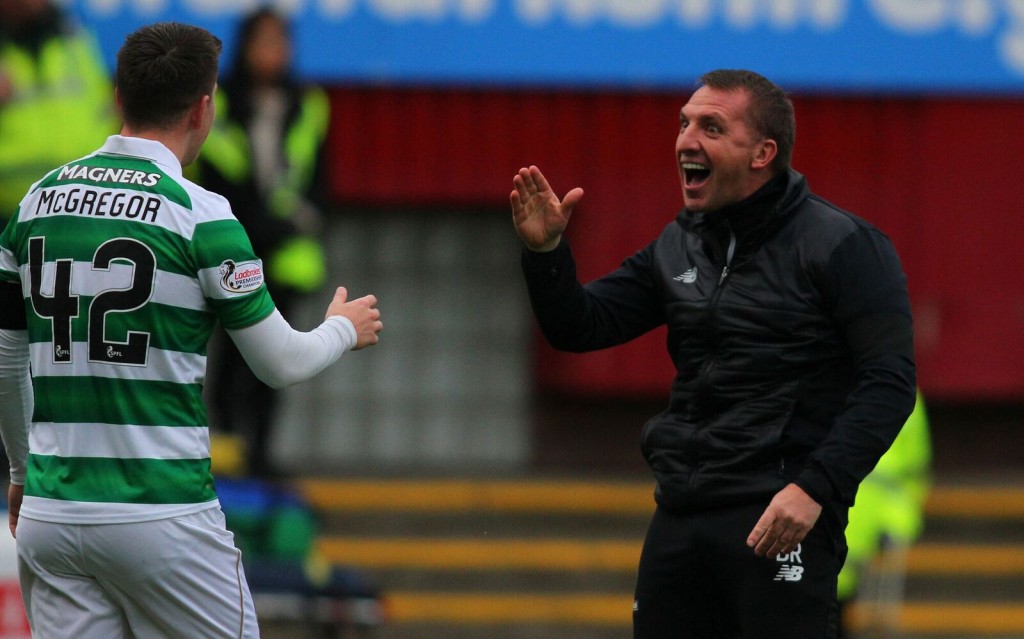 McGregor played a neat one-two with in-form Stuart Armstrong to slide a low shot away from Craig Samson to kick-start the spirited revival.

He added: “As soon as we got that one we could sense that we would get ourselves back into it.
“However, we were gutted to get it back to 2-2 and then let Motherwell score again. But the manager talks to us about being relentless and that’s what we set out to do.

“We didn’t lose our focus. We tried to keep the ball down, keep looking for the passes and the angles and we got our reward.

“Big Tom Rogic seems to be making a habit out of the pulling out the big goals for us. He has been brilliant this season and I was delighted when that last goal went it – the whole team was.

“It was a great game to be part of and it just shows you that we are never going to give up. It is up to others to say whether or not we can go through the season unbeaten or not.

“However, I think you can see that we’re not going to be easy to beat, that’s for sure.”

Celtic head to the Etihad tomorrow night as they face Manchester City in their final Champions League game.

McGregor added: “I think you have seen an improvement in us as the European campaign went on.

“For a lot of the boys in the team this was their first experience of playing in the group stages of the Champions League.
“It is a tough environment and you can’t afford to make mistakes.
“Hopefully, we can give a solid account of ourselves tomorrow night and then use what we have learned this season in order that we are in there again next season.”
Christmas shopping ideas – for the best Celtic books and DVDs visit www.cqnbookstore.com – tell the missus…