Celtic Quick News on News Now
You are at:Home»Latest News»‘BOSSES AND PLAYERS MUST BE PROTECTED,’ INSISTS RODGERS
By CQN Magazine on 3rd November 2018 Latest News

BRENDAN RODGERS reckons managers must be protected in the aftermath of Hibs boss Neil Lennon being struck by a coin during the explosive goalless Edinburgh derby at Tynecastle in midweek.

When asked about the sickening incident, the Celtic gaffer answered: “You come into a football pitch, you’re in to do a professional job.

“You want the intensity, the passion, but you have to be protected as a player and a manager in that environment.

“It’s not nice when you see a fellow-manager get hit. Up here, the passion for football is fantastic. You go to these grounds and there’s a real intense atmosphere at a lot of them, but it can never spill over. 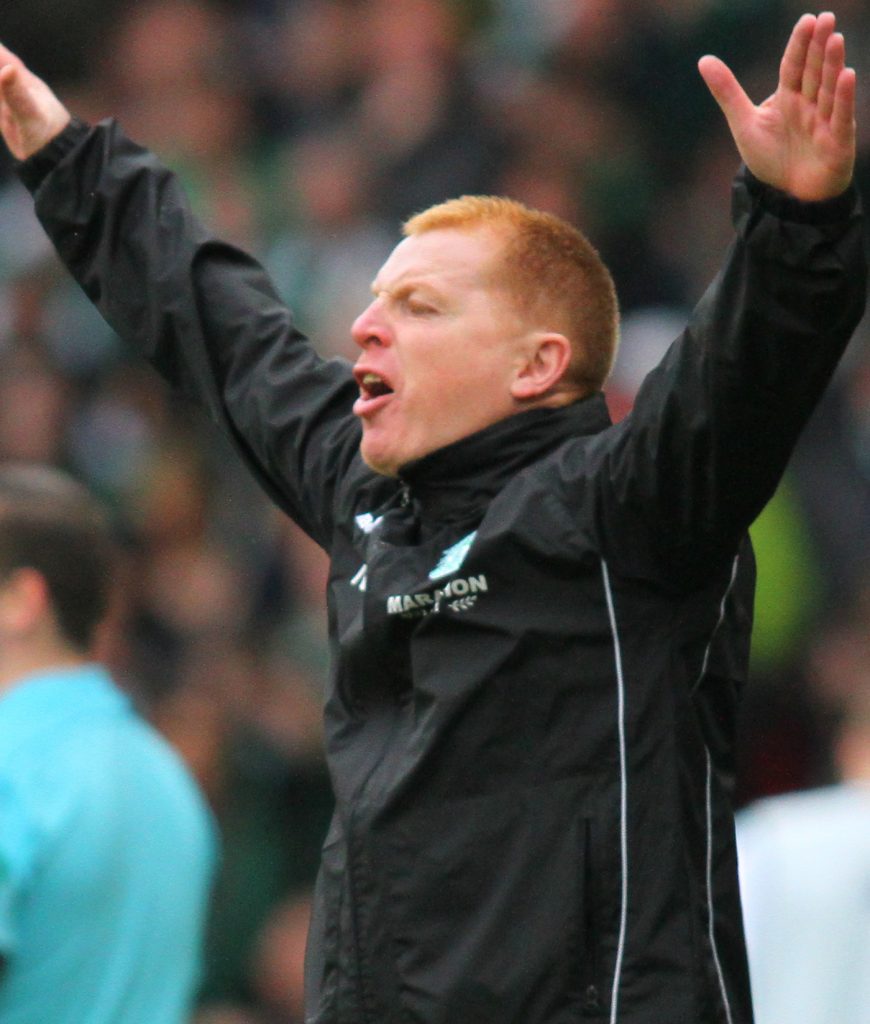 UP IN ARMS…Neil Lennon who was hit by a coin in the Edinburgh derby. Pic: Geo.

“To see that was obviously disappointing. No matter how intense it is, it has to be a safe environment for you to go and do your work.

“The respective clubs, in fairness, have come out with their statement which shows their togetherness on it and, hopefully, it won’t happen again.

“Ultimately, you have to be able to work without the threat of being hit.”

Lennon has revealed he will consider his position at Easter Road following the incident, adding he regularly suffers sectarian abuse as an Irish Catholic who both played for and managed Celtic.

Questioned about the Hibs Head Coach’s remarks, Rodgers – who is also a Catholic from Northern Ireland – said: “It’s not something I really want to go into.

“Whatever your religion, wherever you’re from and whatever your personality is as a manager, it doesn’t matter. You shouldn’t be subject to that. It’s irrelevant.

“But I’m sure authorities and everyone will try and improve on that because it’s not an image of the game we would want up here. I’ve been up here two-and-a-half years and it’s been a brilliant place to work and live.

“There’s really authentic people here very passionate about the game. I’ve loved my life up here. But, of course, it can’t overstep the mark.”

Hopefully, normality will return to the weekend fixture list with the champions poised for an action replay of last Sunday’s 3-0 Betfred League Cup semi-final triumph over Hearts at Parkhead this afternoon.

The Hoops, looking for their eighth successive Premiership crown, can cut the Edinburgh side’s advantage at the top to one point and, of course, they also have a game in hand.

Lennon’s men will be hoping for an incident-free encounter in the capital when St Johnstone visit Easter Road.