Celtic Quick News on News Now
You are at:Home»Latest News»BOYATA BANISHED, ORDERED TO TRAIN WITH KIDS – AS BERTIE PREDICTED ON CQN
By CQN Magazine on 17th August 2018 Latest News

DEDRYCK BOYATA has been banished from training with the Celtic first team and ordered to prepare with the youths.

There is no chance of him making his initial appearance of the season for Brendan Rodgers’ team in the Betfred League Cup-tie against Partick Thistle at Firhill tomorrow.

The centre-half, who hasn’t played since turning out for Belgium in the World Cup Finals on June 28, missed the Champions League exit against AEK Athens in the Greek capital on Tuesday night.

Boyata, 27, claimed he was injured while boss Rodgers insisted he was fit to play.

The defender was missing from first team training this afternoon and is embroiled in a transfer stand-off with the club after his agent accused the Hoops of “breaking promises”.

Fulham had a £9million bid for Boyata rejected which triggered all sorts of claims from his representative. 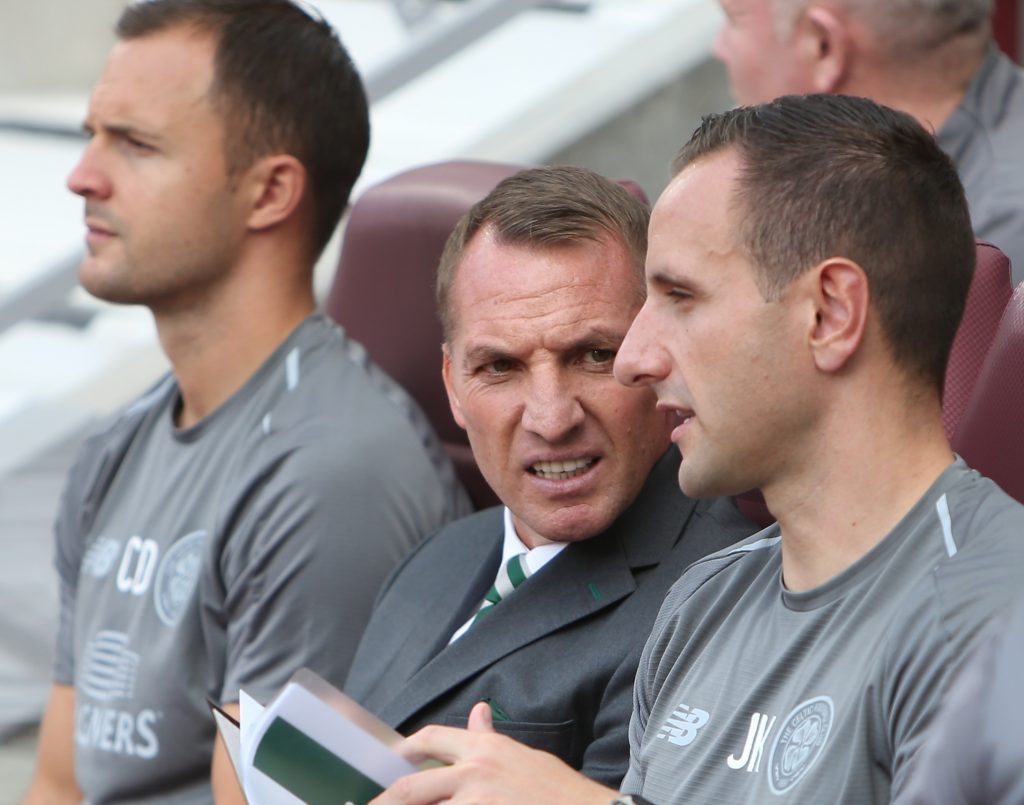 READY FOR DUTY…Brendan Rodgers and his backroom boys Chris Davies and John Kennedy at Tynecastle on Saturday – but no sign of Dedryck Boyata. Pic: Geo.

Now assistant boss Chris Davies has confirmed the former Manchester City man will train with the Under-20s tomorrow when his colleagues are lining up against the Jags in Maryhill.

Rodgers’ No.2 said: “Dedryck has had a long chat with the manager. It is an unfortunate situation. We can’t change what happened.

“There was a frustration, obviously, and the manager is managing the situation and Dedryck won’t be involved tomorrow, obviously.

“There is no point vilifying anybody or blaming one individual. The situation as it stands is open and we will see what happens.

“Obviously, there has been a lot of frustration from the supporters and Brendan addressed it at the time, but as it stands, he is still a Celtic player and that may well be the case when the window shuts.

“So, we can’t say he will be leaving the club.”

Lisbon Lion Bertie Auld insisted in CQN yesterday he would ban Boyata from training with the first team and have him escorted to Glasgow Green to train on his own on the public pitches.

At least, the player will have the youths for company tomorrow.