The centre-half was ordered off by referee Craig Thomson after a last-ditch ball winning tackle on Carlton Morris (who was offside) just before the interval.

It proved decisive as Accies took full advantage of their extra man to nullify Leigh Griffiths’ penalty-kick opener when they snatched the leveller and a point through Eamonn Brophy.

A fuming Hoops boss, who also saw Griffiths miss a spot-kick, said: “I’m disappointed that we lost two points.
“I’m also disappointed that we had 10 men, but we controlled the game quite well in that position.
“I think it was an okay decision. I have seen it one more time and I don’t think he [Boyata] is touching the ball.

“We have to learn in these situations. When you have one-on-one, you have to run with people.

“We have very quick defenders and you always run with them instead of taking chances. Then we get caught and it puts us in a difficult situation.”

Former Celtic favourite Chris Sutton, who was a co-commentator for BT Sport, clearly disagreed with the Norwegian. 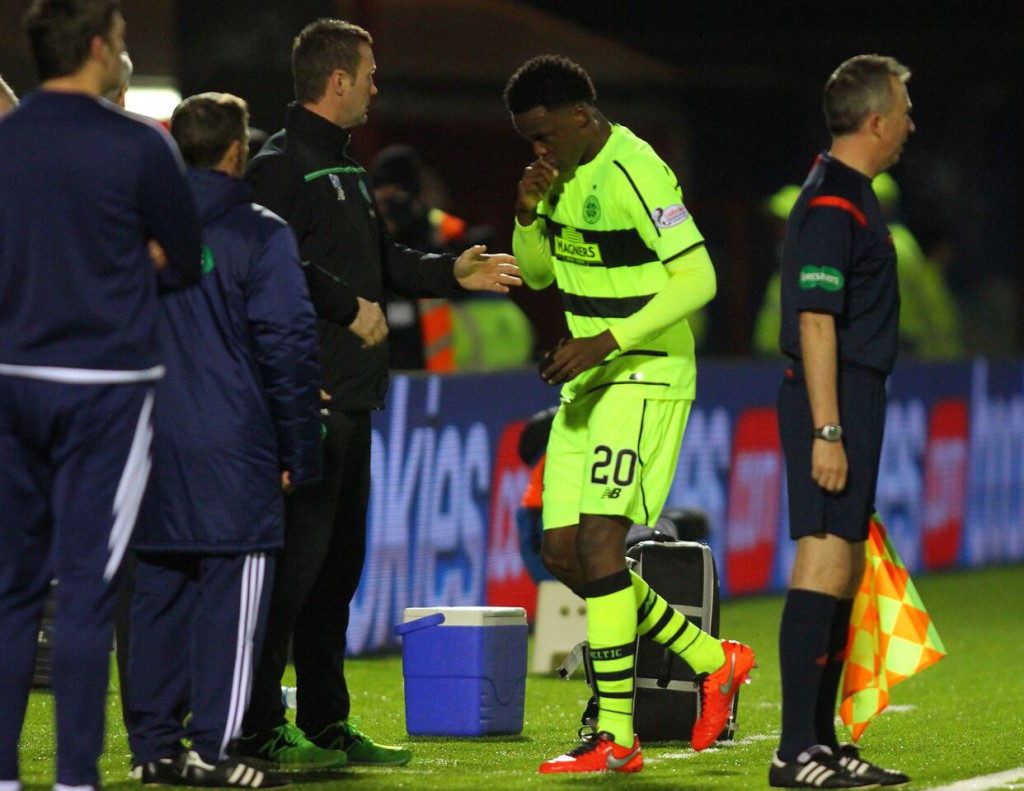 He said: “It’s a poor decision by the referee. The Celtic player got the ball and there’s no way it warranted a red card. The referee made a rash call and he got it wrong.”
How Hamilton finished the match with eleven men is a complete mystery.
Earlier in the week the SFA demoted Willie Collum for a serious of errors in the recent Inverness win over Aberdeen. We assume Thomson can expect the same fate shortly.
————————————————–
TOTAL LARSSON DVD & WINDS OF CHANGE