DEDRYCK BOYATA is almost certainly OUT of Celtic’s crunch Europa League Group B encounter against RB Salzburg at Parkhead a week tomorrow.

The Belgian international central defender limped off after an hour of the Betfred League Cup Final success over Aberdeen at Hampden on Sunday with a hamstring problem.

Jozo Simunovic, who had been sidelined for six weeks, came on to take his place alongside Filip Benkovic.

The Croatian defensive double-act are being lined up to face Motherwell in the Premiership confrontation at Fir Park this evening. 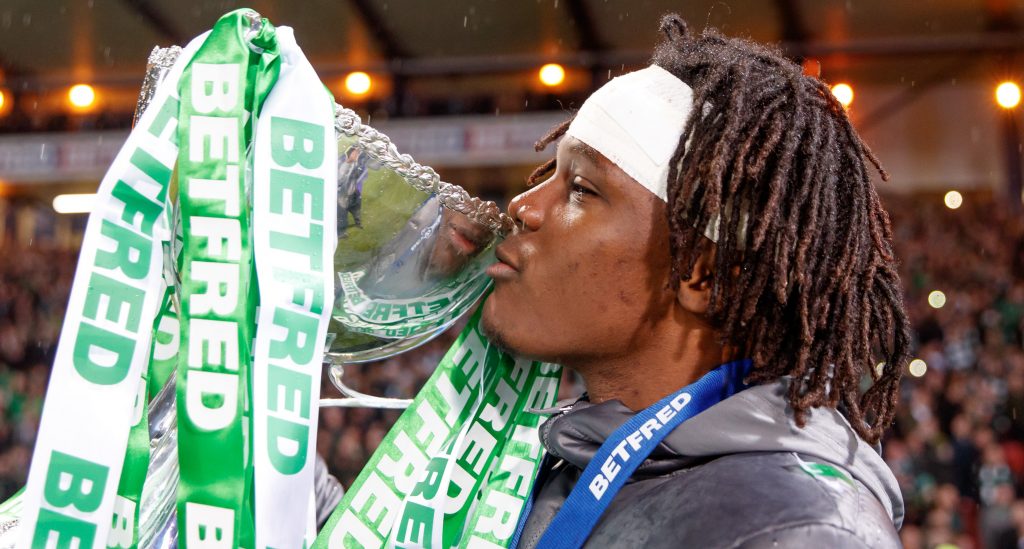 Hoops boss Brendan Rodgers admitted: “Dedryck has a slight hamstring injury. Thankfully, it’s not too serious and we will see how he is over the next couple of weeks, but he won’t be available for the next few games.”

Boyata was in the wars against the Dons and had six stitches inserted in a head wound after an aerial clash with former team-mate Gary Mackay-Steven in the first-half.

The classy back-four operator returned with his head heavily bandaged and, in fact, set up the only goal a tense occasion with a through ball to Ryan Christie that was tucked away at the second attempt.

Rodgers’ men require just one point in their European clash with the Austrians to make the knock-out stages of the competition.

Next week’s visitors have already qualified with a 100 per cent record and overcame the Hoops 3-1 in at the start of October.