BRENDAN RODGERS rates Dedryck Boyata in the “£10million to £15million” class – and wants the defender to remain at Celtic.

The Belgian international yesterday made his first appearance for the Hoops in just over three months – and scored the winner against Hamilton Accies at Parkhead.

Boyata, 27, has stirred the emotions of the champions’ followers with his recent no-shows in the vital European ties against AEK Athens and FK Suduva.

He has 10 months left on his contract and will be able to talk to interested clubs in January.

If the centre-back, who was the subject of a failed £9million bid from Fulham before the Premier League deadline on August 9, does not leave Parkhead by the close of the European transfer window on Friday evening, the club risk seeing him walk for free next summer.

Rodgers, though, hopes there is still a future for him at Celtic. Looking at his matchwinning performance against Accies, the Irishman said: “He cruised the game because he is a top-class player.

“We are not a squad which can do without a player of that quality. He made his commitment to the team and was there for his team-mates.

“He was first-class and it was ironic he got the goal. Everything he did was superb and it was great to have him back in there.” 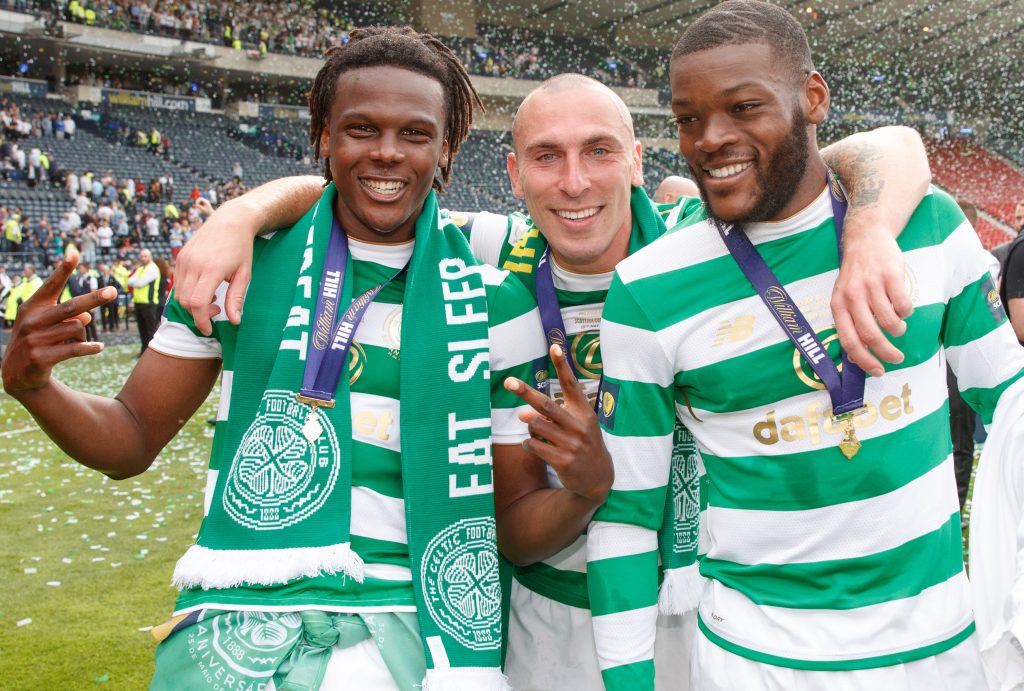 Asked if he believed the Belgian World Cup centre-back would still be at the club in five days’ time, Rodgers replied: “I’m not thinking anything other than that.

“He’s in his last year and you never know how the game works.

“But, like I said to him, however long you are here – whether it’s a week or the rest of the season – your best place is on the training field and out on the pitch on a matchday.

“So, we want him there. He’s been a big part of what we have done for the last couple of years.

“I respect that a football career is short and you have to maximise your playing time.

“We will see what happens this week, but I’m not planning for anything other than Dedryck being here.

“He’s been pivotal to a lot of our really good performances since he came into the team 18-odd months ago.

“He’s a £10million or £15 million-rated World Cup centre-half playing for us.

“That makes a difference to a squad like ourselves. You see him in there, he calms everything down.

“He defends very well. He’s quick on the turn and he serves the ball nice and quickly.

“It was a really good performance by him and that gives the stability to the rest of the team.”