DEDRYCK BOYATA endured a 90-minute nightmare playing for Belgium against Switzerland in the UEFA Nations League in Lucerne last night.

The Celtic centre-back, who has been in superb form since he returned to the champions’ first team in late August, saw his nation race to a two-goal lead with early strikes from Thorgen Hazard inside 20 minutes.

The double salvo from Roberto Martinez’s men left the Swiss requiring four goals to reach the latter stages of the competition in Portugal in June next year.

Amazingly, they scored FIVE with Boyata’s direct opponent, Haris Seferovic, claiming a spectacular hat-trick. Remarkably, he has scored a mere four goals for Benfica since the start of the season.

The Belgians, who were third in the World Cup Finals in Russia in the summer, nosedived spectacularly as the hosts fought back in sensational fashion. 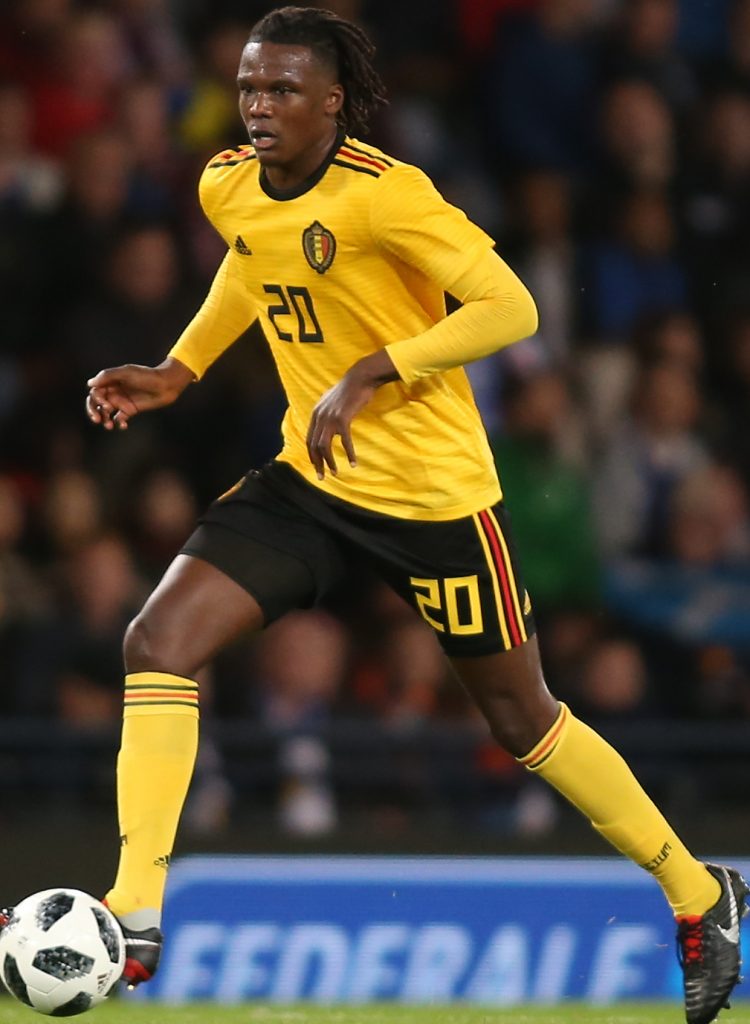 BEFORE THE STORM…Dedryck Boyata striding out at Hampden in Blegium’s 4-0 win in September.

Boyata and experienced Manchester City captain Vincent Kompany were helpless as Ricardo Rodriguez pulled one back with a penalty-kick before Seferovic scored from close range and then smashed them into the lead.

Nico Elvedi headed in their fourth before Seferovic claimed his treble as the Swiss celebrated an incredible 5-2 triumph that sets them up for a Nations League semi-final against the Portuguese hosts next summer.

England, who relied on two late strikes to overcome Croatia 2-1 at Wembley yesterday, will face who progresses between France and Holland. The Dutch are due to play Germany this evening. The former World Cup holders have already been relegated from the group.