Celtic Quick News on News Now
You are at:Home»Latest News»‘BOYATA SHOULD HAVE SEEN RED,’ LENNY
By CQN Magazine on 11th December 2017 Latest News

NEIL LENNON is adamant Dedryck Boyata should have been sent off in Hibs’ 2-2 draw with Celtic at Easter Road yesterday.

The Belgian defender was booked in the first-half and then brought down ex-Celt Dylan McGeouch late in the second period.

Referee John Beaton awarded the free-kick, but there was no second booking which incensed Lennon.

He insisted: “It’s a second yellow, a clear second yellow. I thought the referee was going to reach for it, but then he decided not to.

‘It’s unbelievable. And how Lustig didn’t get a yellow card in the first-half, I don’t know. He’s fouled McGinn and Barker. It was strange decision-making from the referee.” 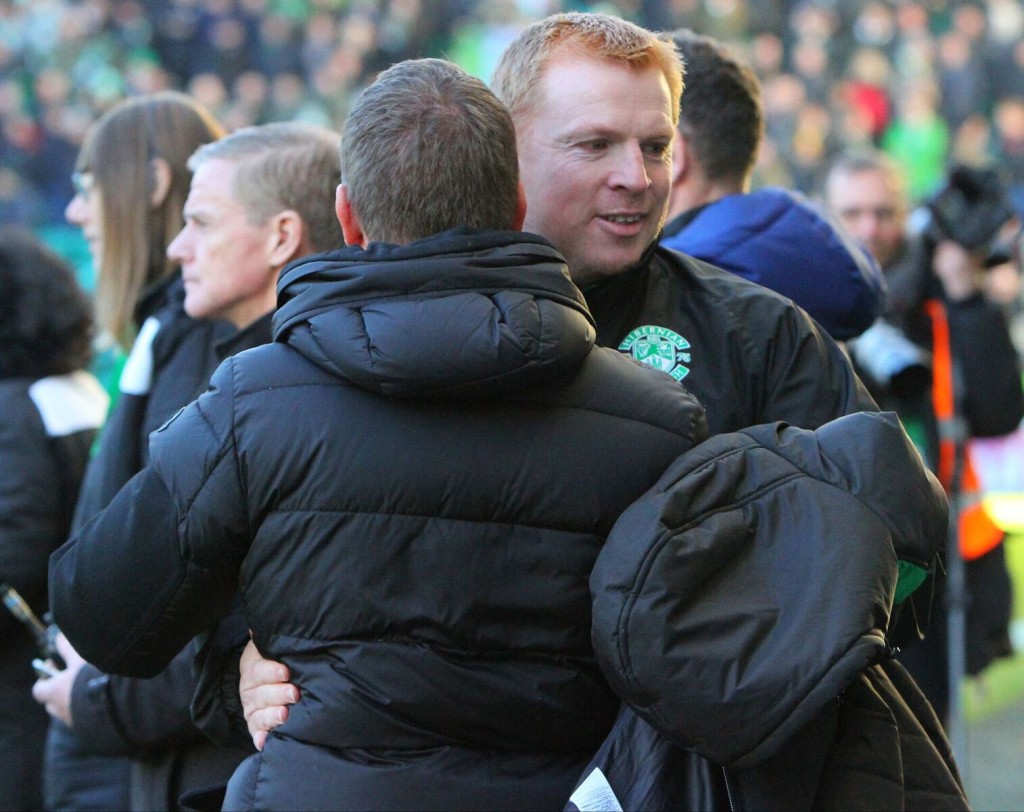 Lennon was caught laughing on camera as the game drew to a close.

The former Hoops gaffer revealed he was chuckling at Oli Shaw’s effort that was cleared off the line by Lustig – a smile that came close to turning into a scowl within seconds.

He added: “I was laughing at the end when Shaw’s shot was kicked off the line to almost make it 3-2. It would have been some turnaround, but I wasn’t laughing when Sinclair ran through at the end.

“But I’m very pleased. Celtic are a super team. We’ve scored six goals in three games against them – but we still haven’t beaten them.

“If we had won the match, we would have been fortunate. I’ve got to be happy with the result. There were aspects of the performance that didn’t please me, but we showed tremendous character to come back into the game.

“We could have won it, we could have lost it. But I’ve got to be really pleased with the point.”