KRIS BOYD has attempted to clarify controversial  comments he made about Leigh Griffiths after Celtic’s comeback striker had scored in the 3-1 win over Kilmarnock at Rugby Park in midweek.

Neil Lennon was among those critical of the remarks from the former Ibrox and Killie forward at the end of Sky’s game coverage.

The Scottish champions were inundated by complaints from fuming fans over Boyd’s observations and the club were forced to write to the satellite channel to make their stance clear, as CQN reported.

The ex-Scotland international former Scotland striker, who set up the Kris Boyd charity in 2018 to raise awareness of mental health issues, has now released a statement to try to explain his remarks that enraged Hoops supporters.

Boyd, speaking to Sky Sports, said: “My brother took his own life because of his mental health issues. 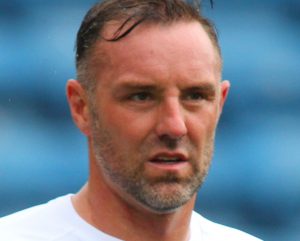 “The pain and suffering of his suicide still haunts me and my family each and every day. So, please don’t accuse me of belittling another man’s mental health issues like I couldn’t care less.

“Just to be perfectly clear – on Sky Sports on Wednesday night, I mentioned Leigh’s mental strength in coping with criticism. I wasn’t talking about his mental health.

“They’re two totally different things. So, if anyone genuinely believes I’d have a go at Leigh Griffiths for problems he’s gone through then, I’m sorry, they are wrong.”

Griffiths is attempting to get back on track after missing a chunk of 2019 due to personal issues and he came back to score goals against Nomme Kalju, in the Champions League qualifier, and the 7-0 victory over St Johnstone on Flag Day at Parkhead at the start of the campaign.

He followed that up with another in the 5-2 triumph over Motherwell at Fir Park, but injury and a virus interrupted his progress for the remainder of the year.

However, his goals in successive appearances against Thistle and the Ayrshire outfit have underlined his ambition to get back into Neil Lennon’s first-team plans.

* DON’T miss the unbeatable match report from Celtic v Ross County this afternoon – only in your CQN.