Celtic Quick News on News Now
You are at:Home»Football Matters»BOYD’S WORDS OF WISDOM FOR STOKES AS EXIT TALK STARTS
By CQN Magazine on 1st December 2015 Football Matters
ANTHONY STOKES could be on his way to Cardiff City to team up with former Celtic team-mate Tony Watt.
It looks as though the controversial Republic of Ireland international striker is heading for the Hoops exit after his outburst on Twitter before Sunday’s 3-1 win in Inverness sparked an angry rebuke from Ronny Deila who thought his remarks were “disrespectful”..

Frozen-out Stokes later apologised, but he appears to be out of his manager’s plans with Leigh Griffiths in good form and former England international Carlton Cole making a 30-minute appearance against Caley Thistle.

Nadir Ciftci, the £1.3million signing from Dundee United in the summer, is also waiting in the wings for a first team run.
The solution appears to be a January transfer window move for the frontman whose last first team start was against Dundee United in August.
Cardiff were linked with the former Sunderland and Hibs star in the summer, but boss Russell Slade wasn’t prepared to pay £1.5million for the 27-year-old who signed a three-year deal with the Hoops in October 2013.
Deila could be persuaded to part with the player now for around half the original asking fee.
Neil Lennon was interested in a reunion at Bolton, but the ex-Parkhead gaffer has been told there is no available cash at the club anchored to the foot of the Championship.
Ironically enough, just the day after Stokes tweeted about the wages not being important as it’s about contributing, the news emerged from Bolton that the club had failed to meet the players’ end of month payroll.
Last week Cardiff arranged to take ex-Celt Watt on loan from Charlton until the end of next month with the view to making the deal permanent.
The 21-year-old made his debut in the 2-2 draw with Burnley at the weekend and impressed for over an hour before he was substituted.
Watt has been told he has no future with the London side who signed him from Standard Liege in January. He was one of the first players out of Celtic when Deila replaced Lennon.
The Norwegian sold him to the Belgians for £1.2million in August last year.
Meanwhile Celtic legend Tommy Boyd believes ‘Problem Bhoy’ Anthony Stokes should follow the example of Leigh Griffiths. 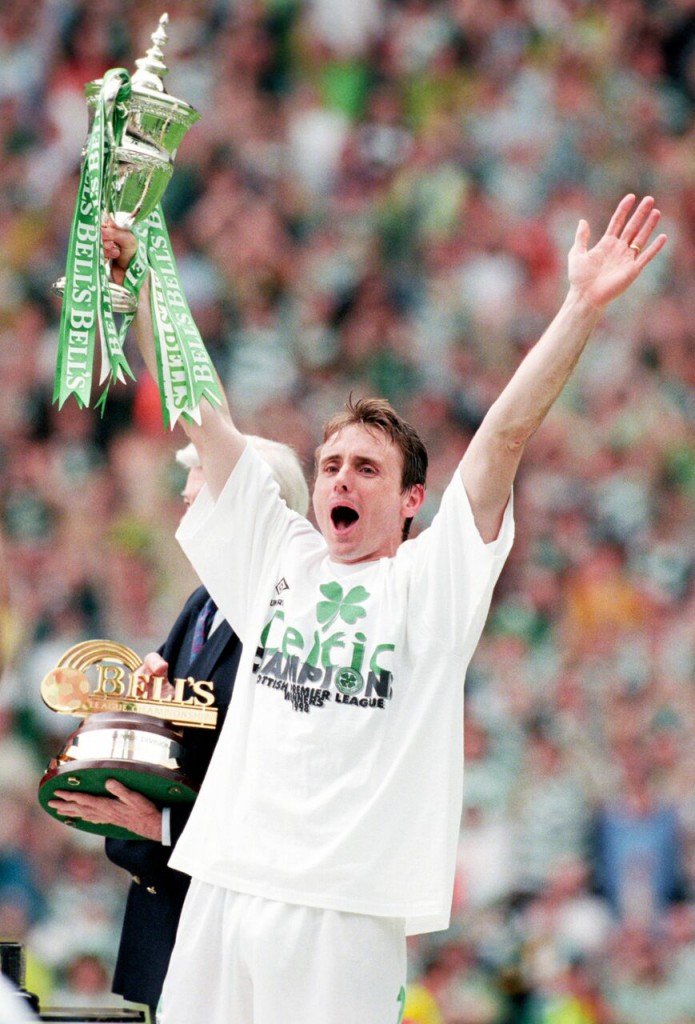 The chances of the striker getting back into Ronny Deila’s plans appear remote, but ex-skipper Boyd has urged him to give it his best shot.
He said: “The perfect example would be Leigh Griffiths when you look at the start he had here at Celtic under the manager when he wasn’t being selected. Then he was in the team and hit a bit of form.
“Now, of course, he is first-choice striker.
“So, he’s an example to everybody who is waiting on the wings for what you have to do and how you have to prepare.

“I do believe that Anthony is doing some of that. He is doing a few extra training sessions.

“It’s just a matter of biding your time until those opportunities come along.

“I was there myself towards the end of my career. Thinking that you’re doing everything, but obviously the manager doesn’t see fit to include you.”

Stokes hasn’t been selected for the first team squad in the past five league games.

He hit the headlines for all the wrong reasons at the weekend when he Tweeted: “Buzzing to be brought all the way up to Inverness with the team to sit in the stands today. Lovely weather for it too.

“Who gives a f*** about wages when your [sic]not playing games! It’s all about playing and contributing not picking up a wage.”

The Irish international later apologised for his outburst, putting the comments down to a heat of the moment spout of frustration.

Tom Boyd of course is featured extensively in Celtic’s new book, THE WINDS OF CHANGE, Managing Celtic FC, 1991 -2005. This is our follow up to Caesar & The Assassin and it covers Boyd’s entire Celtic career. During this period Celtic had 7 managers and a caretaker and enjoyed some pretty special successes after  the trauma of the early 1990s.
THE WINDS OF CHANGE is an outstanding read and of course your support is greatly appreciated. You can order your copy at the new look CQN Bookstore HERE.  CQN Bookstore also has plenty of other Celtic books and DVDs to choose from. Maybe worth pointing the ladies in your house towards the Bookstore?