LIAM BRADY lasted just two and a half years as Celtic manager after taking over from club legend Billy McNeill on June 19 1991.

In a results-driven business, the Republic of Ireland icon realised he had to go following a period without the silverware success he craved for the club and the supporters.

Brady left because of football reasons, but he also admitted to author Alex Gordon, who had become a close confidante during his spell at Parkhead, that he found public life difficult to handle in Glasgow.

Gordon, who has written several Celtic books including ‘Billy McNeill: In Praise of Caesar’, ‘Celtic: The Awakening’ and ‘The Lisbon Lions: The 40th Anniversary’ as well as the autobiographies of Hoops greats such as Davie Hay, Tommy Gemmell, Bertie Auld and John Hughes, was sports editor of the Sunday Mail at the time of the Irishman’s arrival.

He told CQN: “Everyone knew Liam’s reputation as a world-class footballer. He had played in the London derby for Arsenal and against Spurs, the Turin encounter for Juventus against Torino and the Milanese clash for Inter against AC Milan.

“So, he thought he knew all about derby confrontations. And then he sampled the rarefied atmosphere of the Old Firm. That was an eye-opener for someone who thought he had been there, seen it, done it, got the t-shirt and all the add-ons. 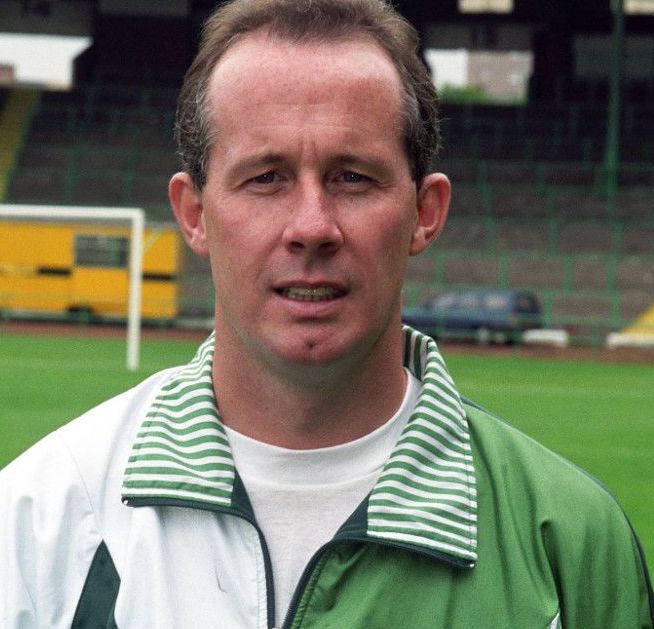 “Brady took the job with the confidence you would expect of someone with his footballing pedigree. It didn’t bother him one bit that some people were making most of the fact he had become the first Celtic manager not to have played for the club.

“After his time was up at Parkhead, he confided in me. He said: ‘Glasgow is such a fiercely divided city. I thought I was ready for it, but I wasn’t. Nothing prepares you for that sort of rivalry. Absolutely nothing.

“‘When things weren’t going too well, I tried to ride out the storm, but, unfortunately, I discovered I couldn’t.’

“This, please remember, is coming from an individual who won 72 caps for his country and played top-flight football for almost two decades. I thought his observations as an incomer to Glasgow were more than just a shade disconcerting.

“Liam was well aware what he was taking on when he was appointed Celtic manager. He made many friends in Scotland, but even someone with his experience and astuteness was surprised with what it would be like to be in the midst of everything.”

With the sectarian abuse and bigotry again raising its ugly head, current manager Brendan Rodgers is in a similar situation as an Irishman working in another country.

“When I was in my first week in Glasgow, I was on Maryhill Road getting some petrol in my car and the next minute I heard the drums beating. There was an Orange walk going on – and it was coming past the petrol station.

“You have never seen me dance around a car with a petrol pump so fast trying to hide! Thankfully, it was only one marching band out on a Saturday just having a wee practice! 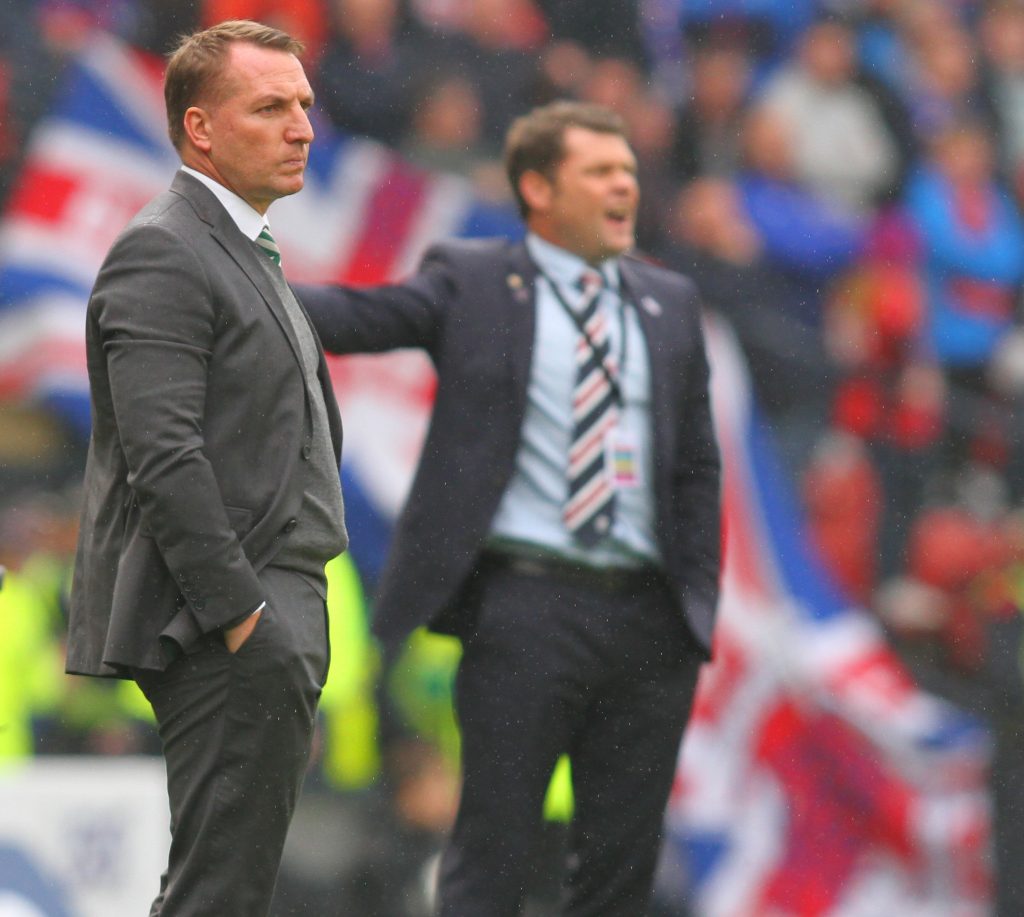 “But I had the feeling that day that I hadn’t had for years. Thankfully, I have had a wonderful time in Scotland, an amazing experience.

“I have had bits and pieces of abuse, but I always ignore it. But there is certainly an element of that. It is such a shame because religion and football are such a good thing in Scotland.

Rodgers continued: “The whole Catholic/Protestant thing does not interest me one iota – not one iota.

“And it’s only really came back into my life since I’ve come to Scotland. That’s the reality. Absolutely.

“I grew up in it. I’ve had more time away from it. And the narrative of what happens around here? I’m not interested in it, to be honest.

Rodgers added: “Things have moved on in Northern Ireland, but what you have in Glasgow is this big showpiece once a week, Celtic or Rangers playing at home. You maybe can’t keep it all in.

“You have a wee bit from Northern Ireland who come over to it and that can build. But it is education and it is persistence and it is trying to drive home the message that it is not acceptable. There has to be zero tolerance.”

OUTSPOKEN…Chris Sutton, now a TV pundit, has his say.

Former England international striker Chris Sutton, Martin O’Neill’s first buy for the club when he joined for £6million from Chelsea in the summer of 2000, delivered his view.

“When I first came to Celtic, I did not have a clue about sectarianism in Scotland.

“I certainly do now, but while I’ve learned a lot in almost 19 years, precious little else has changed.

“I knew about the history of the clubs and the whole Catholic and Protestant thing, but I had no idea of what it was actually going to look like once you live among it.

“Of course, I’d been around England, but when I was young I went to a village school. We didn’t think about religion, we went to harvest festivals and church fetes.

“It was a heck of an eye-opener.

“Even after a few weeks, I needed people to explain to me what a Fenian b*****d was.

“I certainly know now as I still get called it nearly 20 years on, along with plenty of other things on a regular basis.

“Even to this day it still doesn’t register with me that this stuff happens on the same island I live on. Norwich might as well be another universe.” 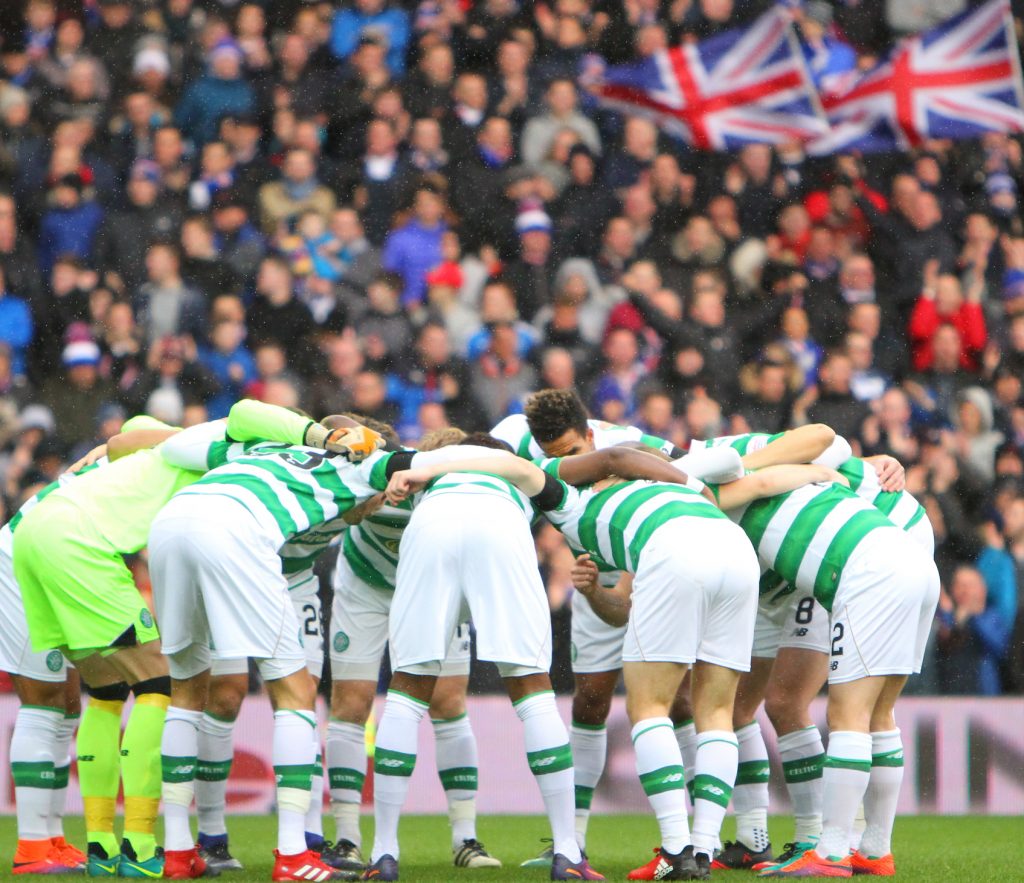 THE HUDDLE AT IBROX…the Celtic players prepare for a Glasgow derby.

Sutton, now media pundit, continued: “Steve Clarke was right to bring the abuse to the forefront as was Kris Boyd. But everyone knows it’s not going to change unless there is something radically done, because it’s a societal problem as much as a football problem.

“The football authorities and the clubs are trying to tackle it, but what do they do, ban 40,000 people?

“Clarke is right to take a stand, but it’s not as if his club is completely innocent either as Kilmarnock have a section of fans who are not exactly holier than thou.

“We all know it’s Celtic and Rangers and the west of Scotland that has a huge problem, but, believe me, it’s not restricted to those areas.

“There have been unsavoury incidents in Edinburgh, Dundee and beyond. It’s a national problem – not just a regional one.”

Sutton added: “Listen, there is nothing wrong with rivalry. The intensity of the Old Firm is what gives it most of its appeal and it also brings an electricity you just don’t get elsewhere. It’s special and you wouldn’t want to dilute it.

“But the clubs need to somehow ditch this religious baggage. I love Scottish football, but this behaviour is terrible for the image of the game in this country and beyond.

“I would love to be able to say in 20 years things will be different, but, let’s be honest, it’s highly unlikely.”