NADIR CIFTCI has blamed his bad boy reputation on a fiery, stormy year in Dutch football with NAC Breda.

The Celtic striker, who served a six-game ban after an incident involving Dundee’s Jim McAlister in May, joined Celtic in a £1.3million switch from Dundee United in the summer.

Ciftci was booked 19 times and sent off once during two seasons at Tannadice. But the Turk insists his temper stems from a turbulent stint at NAC Breda three seasons ago.

The 23-year-old frontman was rumoured to have kicked Breda’s Tim Gilissen in the ribs and struck team-mate Kees Luijckx during explosive training-ground bust-ups.

“My team-mates were b******s in training. When players shout at you: ‘‘Break his leg, bring him down,’ then it has an effect on you.

“An awful lot went on yet I was the one who was dumped in the youth team. I did things wrong, but the club were not honest with me.

“I was seen as the bad boy, but that is not the case. I am just passionate. Yes, there have been times when I have wanted to quit football.

“Now I am playing Europa League football with Celtic against Ajax and Fenerbahce. How strange is that?

“I’ve spent so much time sitting in the stands at Celtic recently. I will have to control myself better, I’m working hard at it and things are going well.

“I’ve got fire in my belly. I want to make the breakthrough at Celtic and thank the club for their faith in me.

“I fell in love with them two years ago when I got goosebumps as I watched them against AC Milan in the Champions League.”

Ciftci has yet to open his scoring account for the Hoops and hopes to get a chance to rectify that against Dundee at Parkhead tomorrow afternoon.
———————
We have TWO remaining SIGNED copies of Caesar & The Assassin remaining – first come first served HERE…. or click on image below. 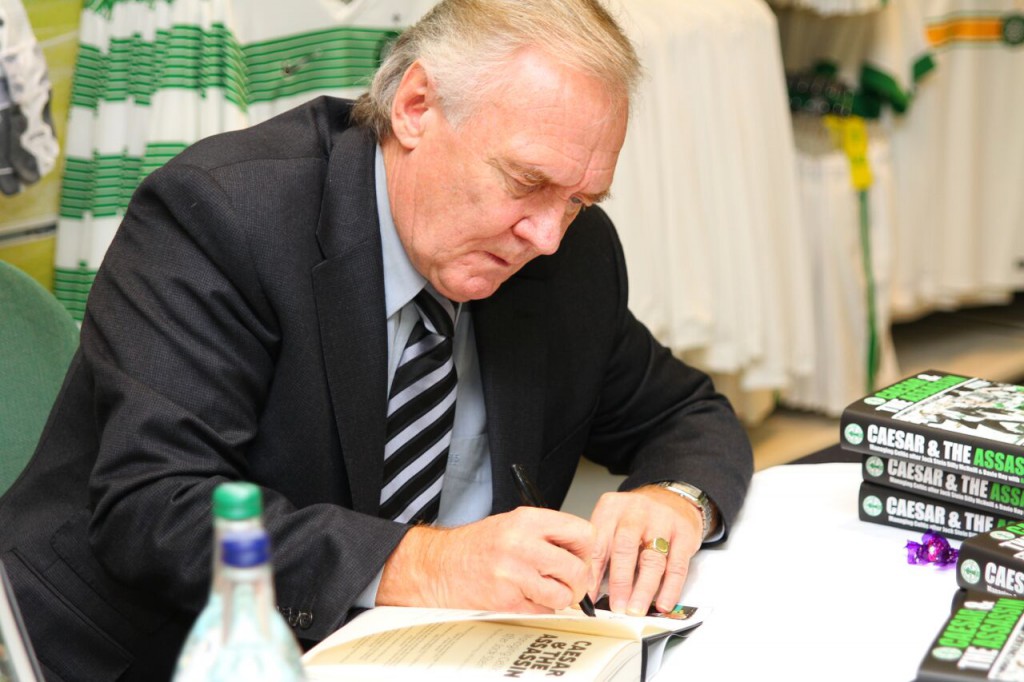