BRENDAN RODGERS has backed his former Celtic captain Scott Brown to be a success as a coach.

And he believes success at Aberdeen will open the way for the fans’ favourite to a return to Parkhead as manager some day.

The inspirational onfield leader, who will be 36 in June, will leave the club after 14 fabulous years in which he has won a phenomenal 22 honours since his £4.4million arrival from Hibs.

Brown will say an emotional farewell at the completion of his contract in June to take up a two-year deal at the Dons where he will be player-coach alongside his former Easter Road team-mate and personal friend Stephen Glass who was named as Derek McInnes’ successor during the week. 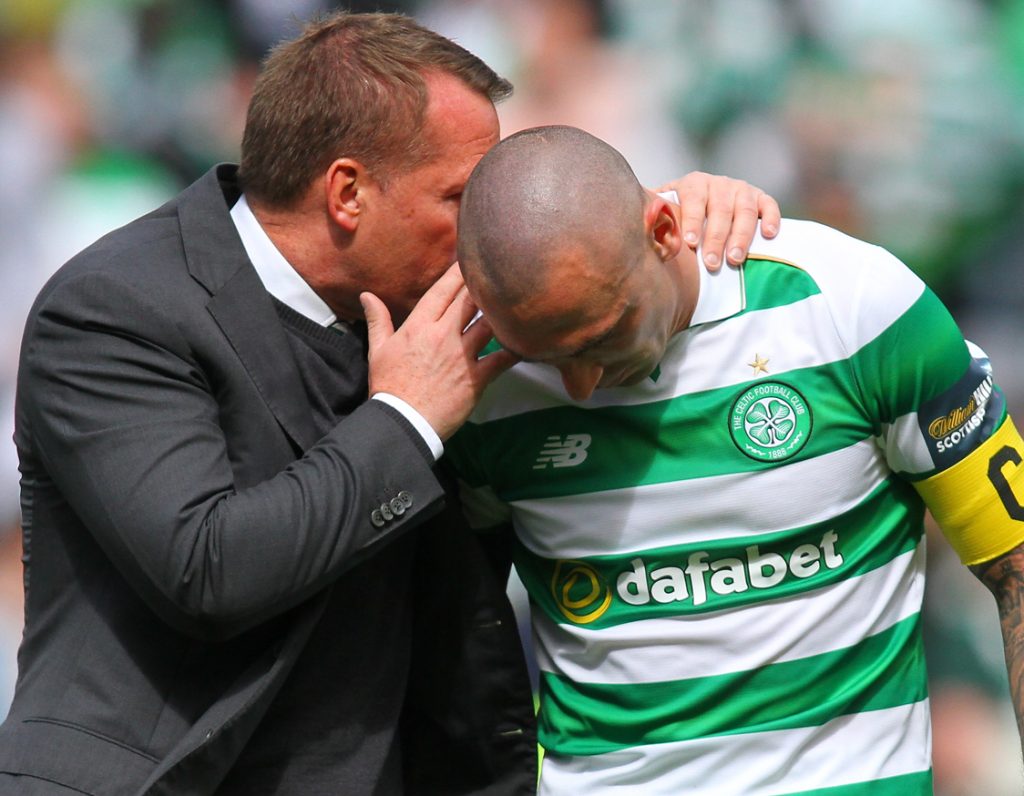 Rodgers, now in charge at Leicester City after quitting the Hoops in February 2019, is convinced his ex-captain will prove to be a hit in his new role.

The Northern Irishman, speaking to the Sunday Mail, said: “There’s no doubt that Scott has the capacity to go back to Celtic one day and be manager of the club. He clearly wants to learn the ropes as a coach.

“It’s difficult to jump straight into management. He’ll go with Stephen at Aberdeen and, together, they’ll learn about coaching. He’s going to a very good club.

“If he shows that same hunger and dedication that he had as a player, as a coach, he’ll be successful.

“If he can transfer the influence he has as a player on to his coaching, there’s definitely a pathway for Scott to go back and manage Celtic. He’s absolutely loved there.”