STUART ARMSTRONG is ready for a full Scotland international debut, according to Celtic boss Brendan Rodgers.

The uncapped 24-year-old midfielder underlined his current form when he scored his 12th goal of the season in yesterday’s 2-1 win over Dundee at Dens Park.

Delighted gaffer Rodgers said: “He has all the tools to play at the top level of international football in a really quick game, so he certainly can go in and play.” 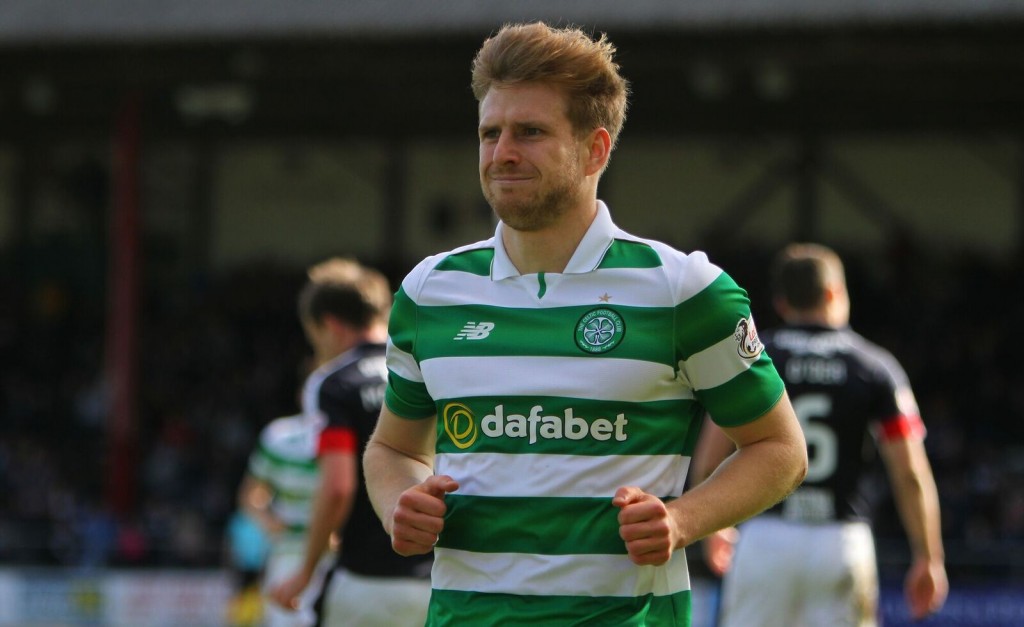 Armstrong, who was a regular with Scotland Under-21s, was last in the senior squad in 2015, but was forced to withdraw through injury before a double-header against Georgia and Germany.

The former Dundee United player has benefited from a return to a central midfield role since Rodgers took over and has been included in Gordon Strachan’s squad for the games against Canada on Wednesday and Slovenia on Sunday.

Rodgers added: “There are obviously good players with Scotland and in that part of the field.
“The one thing I will say is that I have always believed that international football is about technique, speed, mobility and a tactical awareness – and he has got those elements.

“He has this in-built brain to score goals and different types of goals.

“Stuart is a big talent and he is only going one way, which is nice for Celtic and Scotland.”