Celtic Quick News on News Now
You are at:Home»Latest News»BRENDAN & BROONIE, LADBROKES MANAGER & PLAYER OF THE YEAR WINNERS
By CQN Magazine on 19th May 2017 Latest News

THE accolades keep coming for Celtic this season and today was no different with two new awards coming to Paradise. Scott Brown and Brendan Rodgers were rewarded for their outstanding season at Celtic Park which has resulted in the Bhoys being within two games of an unbeaten domestic treble.

Rodgers, 44, arrived at Celtic in the summer and has turned around the timid struggling side he inherited from Ronny Delia to cannon the Hoops into the Champions League. The manager, who led Liverpool to their highest league finish in over two decades, prided himself on the development of his players when he arrived, and this is evident in the improvement of players like Stuart Armstrong, Callum McGregor and Scott Brown.

Brendan was today announced as the Ladbrokes Manager of the Year for 2016/17. 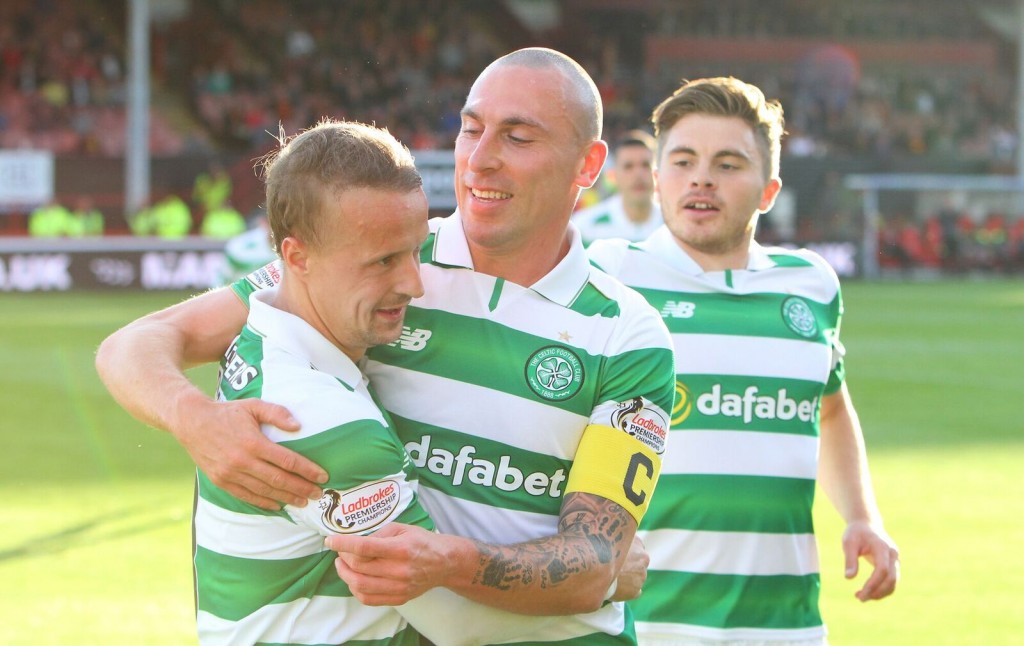 Meanwhile, Rodgers’ captain and midfield stalwart, Scott Brown, was also honoured with the Ladbrokes Player of the Year award. The 31-year-old was attacked following his poor displays last season, including 2-2 draw in the Scottish Cup Semi. However, his performances under Rodgers have been brilliant and he has been exceptional in the Celtic midfield this year. Brown has dictated the tempo of play, broken up the opposition attacks and been a calming influence on his teammates – an effect that has seen the Champions only drop points in 4 occasions this season.

Rodgers had previously commented on his surprise that Brown, who is celebrating 10 years at the club, was overlooked in the PFA Scotland Player of the Year awards. Scotty Sinclair won that honour but today it is the Captain picking up the prize.

Congratulations to our Captain and the Manager, who’ll be looking to complete their unbeaten domestic treble in the next two games versus Hearts at Celtic Park and Aberdeen at Hampden.