Yesterday we discussed how Brendan, like Jock Stein before him, liked to control the news agenda in the week of a big domestic game. Within hours Craig Gordon’s new contract, which was agreed some time ago, was announced.

This is genuine good news all round. The keeper has a new multi-year deal to look forward to. His manager has just out a substantial amount of confidence in him, in the shape of money. Brendan doesn’t need to worry about his others unsettling his goalkeeper.

Events like this impact on the dressing room too, in the opposite way to when a striker cannot get his contract extended beyond June.  Newco’s refusal to give Kenny Miller a new contract is totally understandable, but it will demotivate the player, and possibly others.

Miller’s agent moved for a new deal after the winter break, but the former Celtic striker has scored only six goals in 27 league games this season, two of those came when he had fresh legs in August.  Moussa Dembele scored as many in one and half games last month.  The stats don’t justify investing in a player who will be 38 this year, so I doubt that news management route will be open to Newco this week.

Still, I’m sure they’ll announce the appointment that director of football they have been briefing everyone about for weeks.  Failure to land him after being so open wouldn’t just be embarrassing, it would cast doubts on the board’s competency. 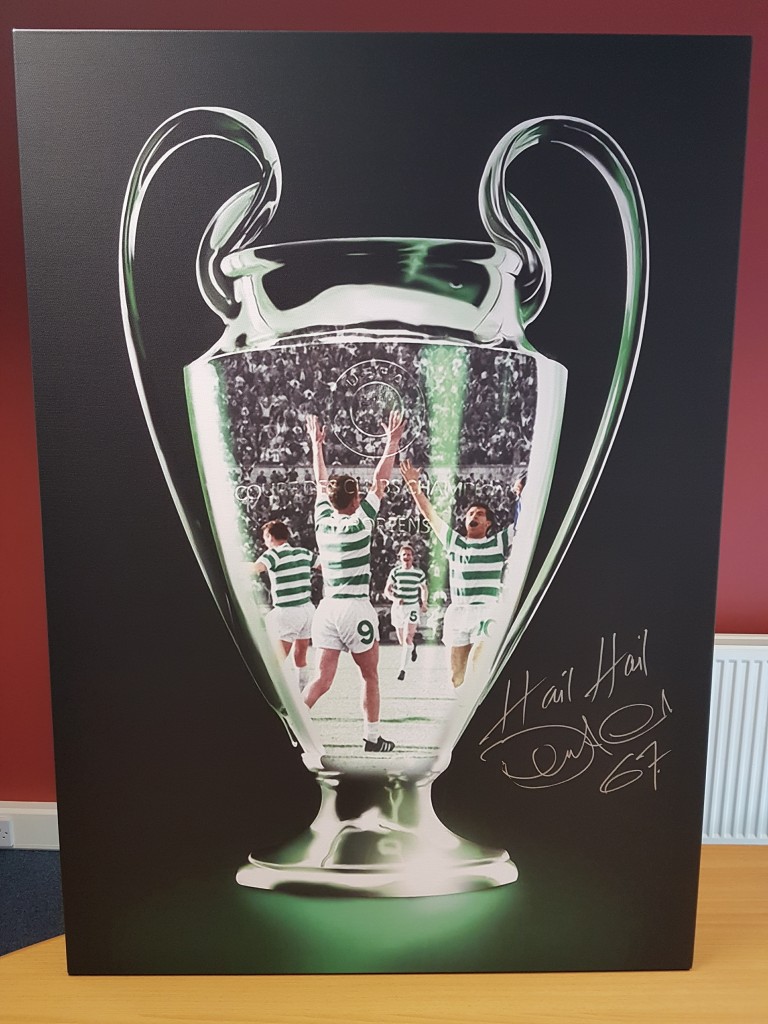 In honour of Billy McNeill, who last week we learned is suffering from Alzheimers, Celtic artist Barry McGonigle (@BarryMcGonigle) has made this magnificent creation available for raffle in aid of Alzheimer Scotland.  Works like this are seldom open to raffle, instead they can reach over £1000 at auction, but it is such a magnificent piece, that we would like as many ordinary fans as possible to have a chance of winning.  Bertie Auld signed the canvas.

The raffle is open for five days only – FIVE days!  So you stand an excellent chance of winning.

Please make sure I have contact details from you (email me at celticquicknews@gmail.com with the word “Canvas” in the subject, just in case) to make sure I can get in touch if  you win.

It looks great online but trust me, the impact when you stand in front of it is substantial.  What a great present or keepsake for someone.