And the Midlands club have made contact with the Celtic loanee’s parent club Spurs about the availability of the central defender in the summer, according to American sports outlet SBI.

The 24-year-old US international has become a key figure in Ange Postecoglou’s line-up and has played an integral role since his last-gasp deadline-day arrival at Parkhead.

It has been claimed the London-born centre-back is valued at £6million and the Hoops would prefer to make his switch permanent with a long-term contract at the end of the campaign. 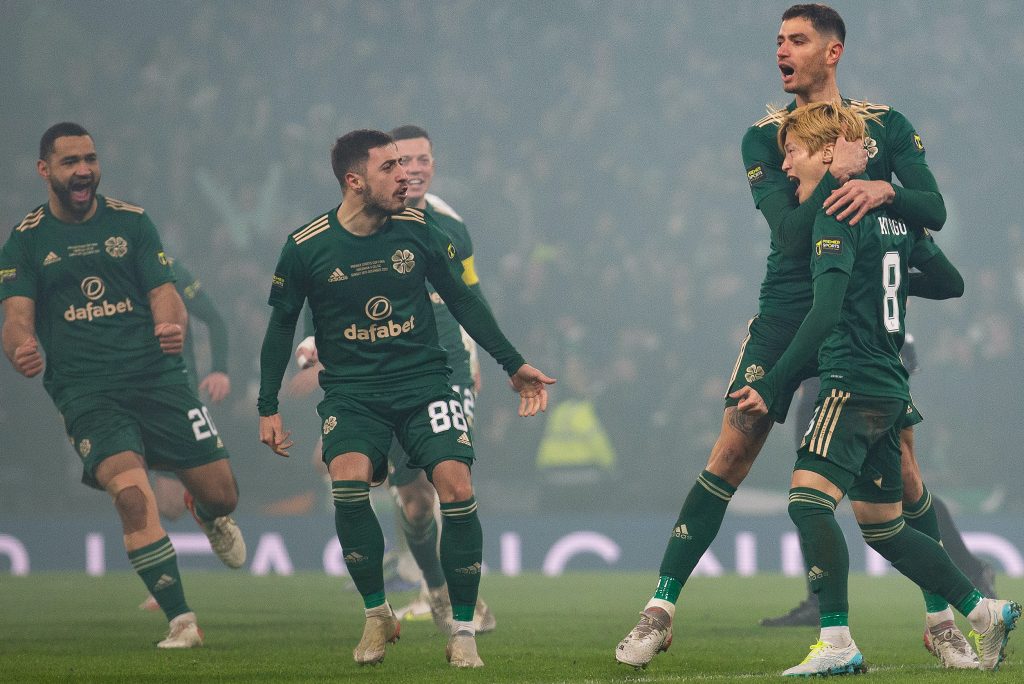 YIPPEE…Cameron Carter-Vickers (left) celebrates with Josip Juranovic, Callum McGregor and Nir Bitton after Kyogo Furuhashi’s equaliser on the way to the 2-1 Premier Sports League Cup triumph over Hibs in December.

Former Celtic boss Rodgers was in the directors’ box to watch Carter-Vickers play in the 1-0 win over Dundee United on January 29. The Irishman insisted he was not scouting anyone at the match and was paying homage to Wim Jansen who had passed away four days beforehand.

Wolves and Watford are also eyeing the powerhouse back-four performer while promotion-chasing Bournemouth, where Carter-Vickers enjoyed a temporary spell last season, are also in the hunt.

The player who has yet to kick a first-team ball for his London club in league action has scored three goals for Postecoglou’s men – including the vital opener against St Mirren in the 2-0 victory last week – during his 33 appearances.

He netted on his debut against Ross County in a 3-0 success in Glasgow in September and was also on target in a 3-1 win over Hibs in Edinburgh the following month.

Carter-Vickers picked up his first senior medal in the Hoops’ 2-1 Premiers Sports League Cup victory over Hibs at Hampden in December last year.