YOU only get one chance to make a first impression and Callum McGregor didn’t disappoint when Brendan Rodgers originally clapped eyes on the Celtic midfielder.

The Celtic manager has been a fan of the 25-year-old Scotland playmaker since the early days when he arrived at Parkhead in May 2016.

McGregor had been introduced to the first team by ex-gaffer Ronny Deila who had also been impressed by the thoughtful approach from the player.

The progress from the Glaswegian has been outstanding and he is now a first pick for club and country.

He will again be in pole position when the champions face Spanish cracks Valencia in the Europa League crunch at Parkhead on Thursday night. 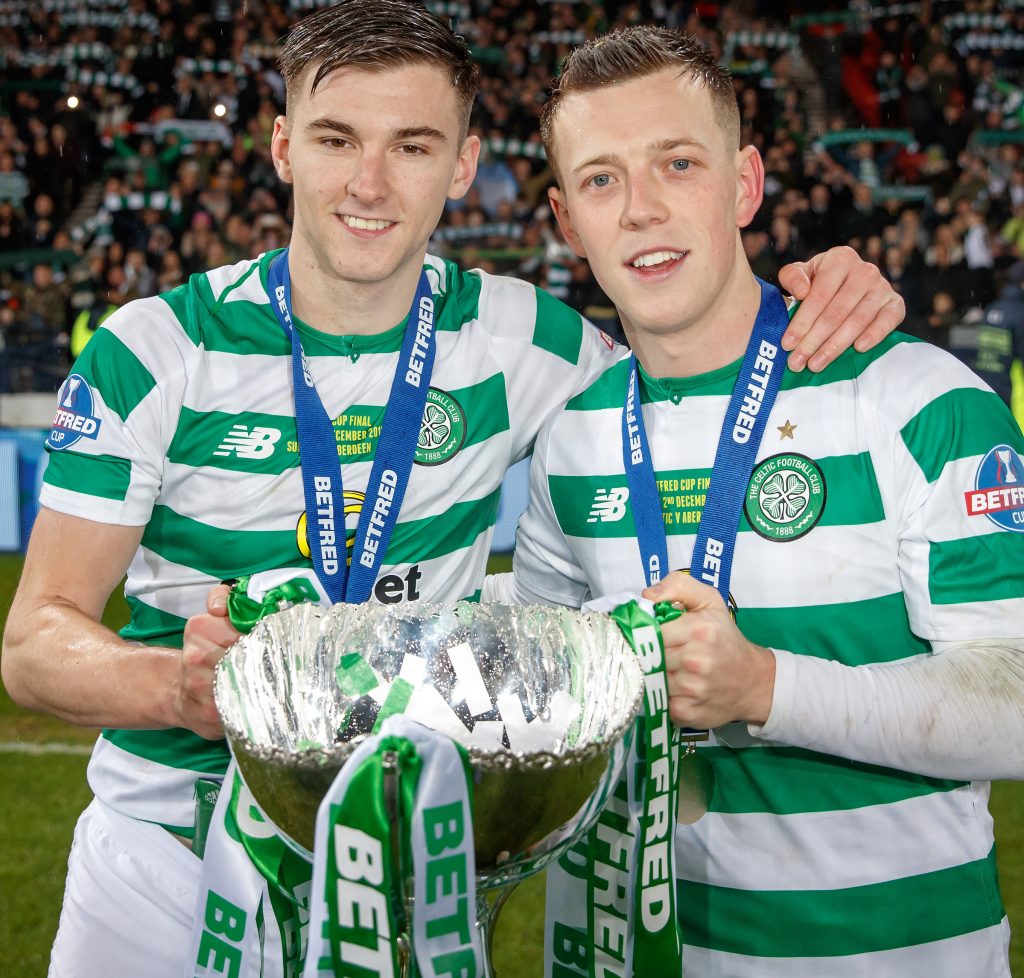 Rodgers, who immediately promoted the player to a regular spot in his first team squad, said: “The simplicity of Callum’s game is all based on his view of the game. The really gifted players have a view on every position on the pitch.

“I can play Callum as a left-back moving inside, I can play him as a No.10 and he gets a goal.

“I can play him deeper as a playmaker and he can play on the left, coming in to be the extra man in midfield. No matter where he plays he ends up being the best player on the pitch.

“He just has this wonderful view of football. He gets it and understands the game. Callum also has this glorious first touch that sets him up whatever way he wants to go.

“He is such a big talent and I am happy he is getting the accolades now. Sometimes if  you are not running about smashing a  player, you might not get the plaudits and recognition.

“But Callum has the ability and courage to get on the ball, pass it and take it under pressure. He’s a wonderful player to have.”

Rodgers added: “When I first came in, John Kennedy told me all about Callum. He’s played in his young teams and he’d seen him coming through. Early on, I could tell quickly he was technically gifted.

“It was then a case of Callum knowing I had the confidence in him and wanted to extend his game.

“That was about having personality as there is a fine line with good players. They have talent, but personality and belief can take you to the next level.

“I wanted to help him and give him confidence and now you can see the personality in his play. He has confidence and ability and now flourishes in every game.

“I have enjoyed watching the development of a lot of players and Callum is one of them. People ask: ‘Where’s the talent in Scotland?’. But look at a player like him – it’s there.

“Callum does the basics well and has a level of excellence every day which he takes into the games. He’s a brilliant player.”