Celtic Quick News on News Now
You are at:Home»Football Matters»‘BRENDAN IS NOT A GENIUS – HE’S JUST A VERY LUCKY BHOY’
By CQN Magazine on 16th March 2018 Football Matters

BARRY FERGUSON has emerged from days of rigorous contemplation and deep deliberation to offer his considered verdict on his old team’s loss at Ibrox at the weekend.

“Celtic were lucky,” was the earnest, straightforward delivery from the former Clyde manager.

Brendan Rodgers is no genius and the win was down to sheer good fortune.

And Celtic really hit the jackpot when they had Jozo Simunovic sent off with over half-an-hour still to play.

Here are some of the more thoughtful musings of the insightful Ferguson:

“Sometimes it’s better to be lucky than good. Take last Sunday. A day when Celtic’s manager should have walked straight out of Ibrox, along Paisley Road West and into the casino at Springfield Quay to stick a year’s wages on black.

“Because absolutely everything was coming up for Brendan Rodgers.” 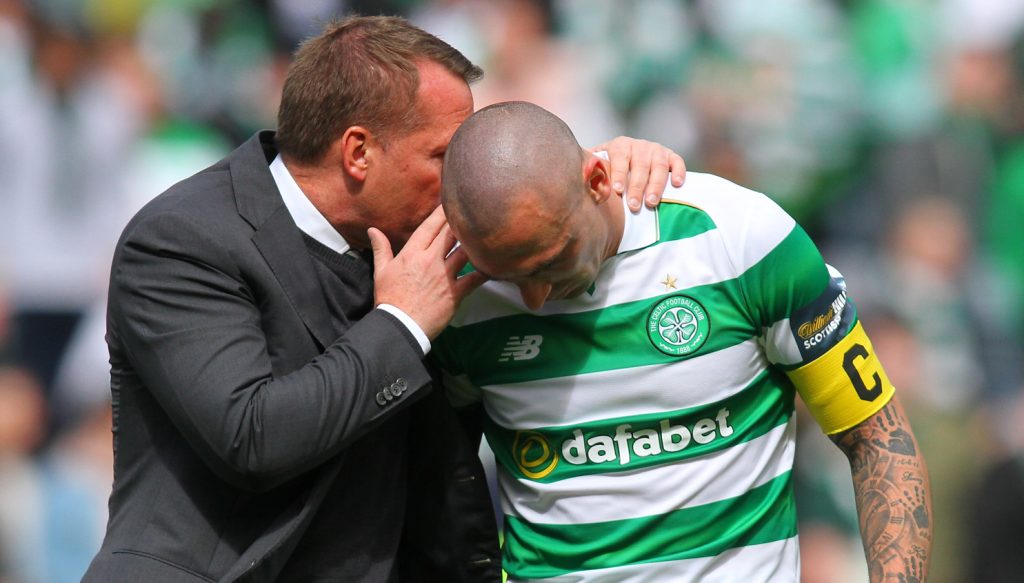 “I sympathise because I’m hurting too. I’ve been a Rangers man long enough to know winning means everything, especially on derby day.

“But I’ve watched the game again and keep coming back to the same conclusion – the only real difference between Celtic and Rangers on the day was a massive slice of good fortune.”

“When he (Rodgers) made the call to take off James Forrest and replace him with a striker, with his side down to 10 men and the game balanced at 2-2, it was incredibly brave and bold management.

“But what happened next was also incredibly lucky and he’s fortunate it all went his way because had Rangers won 3-2, it would have been him and not (Graeme) Murty who has spent the last week under fire.

“Why did he start with Dedryck Boyata and a back three when this was always going to be the most vulnerable part of his team? Why, then, change a midfielder for a striker with the game in the balance?

“Rodgers would have had to find answers to some seriously difficult questions, but he was spared from that because the gods were smiling on him.”

“Had Sean Goss showed Odsonne Edouard down the outside – as he should have done – then the Celtic sub would have been unlikely to score the winning goal two minutes after coming on to the pitch.

“That wasn’t down to Rodgers being a genius, that was down to sheer luck.”

“Had they (Rangers) taken one of their chances to make it 3-1 in the first-half, then I’m pretty sure Celtic would not have come back from it.”

OZ-OME GOOD FORTUNE…Tom Rogic sweeps the ball past David Bates for No.1.

“Celtic got lucky again when David Bates had to be carried off right after the (Tom) Rogic equaliser because the youngster has been Rangers’ best defender for some time now.

“I am absolutely certain Bates would not have got on the wrong side of Moussa Dembele seconds before half time the way his replacement Fabio Cardoso did – allowing Celtic to end the half on a huge high.” 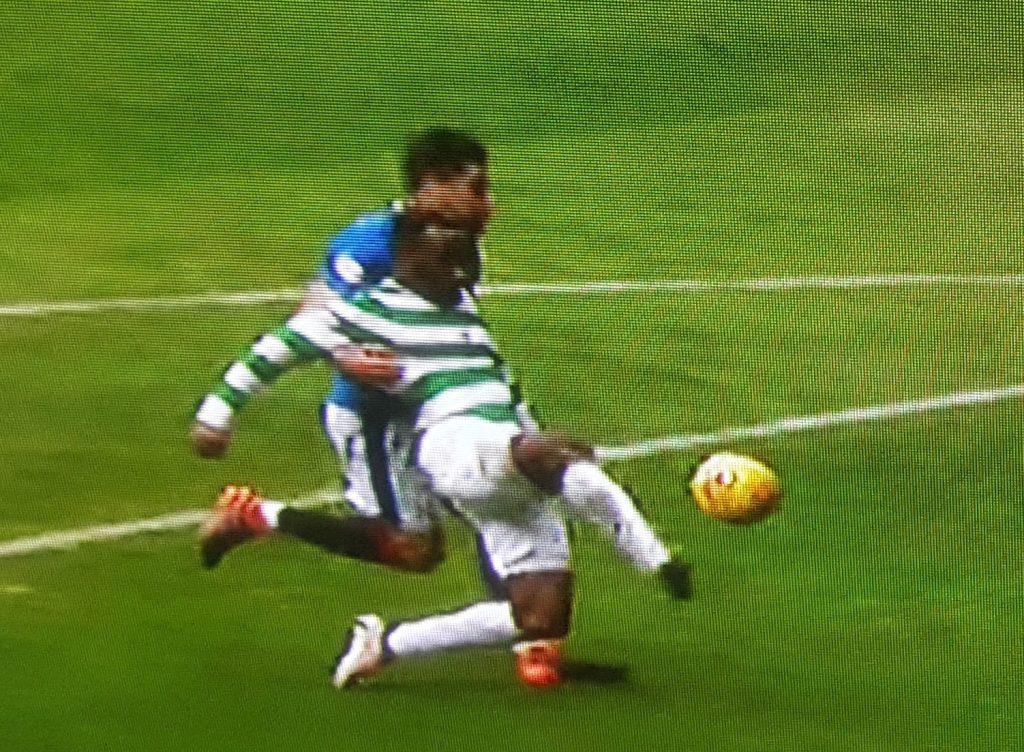 SLICE OF GOOD LUCK…Moussa Dembele lobs in the second.

“There was another massive moment at the end of the second-half when Alfredo Morelos missed an open goal from two yards out. On any other day he scores to level it up.

“I would even go as far as to say Rodgers got lucky again when Jozo Simunovic was sent off because, for as long as the game was 11 v 11, Rangers were the better side.

“It was only after that moment Celtic really got to grips with the game and I know from experience how a match can change when one side goes down to 10 men. The decision gave Celtic a shot in the arm and created a siege mentality.”

“What I saw was a Rangers side which no longer lives in fear of Celtic. I described the fixture as a boxing match and Sunday showed me Rangers are now confident enough to go toe-to-toe with their old rivals for the first time in a long time.

“The fact they were so disappointed on Sunday tells me this is a group of players who will be bursting a gut to put it right at Hampden.”

Ladeeez and gennlemen, Barry Ferguson is appearing here all week. (Not.)