Celtic Quick News on News Now
You are at:Home»Latest News»BRENDAN ON BROONY: ‘HE COULD GO ON TO FOLLOW IN THE FOOTSTEPS OF BIG BILLY’
By CQN Magazine on 10th March 2022 Latest News

BRENDAN RODGERS believes Scott Brown will follow in the footsteps of the legendary Billy McNeill and return to Celtic as manager.

However, the former Hoops boss cannot put a timescale on when that day will arrive.

Thirty-six-year-old Brown, who won a phenomenal 22 honours in a spectacular 14-year career at Parkhead, has already been linked with a comeback in a coaching capacity after his contract at Aberdeen was scrapped, as CQN reported.

Rodgers revealed he had already been in touch with his one-time Celtic captain to discuss pathways into management if the veteran definitely decides to call time on his playing career.

The Leicester City gaffer admitted: “I do think that one day that could be the position for him, but I’m not sure it’s the best step for him to go back right now. 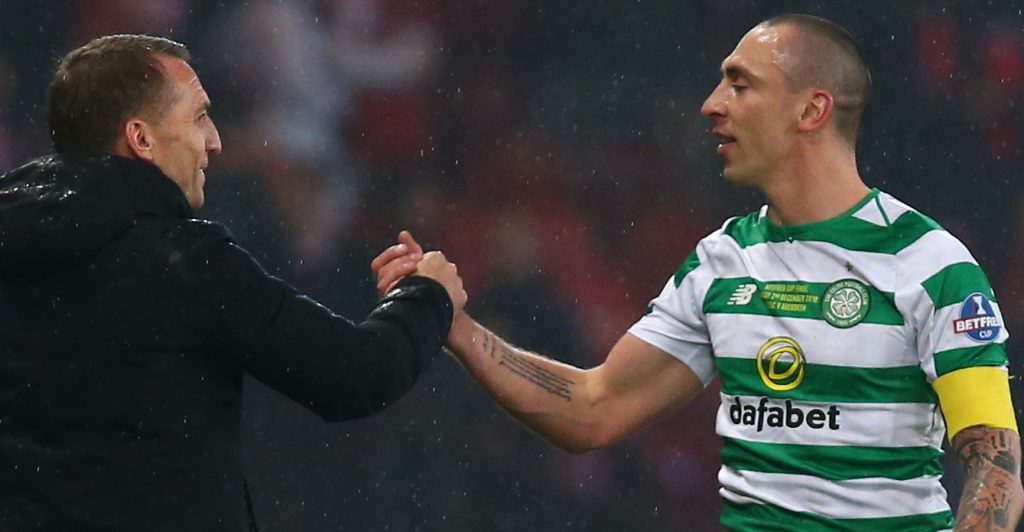 IT TAKES TWO…Brendan Rodgers and Scott Brown during the 1-0 League Cup Final win over Aberdeen in 2018.

“If you look at it, Ange is doing a great job and he’s very clear in how he works. Then, behind him, you’ve got a brilliant coach in John Kennedy who is there to support the manager and you also have Gavin Strachan and Stephen McManus.

“So, you have good coaches there already and, below that, it’s always been Celtic’s way to bring through their own young coaches.

“I’m not saying Scott wouldn’t be a great addition to that. He would. And I’m not saying he needs to put distance between himself and the club, either. It’s about him having the time to allow him to grow and develop in his career, wherever that is.

“But I definitely think there will be a pathway for him to go back to the club at some point in the future. He’s obviously been a fantastic player and captain of the club and he could go on to follow in the footsteps of Big Billy.

“I’m pretty sure if Brownie really wants to do that then I think he will do it. But it’s about building up the skill-set to best enable him to become the manager of Celtic and deal with the pressures and the expectations he’ll then encounter.”

Rodgers, speaking to the Daily Record, added: “I have absolutely no doubt he can then go on to do really well as a manager or a coach. It’s just about waiting for what he sees as the right opportunity.

IT TAKES TWO…Scott Brown and Brendan Rodgers after the 2-0 Scottish Cup Final success over Motherwell in 2018.

“He could go in as a coach and give players little bits of gold dust from his own playing career. So, he could start by doing that and then go on to become a manager somewhere down the road.

“Or he could step straight into a manager’s position because he’s been such a leader all this time. He could then have other coaches around him.

“But there’s no doubt that having someone like him at your club, whatever club that is, would be absolutely fantastic.

“Management requires a different skill-set. Just because you are the highest level of player you can’t just expect to go straight into the same level as a coach or manager.

“For me, this is a guy who’s had an unbelievable career. He should take a little bit of time now to reflect on everything he has achieved. He’s been doing it for so many years, season after season and he’s never taken that bit of time out.

“But this is a great opportunity for him to be able to do that and reflect on everything he did as a player and have a think about what he wants to do next. 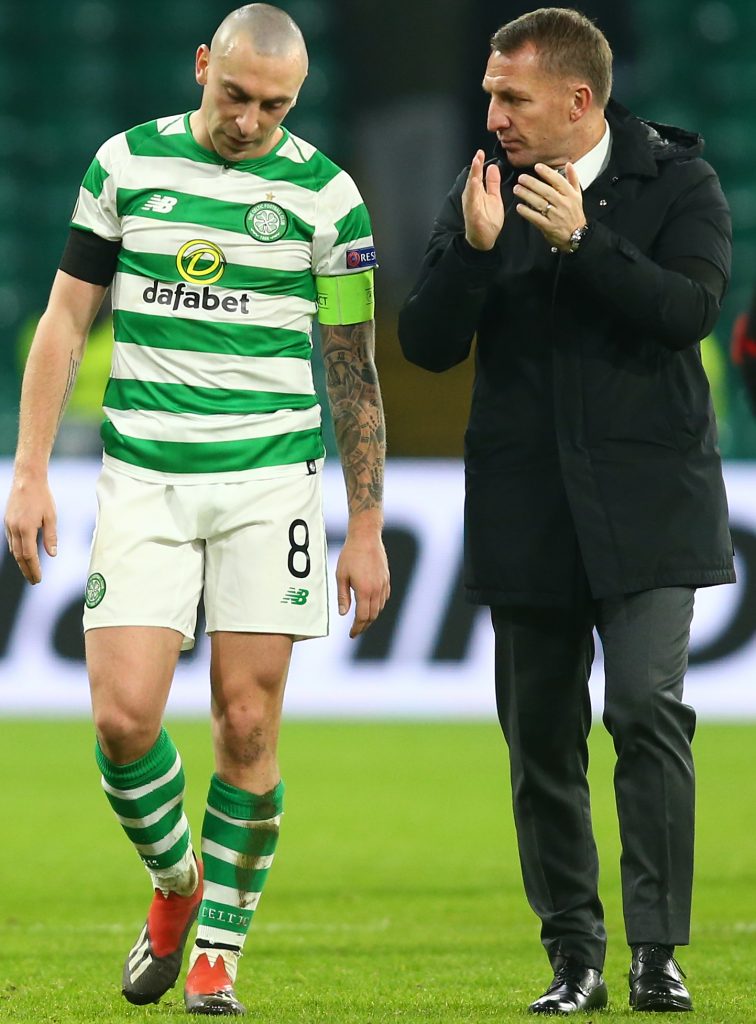 IT TAKES TWO…Scott Brown and Brendan Rodgers after the 1-0 Europa loss in Valencia – just before the manager quit for Leicester City in February 2019.

“He’s already doing his coaching badges, so it’s pretty clear he wants to go down that road. But he just needs time now to look back at all he’s done and then think about his next steps.”

Fans’ favourite Broony, who was bought by Gordon Strachan for a Scottish record £4.4million from Hibs in May 2007, left Parkhead last summer at the end of his contract.

He was offered a player-coach role at Aberdeen by his former Hibs team-mate Stephen Glass and the 55 times-capped Scotland international agreed a two-year deal.

However, the rookie boss was sacked last month after the club’s departed the Scottish Cup at Motherwell and Broony’s involvement off the field was reportedly slimmed down by new gaffer Jim Goodwin.

The Hoops icon is now pondering the next step in his career.

Scott Brown is unlikely to be short of offers.