Celtic Quick News on News Now
You are at:Home»Latest News»BRENDAN’S A BUSY BHOY, GUESS HOW HE SPENT HIS SUNDAY?
By CQN Magazine on 29th October 2017 Latest News

IT has certainly been a busy period for Celtic manager Brendan Rodgers.

On Friday evening he was at the Armadillo in Glasgow for ‘An Evening with Brendan Rodgers’ to launch his new book Brendan Rodgers – The Road to Paradise.

The Armadillo was a complete sell-out and the Celtic supporters certainly loved hearing about Brendan’s upbringing and his life plus all the great stories about supporting and then managing Celtic.

The Danny McGrain story has been widely reported and certainly was well received on Friday and subsequently on social media. 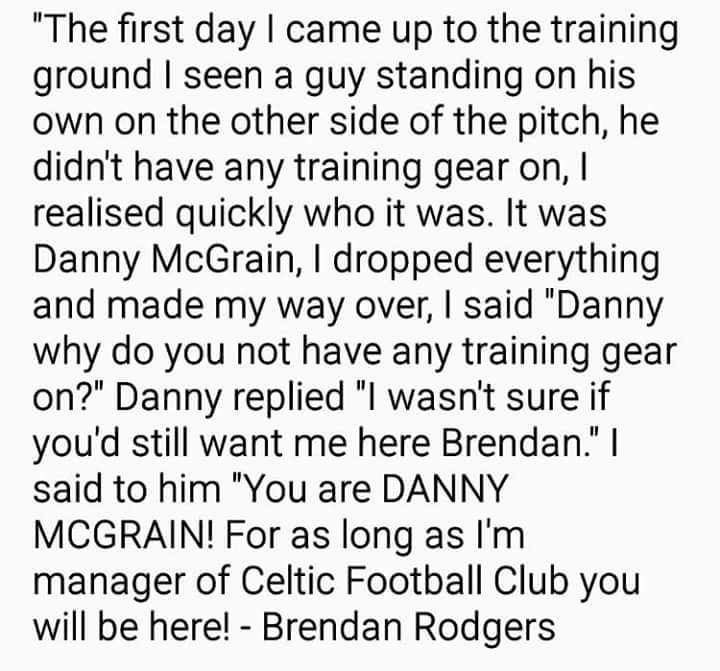 Yesterday it was back to Premiership business as Brendan extended Celtic’s unbeaten run to 62 matches equaling a hundred year record which was set by Willie Maley’s Celtic side between 1915-17.

Tomorrow he will start the preparation for the visit of Bayern Munich in the Champions League, when there will be a capacity crowd and a chance for Celtic to claim a big scalp. If they play like they did at Aberdeen on Wednesday there is a chance, maybe only a small chance but with Brendan in charge…

Tuesday is match day then on Wednesday he is over in Belfast for the second leg of the book launch to give the Irish supporters the chance to get along to ‘An Evening with Brendan Rodgers’ at Belfast’s Waterfront Hall. Full details of this are listed below and there are still a limited number of tickets remaining.

Anyway, what was Brendan doing today? Catching his breath,  putting his feet up? Chilling?

None of the above.

Today he was helping with the Celtic under 14s!

We are lucky to have him as ‘the leader of the people’.