ANGE POSTECOGLOU admitted the Celtic fans played a massive role in helping the team to a 3-0 Europa League qualifying win over Jablonec at Parkhead last night.

A double salvo from David Turnbull and a smartly-taken strike by James Forrest eased the Hoops through to a final play-off on a runaway 7-2 aggregate over the Czechs and they now face Dutch outfit AZ Alkmaar in the play-off final with the first leg due in Glasgow on Wednesday.

The supporters will again get the opportunity to play their part after a sell-out stadium rocked with excitement and atmosphere for the first time since March last year. 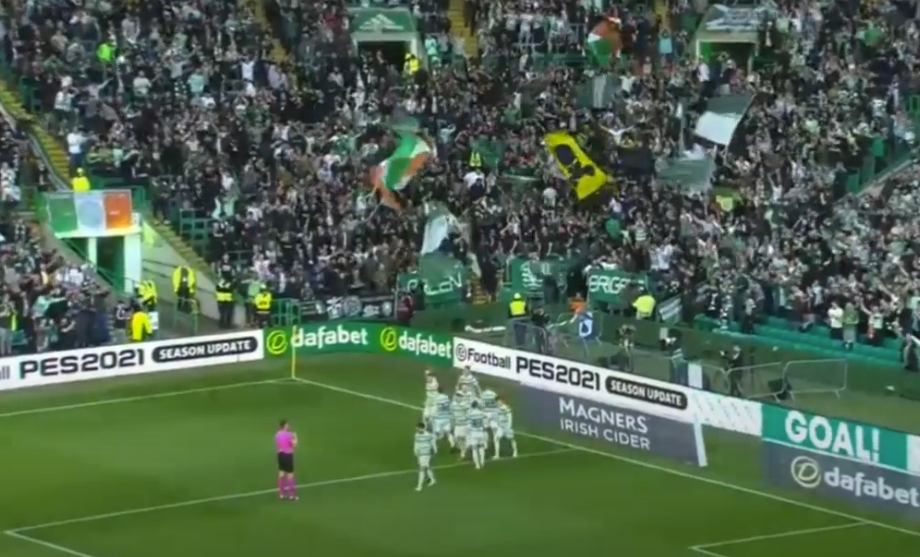 Postecoglou experienced a special European night in the east end of Glasgow for the first time and there to share it were his wife Georgia and children Max and Alexi.

The Greek-Australian coach said: “It was brilliant with the fans. For me, that’s what football’s all about.

“It’s great to have success and to win, but to have these kind of experiences is why I fell in love with the game in the first place.

“It was great to be a part of it and I think they played their part in it, particularly with the players in the middle of a pretty hectic schedule.

“At times, when it looked like we were running on empty, they found extra energy because the crowd noise was incredible.” 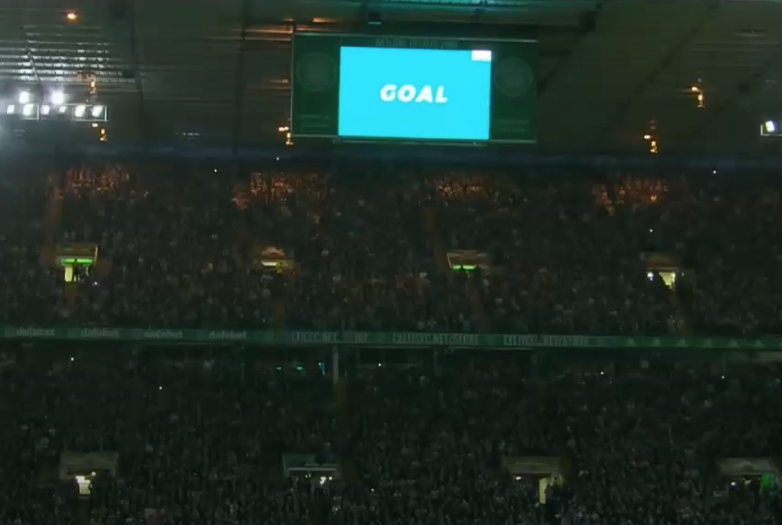 SIGN OF THE TIMES…the scoreboard flashes as the Hoops supporters celebrate.

Postecoglou, speaking to the Daily Record, added: “It was a good start. I thought the first 25 minutes, half-an-hour were really good. We started with a great tempo and we fed off the energy of the crowd.

“We had some good opportunities to score more goals. We lost our way the last 15 minutes, we complicated things a little bit.

“Second-half, we started brightly. But, overall, considering the heavy schedule we’re in, the expectations and demands I put on the players for style of football, I thought it was a good victory and a good performance.”

Israeli winger Liel Abada missed the match with a slight knock, but should be fit for Sunday’s home League Cup opener with Hearts.