The Japanese striker was a £4.6million purchase from J-League outfit Vessel Kobe, the Israeli winger cost £3.6million from top-flight Maccabi Petah Tikva while the Portuguese wide Bhoy agreed a season-long loan deal from Benfica with the Hoops hierarchy preparing to make his switch from the Lisbon giants permanent in a £6.5million move in January, as CQN reported yesterday. 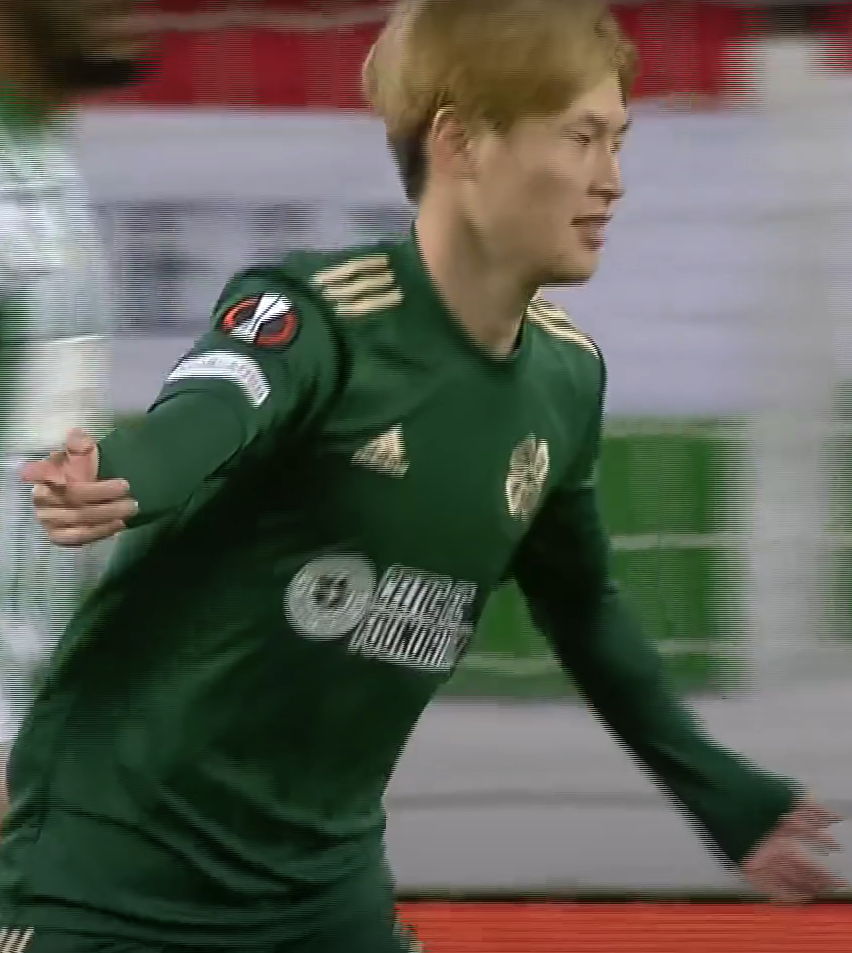 ONE…Kyogo Furuhashi races away after opening the scoring in Budapest.

If the Parkhead supporters are enjoying witnessing the skills of the terrific trio – who each scored in the Europa League Group G victory over Ferencvaros in Budapest – then midfielder David Turnbull has admitted it is “a pleasure” to play behind them.

The Scotland international playmaker, who has scored seven goal this season, said: “They were very, very good in midweek.

“As a midfielder, it’s just brilliant to have them in front of you.

“They scored all three goals and two of them got an assist with Kyogo and Liel setting each other up.

“Their link-up play caused all sorts of problems for Ferencvaros’ defence and it’s great when you see your team-mates gelling so well.” 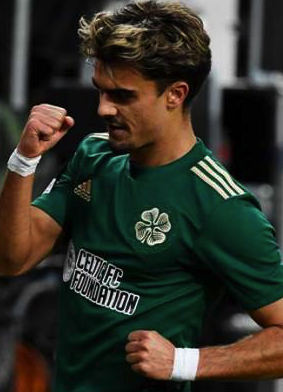 Turnbull, speaking to the Sunday Mail, continued: “Kyogo is a joy to play alongside and I feel we already have a great understanding on the pitch.

“When he runs in behind, I know to try and find him with a through ball.

“When he drops off, I know what he’s doing in terms of linking the play.

“He’s a great player and a really good finisher when he gets the ball in the right areas.

“You can see that by the amount of goals he’s got for us and, hopefully, he can keep doing even more of that for the remainder of the season.

“I don’t know what other clubs were in for him in the summer, but we’re really happy that he chose to come here because he’s been a great pick-up for us.

“Hopefully he carries it on and maybe does even better.” 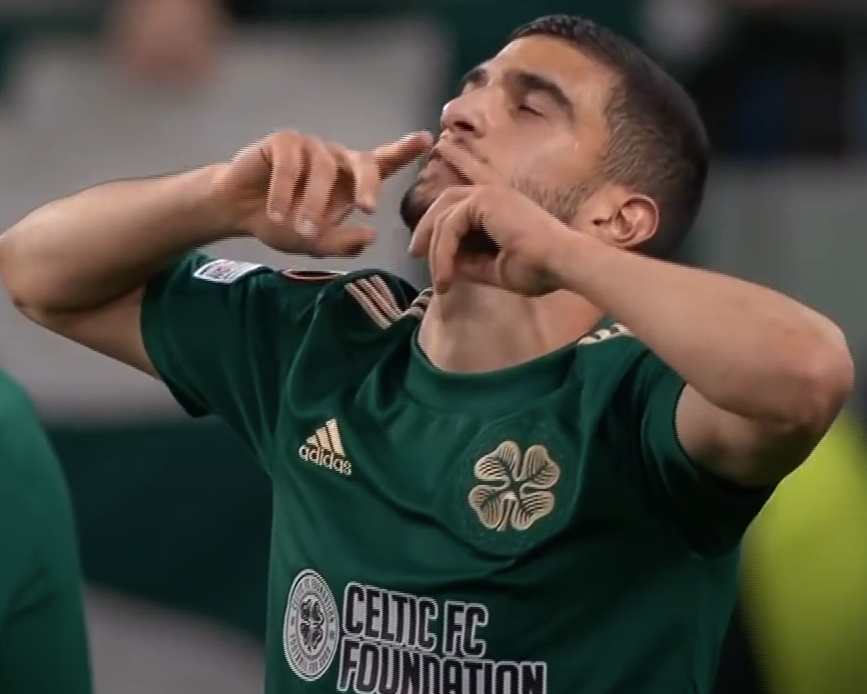 THREE…Liel Abada looks to the heavens after hitting the matchwinner.

Twenty-two-year-old Turnbull added: “The manager has great options opening up for him now.

“You saw that against Ferencvaros when he took off the front three and put on James Forrest, Mikey Johnston and Gio Giakoumakis.

“It was at a point in the game when we were looking to see it out. And you could see how lively they all were when they came on with 20 minutes to go.

“They brought an extra freshness to the team and it’s great having those options going forward.”

Kyogo, Jota and Abada are likely to go on show again at midday at Dens Park today when the Hoops face Dundee for the second time in this campaign.

The Japanese international ran amok in Glasgow in August when he fired in a dazzling hat-trick in a landlside 6-0 victory.

We can only hope for an action replay.

* DON’T miss the unbeatable match report and action images from Dundee v Celtic this afternoon – only in your champion CQN.