Celtic Quick News on News Now
You are at:Home»Latest News»‘BRING IT ON, BROONY,’ URGES DONS BAD BOY
By CQN Magazine on 29th May 2018 Latest News

GRAEME SHINNIE has told Scott Brown he is ready for war when Celtic face Aberdeen next season.

The Dons skipper was booked for a lunge on his Hoops counterpart in the Pittodrie side’s 1-0 win in Glasgow during the last league game of the campaign.

Afterwards, during a live interview on TV, an unrepentant Shinnie said: “What goes around comes around.”

That prompted Brown to scoff at the midfielder for his lack of quality, accusing him of tackling “like a little boy”. 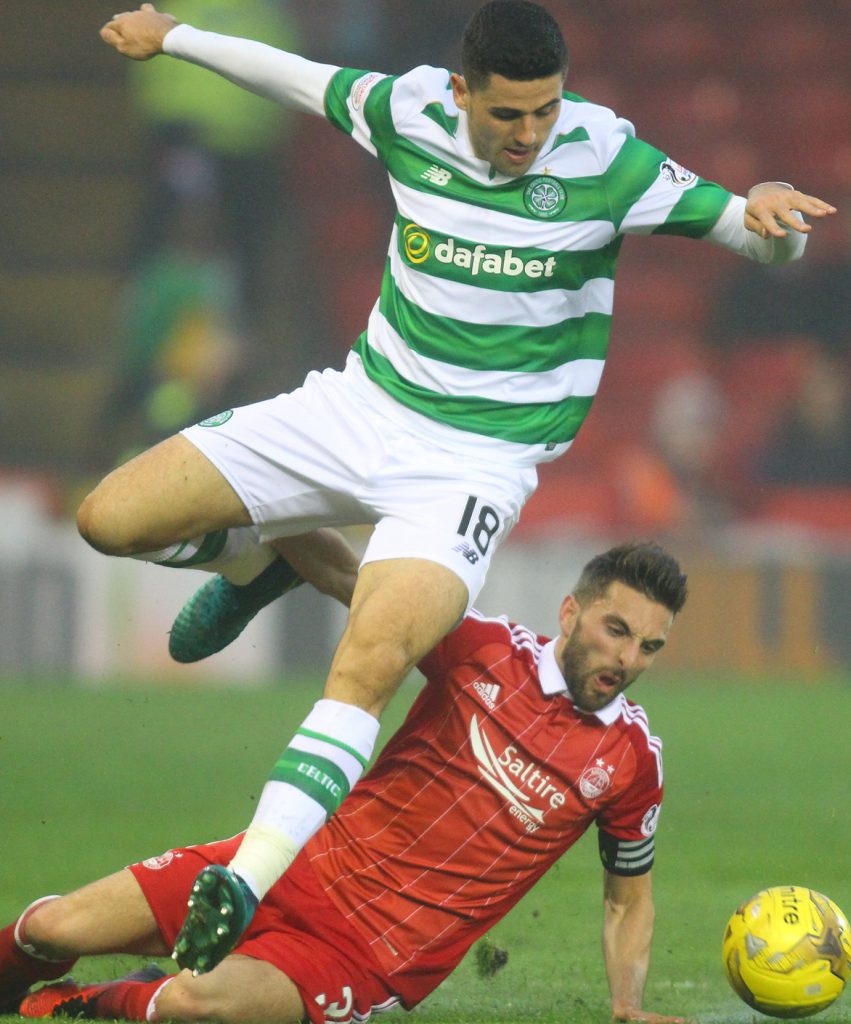 Shinnie has now answered the champions’ captain and said: “I have total respect for fellow-players and especially Scott Brown for what he has achieved in the game, captaining the national team and Celtic and all he has accomplished.

“I’m guessing there will probably be some sort of revenge coming back at me and I fully expect that. I’m a man who can take it. That’s what happens, it’s competitive in the middle of the pitch.

“It’s the way Scott Brown plays, we’re very similar in terms of how we perform. We’ll shake hands before the match and then the game will be a war like it always is and then afterwards it’s done. It’s the way I play and the aspect of the game I love.

“We’ve been the two best teams in the league for the last few years and everyone knows he’s a big character in Scottish football.

“He’s a competitive player and in my eyes that’s the way I play the game, Aberdeen v Celtic, Aberdeen v Rangers – they’re competitive matches with big atmospheres and it’s a bit of a war.

“There are plenty of bad tackles, but once it’s finished it’s done and dusted. If it wasn’t, there would be a number of boys in the league coming for me.

“His comments were maybe a wee dig after what happened in the game. I’m tough enough to deal with that. I’m a man and I can take that stuff.” 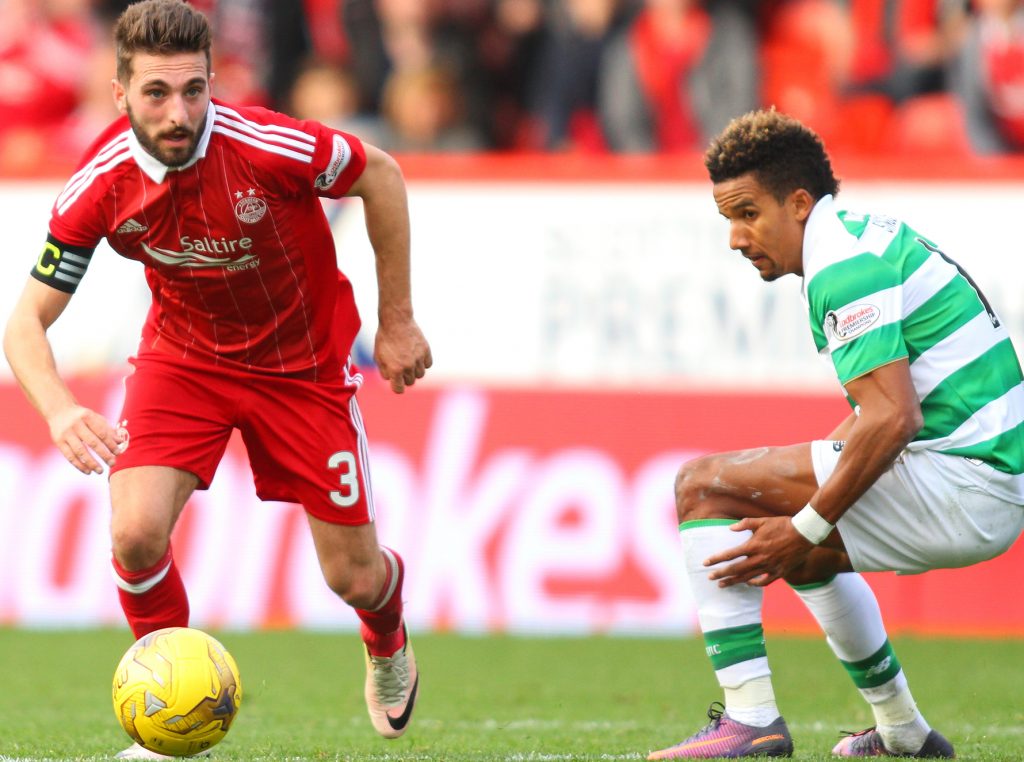 RED ALERT…Graeme Shinnie and Celtic attacker Scott Sinclair in a tssule for the ball.

Shinnie, who was yellow-carded 17 times during the season, maintained Brown was fortunate not to be sent off after only picking up a booking for an earlier foul on Kenny McLean.

He added: “I gave an interview after the game and made a comment that came out wrong. During the match, there were a few tackles and mine was made out to be a lot worse than some of the others.

“Potentially, mine wouldn’t have happened because some could say he (Brown) was lucky still to be on the pitch. I get plenty of bookings, so he’s not the only one who has taken a bad tackle off me.”