Celtic Quick News on News Now
You are at:Home»Latest News»BRING IT ON: CELTS PREPARE FOR HAMPDEN
By CQN Magazine on 17th April 2022 Latest News

ANGE POSTECOGLOU has put his players through rigorous training sessions at Lennoxtown all week in preparation for this afternoon’s Scottish Cup semi-final at Hampden.

Extra-time could be a possibility against Giovanni van Bronckhorst’s Ibrox outfit as Celtic eye a return to the national stadium on Saturday May 21 to bring down the curtain on a memorable season.

Craig Gordon and his Hearts team-mates are awaiting the identity of their opponents after overcoming Shaun Maloney’s Hibs 2-1 in their last-four encounter yesterday.

Robbie Neilson’s side booked their third Cup Final appearance in four years – and in the previous two they finished runners-up to the Parkhead men.

Ryan Edwards gave the Tynecastle outfit – then managed by Craig Levein – the lead on the iconic date of May 25 in 2019, but Odsonne Edouard claimed two – one from the penalty spot – as the Hoops roared back to clinch the treble treble.

It took a penalty-kick from Kristoffer Ajer in the delayed silverware showdown to complete the extraordinary quadruple treble in December 2020 after the game had finished all-square at 3-3 following extra-time.

Could their be a hat-trick of Celtic Hampden victories over the Edinburgh club on the horizon?

Over to you, Ange and the Bhoys!

As our images emphasise, the players are up for this afternoon’s challenge. 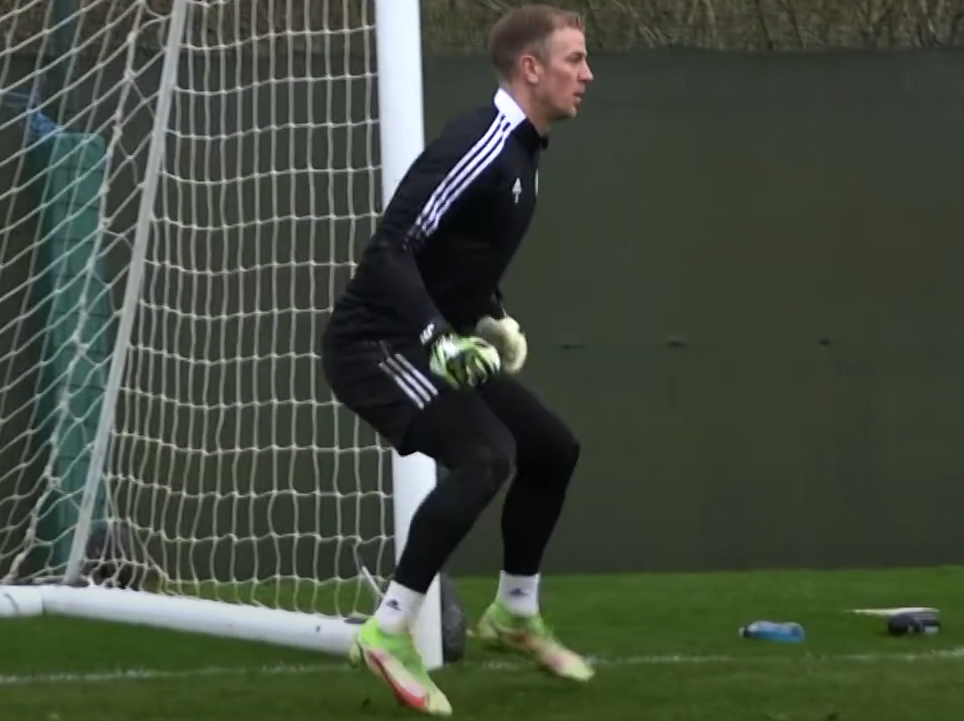 ON GUARD…Joe Hart keeps his concentration during Lennoxtown training. 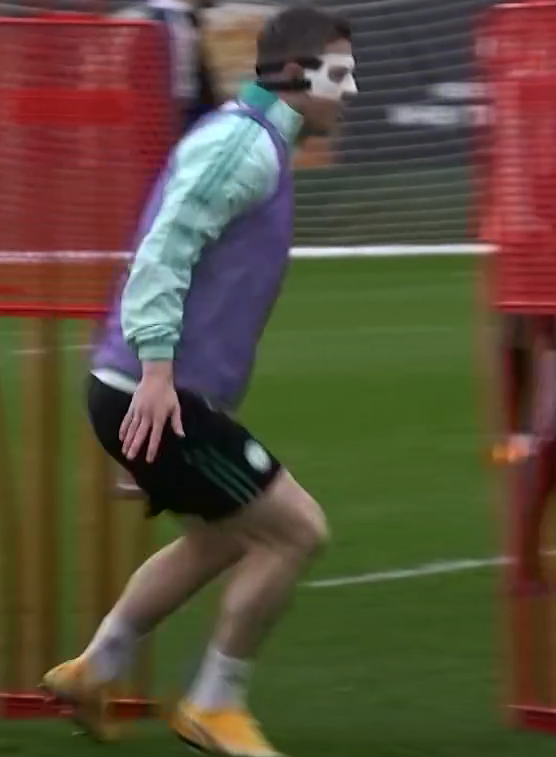 AT THE READY…Callum McGregor goes through a training routine. 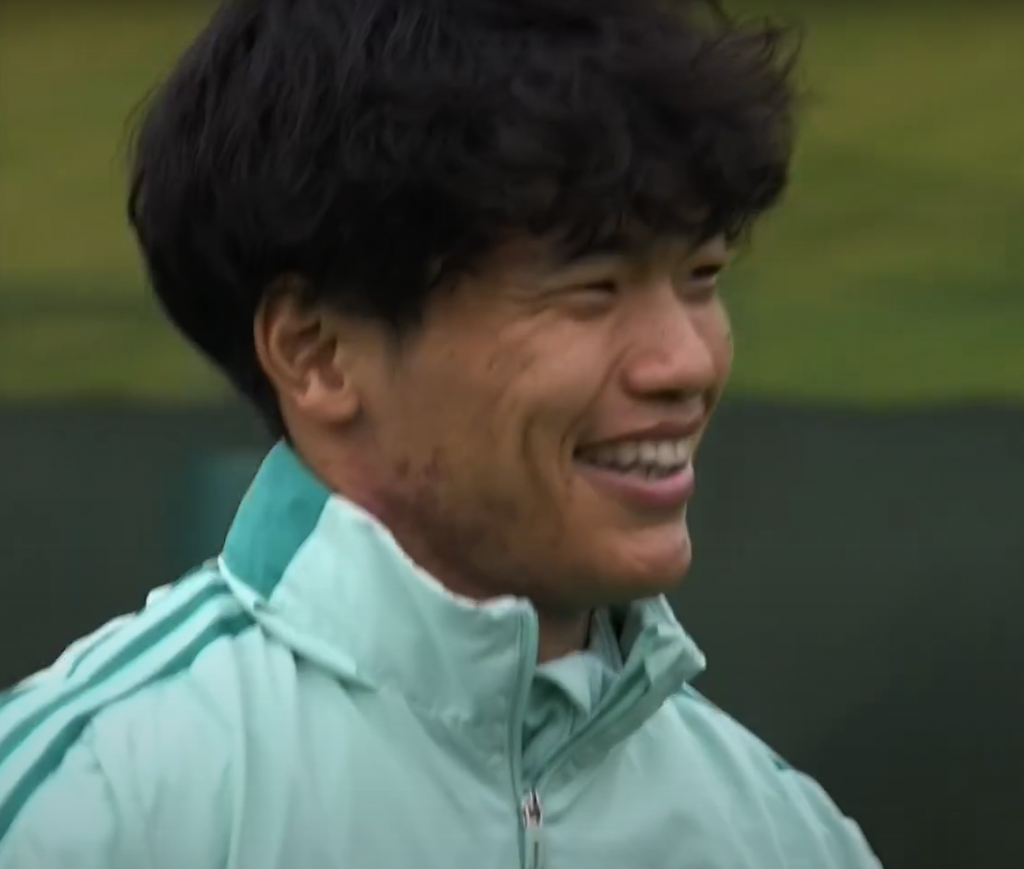 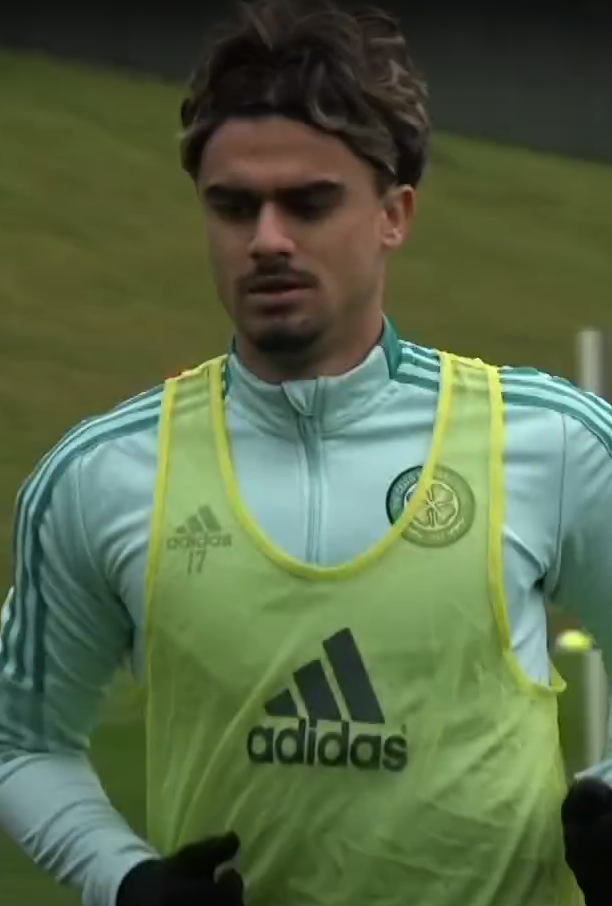 GET READY TO RUMBLE…the Celtic players go through loosening-up sessions before the hard work begins. 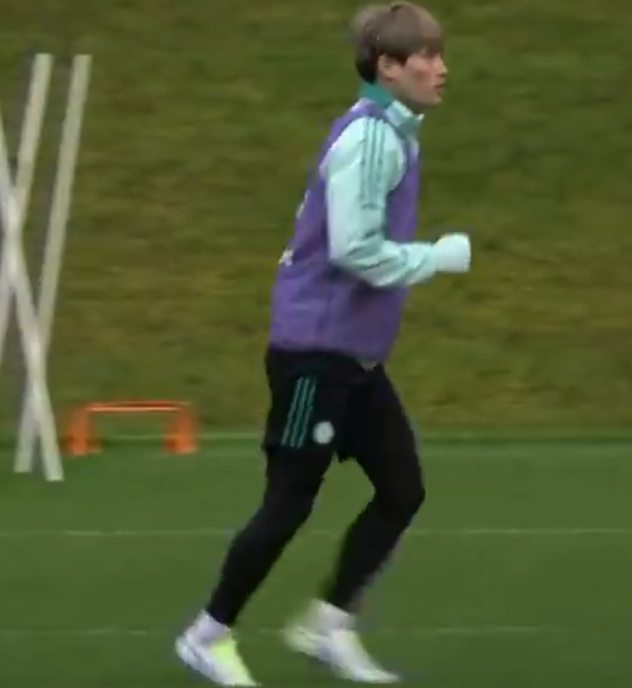 LONE STAR…Kyogo Furuhashi gets in shape for a Hampden appearance. 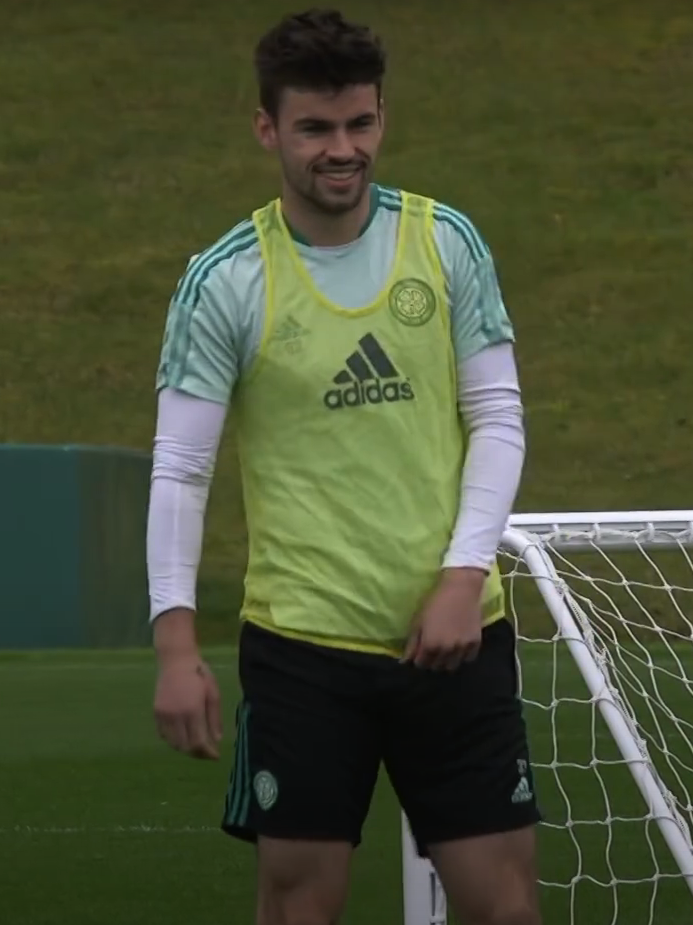 SMILES BETTER…Matt O’Riley keeps his cool – as ever. 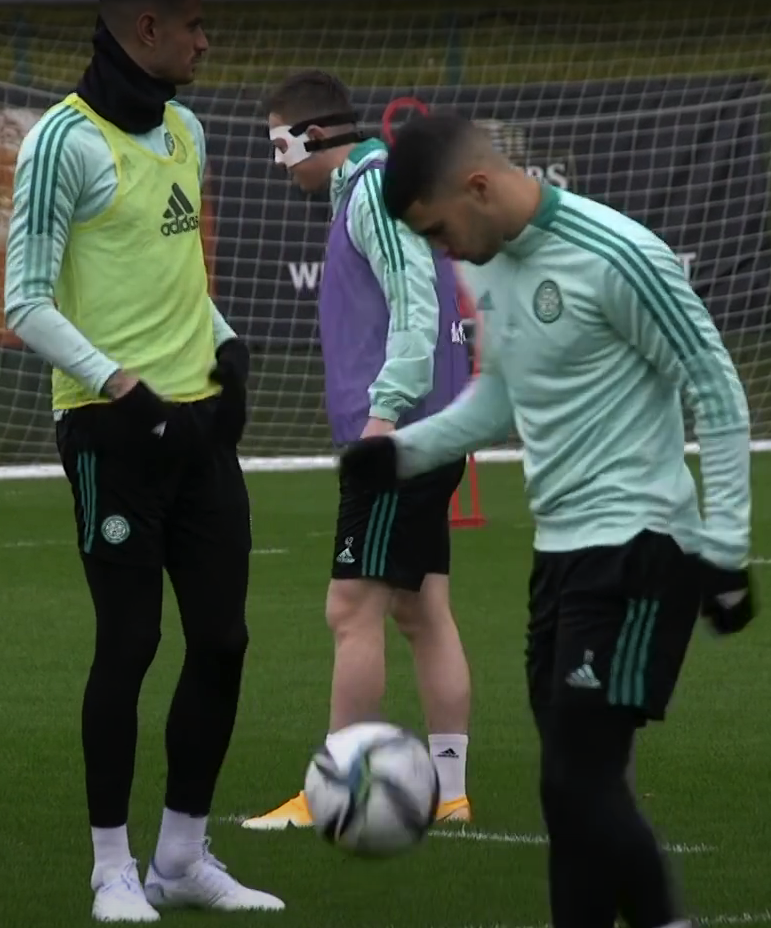 THREE AMIGOS…Liel Abada concentrates on his ball work with Nir Bitton and Callum McGregor in attendance. 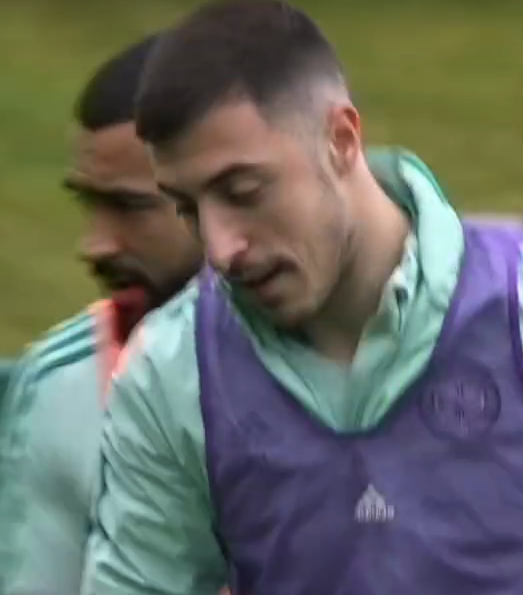 TWO HEADS ARE BETTER THAN ONE…Cameron Carter-Vickers and Josip Juranovic double up. 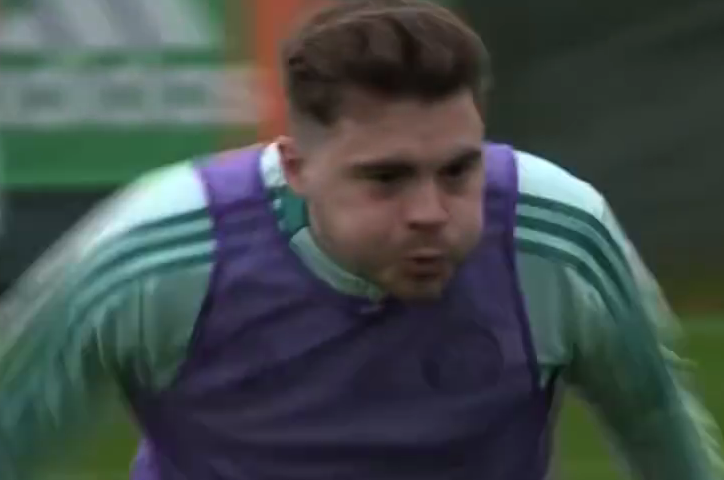 CHEEKY BHOY…James Forrest puts some effort into a sprinting exercise. 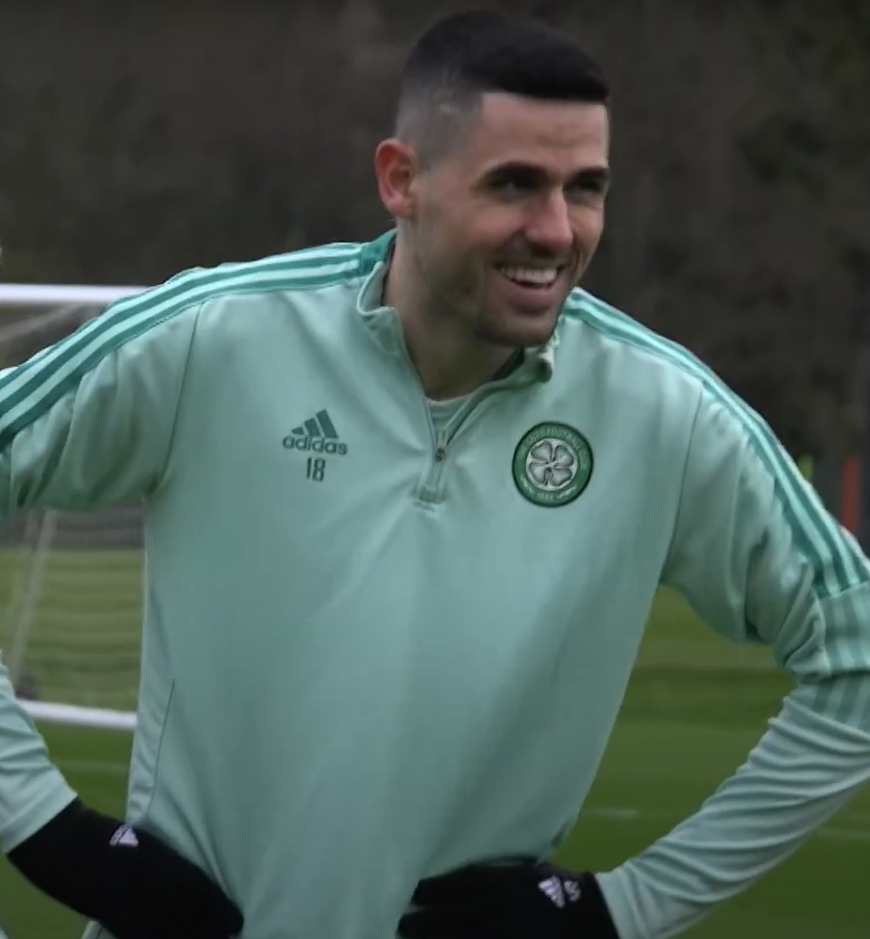