CRAIG GORDON is relishing the prospect of facing up to Dutch superstar Robin van Persie when his Fenerbahce team arrive in Glasgow on October 1 for an intriguing Europa League clash.

The last time the keeper came up against the striker he was playing for Sunderland against Arsenal in October 2007 after his £9million move to Wearside from Hearts.
Van Persie rattled a ferocious free-kick past Gordon in the seventh minute and claimed the winner late on at the Emirates Stadium.
The Hoops No.1 said: “I also remember having some good games against him at our Stadium of Light.
“He is a world-class striker, has been around and has some great experience. This is where you want to test yourself against good players and good teams. I look forward to that. 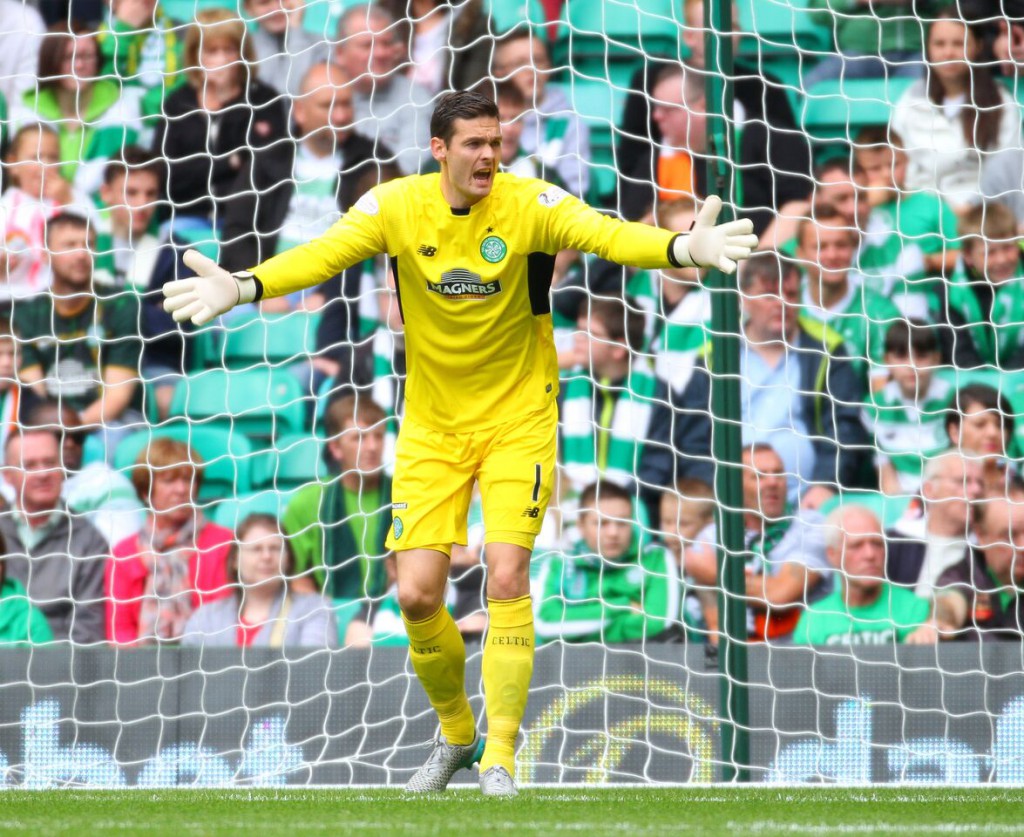 “Technically, he is fantastic. His goalscoring record wherever he has been is fantastic. I will be up against a tough opponent there.

“But there is not only him. There are a few other decent players in that team, as well, with Nani there.

“He is another top-quality performer who has done it on the European stage before.

“We are obviously going in against some tough teams and some great players. But that is what you want to do in European competition.”

The 31-year-old knows that some good results against the Turks, Ajax and Molde could help ease some of the pain of missing out on the Champions League group stage after the nosedive in Malmo.

Gordon added: “We have spoken about the loss quite a bit with the manager ourselves and in little groups.
“We have done analysis and had a chat about where we think we have gone wrong.

“That will help us in the long run. It is obviously not nice just now. But,  hopefully, we can learn from that as a squad and make sure it doesn’t happen again.

“We have put our thoughts into the group and where we thought it all went wrong and I think we should probably keep that to ourselves.

“It was a very good discussion. Everybody said what they thought and it was very open.

“I think if we are going to get the best out of that we probably have to keep that to ourselves and make sure that we move forward.”
——————————————————————————————
* We have a very small number of SIGNED copies of our wonderful book CAESAR & THE ASSASSIN still available. The book will be completely sold out shortly so this is your chance to get a signed copy. Order directly from CQN HERE or click on the graphic below.