SCOTT BROWN admitted he was close to tears as his 14-year Celtic career came to a halt in the goalless draw against Hibs at Easter Road yesterday.

The 35-year-old skipper was signed from the Edinburgh oufit by Gordon Strachan in a £4.4million deal – a record between two Scottish clubs – in May 2007.

Brown could still manage a smile when he was asked by BBC Scotland about the part the former manager played in getting the big-money switch over the line.

“He made that mistake, didn’t he?” joked the Hoops onfield leader who will be heading for Aberdeen after winning 22 honours in Glasgow. 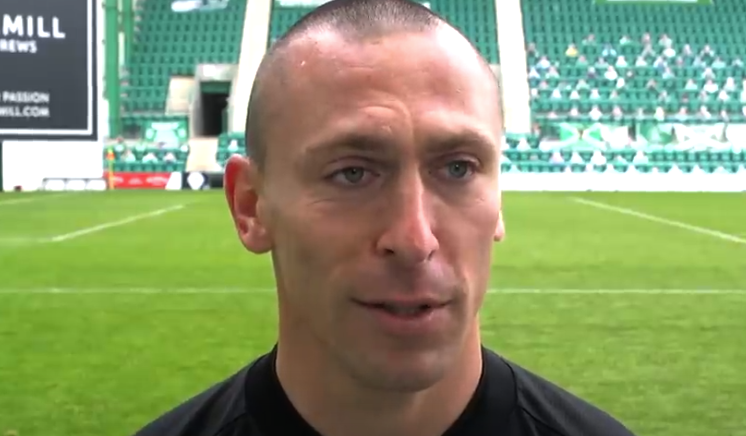 EMOTIONAL…Scott Brown talks after his final game at Easter Road.

Strachan, who won three successive championships at Parkhead, was one of six bosses Brown worked alongside at the club including Tony Mowbray, Neil Lennon, Ronny Deila, Brendan Rodgers and John Kennedy, in an interim capacity.

The curtain came down in the capital at the end of his 620th and final appearance in the famous green-and-white hoops.

Brown said: “It’s sad that I’m leaving and it’s sad that there are no fans here that I can say goodbye to because they’ve been a huge part of my life and my career for the last 14 years.

“Even the Hibs fans, when I was here before, have been fantastic with me whenever I meet them.

“I’m not really an emotional kind of guy, but this is probably as close as you’re going to get me to tears.

“It’s helped that we’ve had two games, it’s focused my mind on making sure I was ready and physically in good condition for the games and I enjoyed it.

“We played really well and we were just a little bit unlucky and we just couldn’t put the ball in the back of the net.” 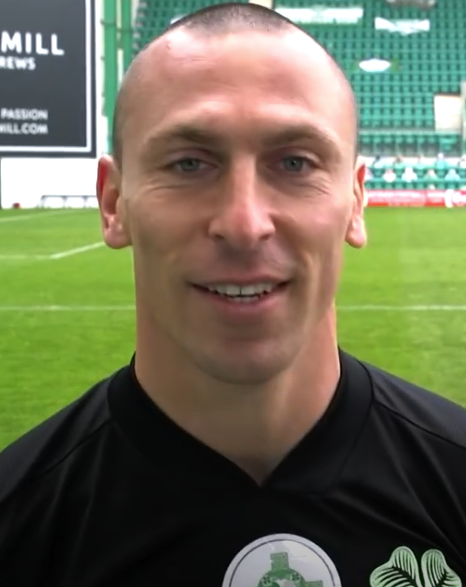 Brown, speaking to Celtic TV, added: “But it was really nice to finish my Celtic career where it pretty much started.

“The lads said to me before the game – you’ve got to have a shot – so that was my one attempt that I’ve had.

“I played the 90 minutes and I played 60-odd minutes on Wednesday, so it shows you that I’ve still got the energy in the tank.

“I love playing football. It’s something I really enjoy. Coming into Lennoxtown for training, I always do it with a smile on my face.”

It has been said Brown, who won 10 titles in his time at Parkhead, made a habit of putting amiles on the faces of Celtic fans.

CQN offers Scott Brown our best wishes for the rest of his illustrious career, on and off the pitch.

BROWN AND OUT IN NO-SCORE SNORE