CELTIC skipper Scott Brown insists he would have been hammered by the SFA if he had made the same sort of challenge that saw Andrew Davies sent off last week.

The Ross County defender clearly stamped on the Hoops midfielder in the champions’ 3-0 win at Parkhead.

Brown said: “Looking back, it’s quite bad. At the time I didn’t realise how bad it was because I slid in with Billy Mckay, we were arm in arm, I fell over, pushed the ball and he’s waited for us and stood on top of me.

“But, let’s be honest, if that was me, I’m getting a solid five-game ban and probably not playing for the rest of the season.

“I’d be all over the paper for weeks on end – and he’s got a two-game ban.

“Jesus, I kicked Neymar on the back, my big toe almost touched him, and I got a three-game ban. There are rules for some and not others.

“It’s because everyone has been talking about my tackling, but I’ve never deliberately stood on anyone’s hee-haws.

“But he’s done my a favour – I didn’t want any more kids, so it saved me going to the hospital.” 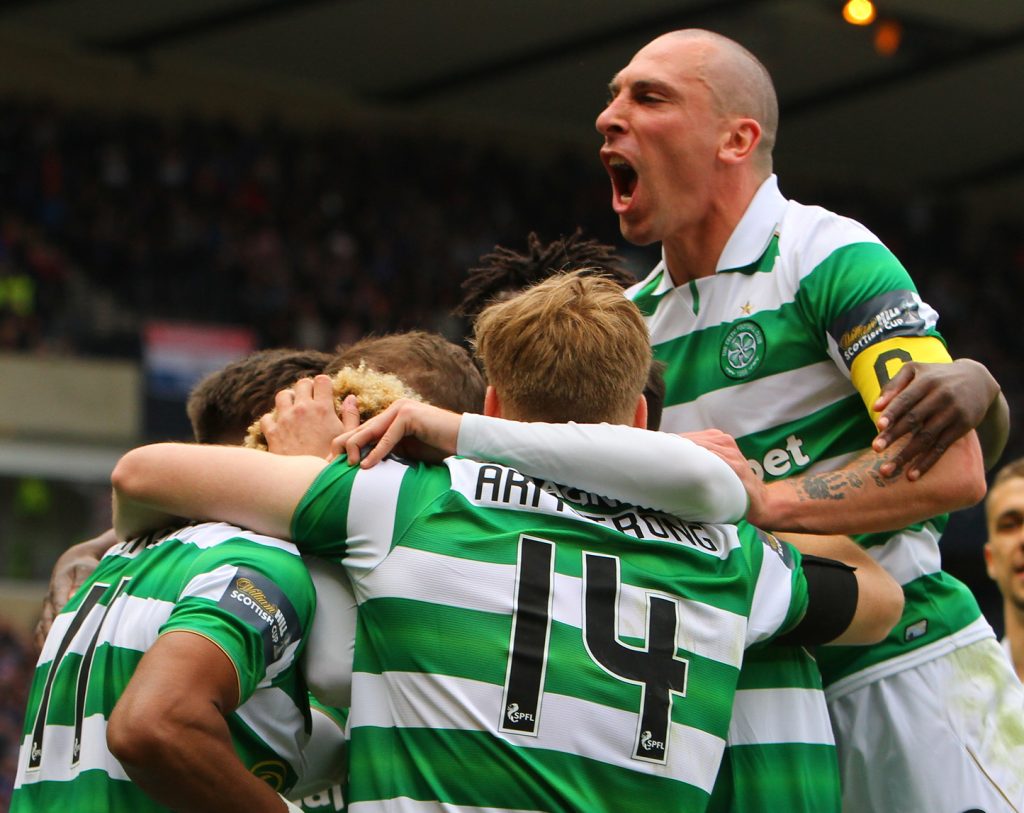 Brown added: “As everyone says, it’s part and parcel of the game, going in for a tackle, but to do it cowardly is not great.

“You want to tackle hard, win the ball and it’s a contact sport, but stamping on opponents when the ball is nowhere near you is definitely not being a hard man or going into a hard tackle.

“I play hard but fair for most of them, now and then you mistime one and you get booked.

“But I don’t ever stand on anyone, especially where he stood on me. He’s waited until the ball has gone flying past and he’s properly gone for it.

“You can see on his face, he’s just walked off. Being a captain of a team in a relegation battle, who has players looking up to him, to do that is not what Ross County need.

“Did he apologise? No. Nothing. That would be the manly thing to do.”

Brown also had a pop at Craig Levein – with the Hearts boss claiming players need protection from the Hoops skipper.

He said: “He seems to just to talk for the sake of it. I’ve been suspended once this season, Graeme Shinnie has had two already. I don’t know where he’s getting those accusations from.”