SCOTT BROWN is facing the heartbreaking decision that could end his 11-and-a-half glorious years as as a Celtic player.

The 33-year-old former Scotland international midfielder will finally receive a contract offer from A-League new boys Western Melbourne that could see him extend his career Down Under.

Brown, who cost £4.4million when Gordon Strachan bought him from Hibs, is out of contract at the end of the season and can leave without the Hoops receiving a transfer fee.

The Aussie outfit  have made contact with Parkhead chief executive Peter Lawwell to officially register their interest in the player.

The 55-times capped powerhouse will be left to ponder a lucrative three-year offer which would end his time as a player in the east end of Glasgow. 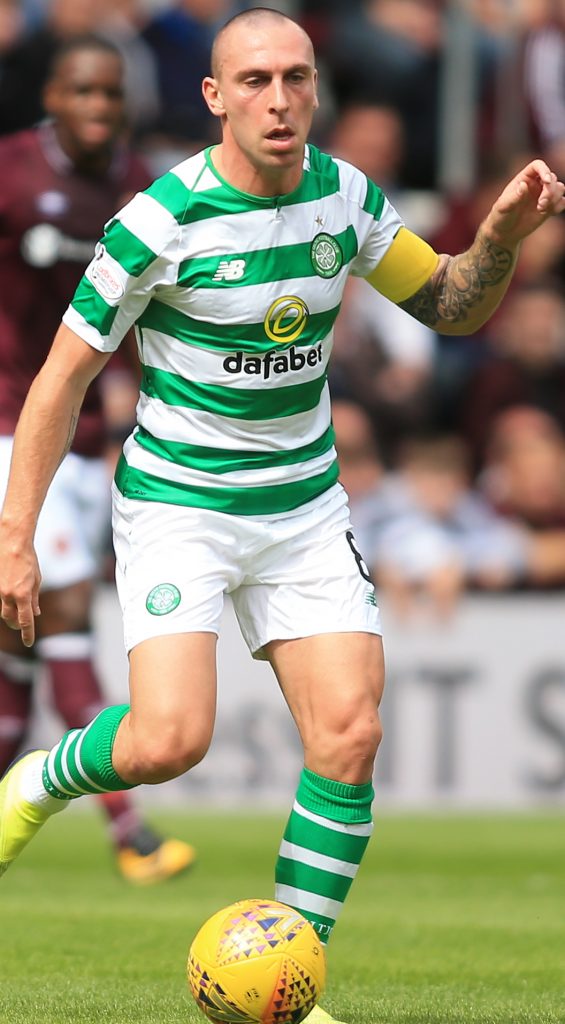 ON THE MOVE? Scott Brown has a huge decision to make. Pic: Geo.

Brendan Rodgers has refused to put his captain under pressure and Brown, who has led the club to seven successive Premiership crowns and has been a key player during the Irishman’s first two years in charge where he delivered the historic double treble, has a monumental decision to make.

The player has been offered a contract extension by supremo Lawwell and has held a series of discussions with the manager who has made it clear his preference would be for him to stay.

Brown is currently on a family holiday in Dubai and will join up with the rest of his team mates there this weekend at the champions’ winter training camp.

He sustained a hamstring injury against his former Easter Road club in October and has been in and out the side since the problem flared. Callum McGregor has taken over the anchorman role in several games and has been a revelation.