Celtic Quick News on News Now
You are at:Home»Football Matters»‘BROONY EPITOMISES CELTIC,’ ARMSTRONG
By CQN Magazine on 29th April 2017 Football Matters
STUART ARMSTRONG is delighted Scott Brown has been given the go-ahead to face Sevco Rangers at Ibrox this afternoon.
The influential Celtic skipper had his red card reduced to a yellow after being sent off by ropey referee Don Robertson near the end of the 2-2 draw at Ross County.
That offers boss Brendan Rodgers the opportunity to again team up Brown with Armstrong and Callum McGregor, who combined so well in the 2-0 Scottish Cup semi-final win over the same opponents at Hampden on Sunday. 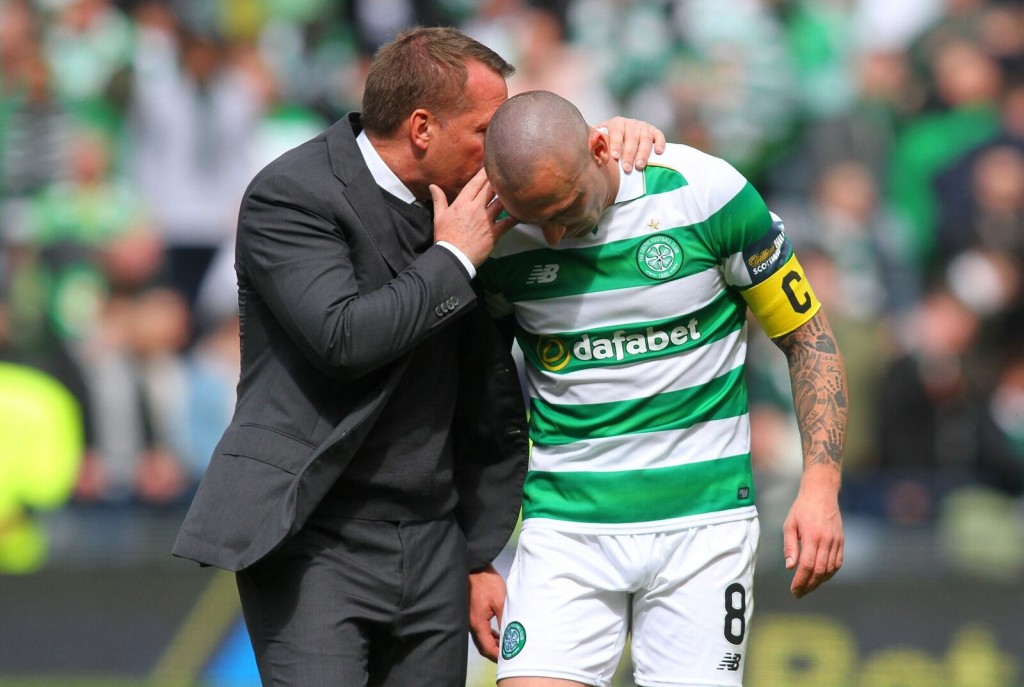 Armstrong said: “Scott is a very unique player in the sense he epitomises Celtic in many ways.
“It’s a lot nicer to have him in the team than out of it.

“We have a very good depth of squad here and everyone will want to play their part.

“With Scott, though, his performances and effort throughout the games have shown he’s a true leader.

“He’s respected very much. He’s a terrific player, there’s no doubt about it. When the three of us play it always works well. It’s a good combination.

“Callum is a very good player, he’s very tidy and good with his passing. He has good awareness and creativity and he scores goals, as well.

“His finish against Rangers at Hampden was very good. He used the defender just to bend the ball around and into the back of the net.

“It’s difficult in a big game like that to keep your composure, but Callum has those qualities.”

ORDER YOUR COPY TODAY AT WWW.CQNBOOKSTORE.COM – ask not what the Lisbon Lions have done for you…