Celtic’s 35-year-old skipper will play in his last Glasgow derby after 14 years of being in the thick of these frantic encounters following his £4.4million arrival from Hibs when Gordon Strachan shelled out a record fee for the dynamic performer.

Brown, of course, will have two more games to play for the Hoops – against St Johnstone at Parkhead and his former Edinburgh club at Easter Road – before heading for Aberdeen on a two-year contract as the Pittodrie club’s new player/coach.

John Kennedy will pitch the old warhorse into his team’s engine room against Steven Gerrard’s side tomorrow as the fallen champions go in search of their first victory over the Govan club at the fifth time of asking. 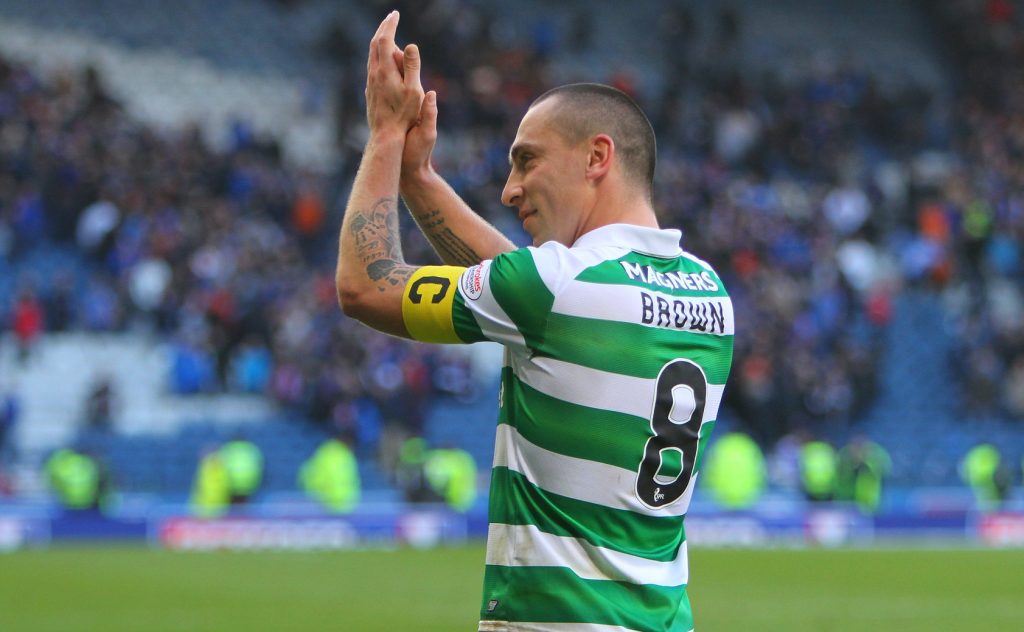 HAMPDEN HOORAYS…Scott Brown applauds the Celtic fans after the League Cup semi-final win over the Ibrox club in 2016.

Brown is used to triumph in these confrontations and he will be determined to go out as a winner.

Interim boss Kennedy said: “There is no denying that in terms of what he has given this fixture. The way he brings out his personality in these games just adds to the whole spectacle of it.

“Everybody talks about replacing Scott. I’m not sure it will be possible to replace him.

“The team will have to deal with life without him and the club will have to evolve without him because there are very few of his breed around. He will certainly be missed by the club and also by the big games and fixtures like this.

“Scott’s a very driven character and over his period at Celtic he has had amazing success. Certainly in these games, he has been an iconic figure. He has stood up at big moments. 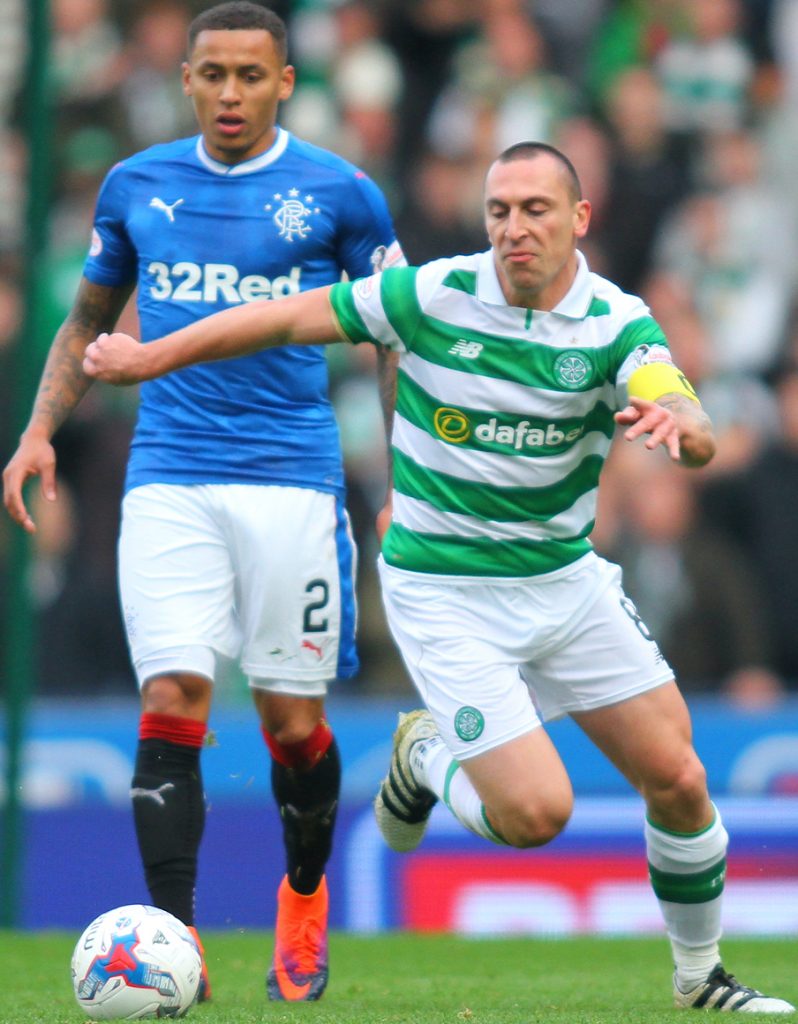 FOLLOW THE LEADER…Scott Brown races away from his Ibrox counterpart James Tavernier.

“He has been an unbelievable servant for Celtic, the way he has conducted himself and led as a captain. And the success for the club. He’s a huge part of that.”

Kennedy, speaking to the Daily Record, added: “These games always bring the best out of the best players. That’s ultimately what you see.

“The elite players are the ones who, when it comes to the big occasions, stand up and put in big performances.

“Scott has done it for a number of years. So it would be nice for him to do that one more time before he moves on.”