Celtic Quick News on News Now
You are at:Home»Latest News»BROONY HAD ‘BAD THINGS’ TO SAY
By CQN Magazine on 24th April 2019 Latest News

The Belgian, who is at the end Edinburgh outfit on a temporary transfer from Genoa, also admitted the Hoops star had some “bad things” to say about the close attention he was receiving.

Brown and Omeonga had a fierce 90-minute tussle throughout the confrontation in which five Edinburgh players were booked by referee Nick Walsh, including Florian Kamberi for a needless shove in the Hoops’ captain’s back.

The 23-year-old competitor, speaking to Hibs TV, said: “It was a great battle in midfield with Scott Brown, obviously everyone saw it. 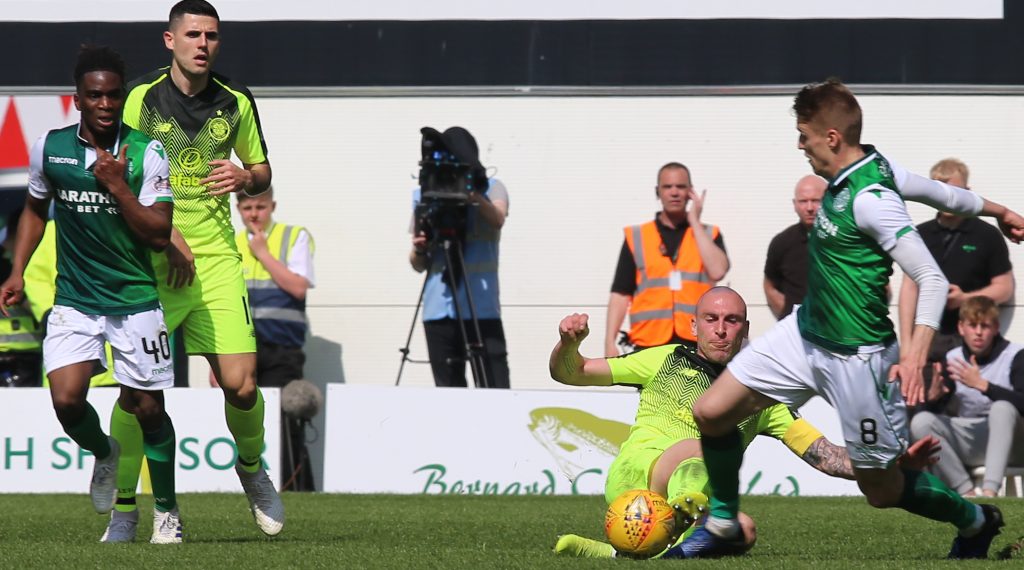 “We all know him [Brown] and he said some really good things about me on the pitch.

“But it was good, it was a good football game. I enjoyed the game, I enjoyed running and I enjoyed getting some ball back and running forward and just helping the team to get that result. It was a good one.”

Neil Lennon’s successor at Hibs, Paul Heckingbottom, detailed Omeonga to man-mark Brown from the first minute and he was never far from the 33-year-old’s side.

However, that did not prevent Brown putting in a marvellous performance that, unfortunately, failed to spark some of his team-mates as the champions failed to get the win that would have set up a potential title party against Kilmarnock at Parkhead on Saturday.