The switch of dates means the Hoops’ onfield leader potentially be available for the game at Ibrox, depending on the length of any ban if the charge against him is upheld.

Brown was accused of breaching a rule which states players must “act in the best interests of association football” over his celebrations at the end of the champions’ 2-1 triumph over Steven Gerrard’s Govan outfit last month.

Furious opponent Andy Halliday confronted the midfielder and earned a second yellow card for a sending-off to join Alfredo Morelos who was red-carded in the first-half for elbowing Brown in the face. 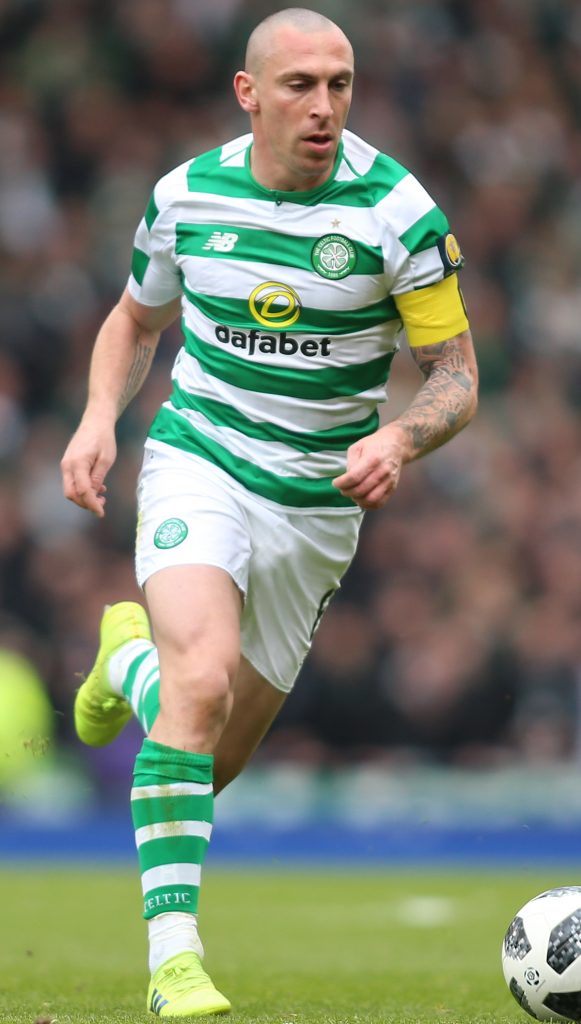 ON THE BALL…Scott Brown in charge against Aberdeen.

The 33-year-old Hoops ace’s case had initially been scheduled for May 2, just 10 days before Neil Lennon’s men travel to Ibrox in their second last Premiership game of the season with the odds on the eighth successive title already being won by the time it comes around.

The change of date to a week today means Brown would need to be handed a three-game ban to miss that Glasgow derby, as the club plays Kilmarnock and Aberdeen before the Govan confrontation.

The encounter against Gerrard’s side also saw the Hoops captain punched in the face by Ryan Kent in the immediate aftermath of the winning goal from James Forrest.

The on-loan Liverpool winger was banned for one match while boss Gerrard also accepted a one-game touchline ban relating to comments he made to match referee Bobby Madden.