Celtic Quick News on News Now
You are at:Home»Latest News»BROONY IN THE CLEAR
By CQN Magazine on 6th April 2019 Latest News

SCOTT BROWN will NOT be called to account for an incident involving James Kellerman in Celtic’s 2-0 triumph over St Mirren in Paisley on Wednesday.

The Hoops skipper has avoided action after a midfield clash with the Saints defender which was ignored by referee Don Robertson.

There were reports Brown may face a reprimand, but there were no moves from the SFA compliance officer before the fast-track deadline.

Manager Neil Lennon, as reported by CQN, spoke after the match and insisted: “The Brownie one is totally accidental, it’s not deliberate at all. It’s not like he has raised his foot. It’s just on the follow-through from the tackle.” 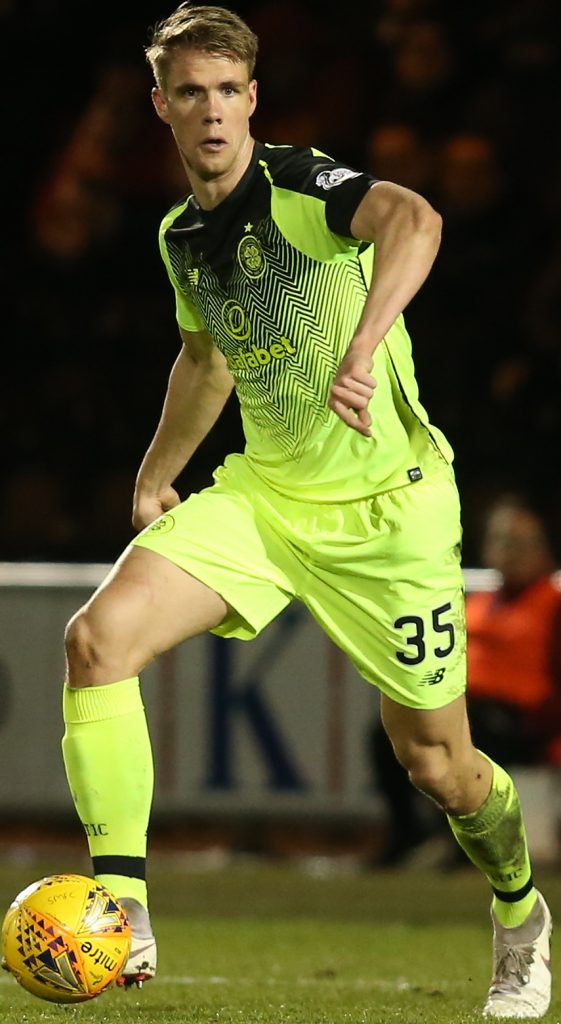 CLASH…Kristoffer Ajer took a sore one in the win over St Mirren.

Brown, though, still has a Hampden hearing on May 2 after charges at the end of last week’s 2-1 victory over Steven Gerrard’s Ibrox outfit at Parkhead.

Not so fortunate, though, is Paisley striker Duckens Nazon who is in line for a suspension for allegedly elbowing Hoops centre-back Kristoffer Ajer

The Haitian international caught the Norwegian flush in the face with his arm off the ball and has been accused of violent conduct.

Nazon faces a two-match ban, but will be free to play against Hamilton Accies this afternoon with a hearing pencilled in for Tuesday.